12 Motivation Hacks From the Best of the Best

Use these inspiring lessons from the most motivated in the world to reach your goals all the time.
Next Article

There’s no reason why committing to self-improvement and goals should be tied to New Year's Day. Every day can be a day for motivation with a renewed commitment to goals. Successful people understand this. Their thinking and habits make achievement a lifelong matter.

Check out the next 12 slides for inspirational beliefs to live by from some of the most motivated people in the world.

Related: 22 Successful Entrepreneurs Share What Inspires Them to Keep Going

Keep showing up no matter what. 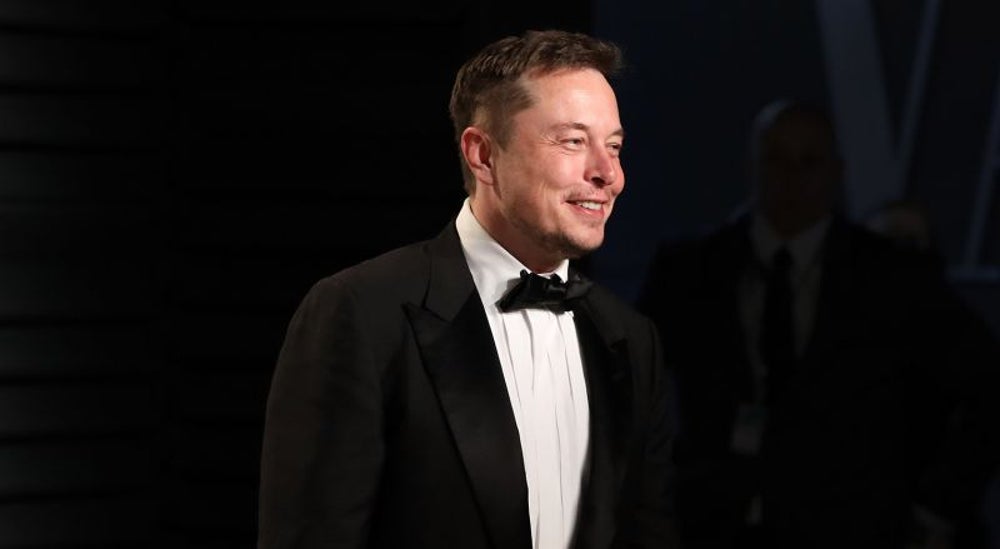 Elon Musk is an inspiration, not only because of what he’s accomplished, but because he shows up -- especially when things aren’t going his way. In 2008, while SpaceX was burning through funds and having trouble launching its Falcon 1 rocket, Musk had invested his personal fortune trying to save the failing Tesla and build the new venture Solar City. He was living off of personal loans and going through a costly divorce.

Most people would quit, but Musk was able to put his nose to the grind and do his part as a leader and turn matters around. Even when when you feel like you’re failing and the tide is against you, put on your best face and show up.

Related: Fuel Your Drive With These Motivational Stories of Elon Musk, Jeff Bezos and Oprah Winfrey 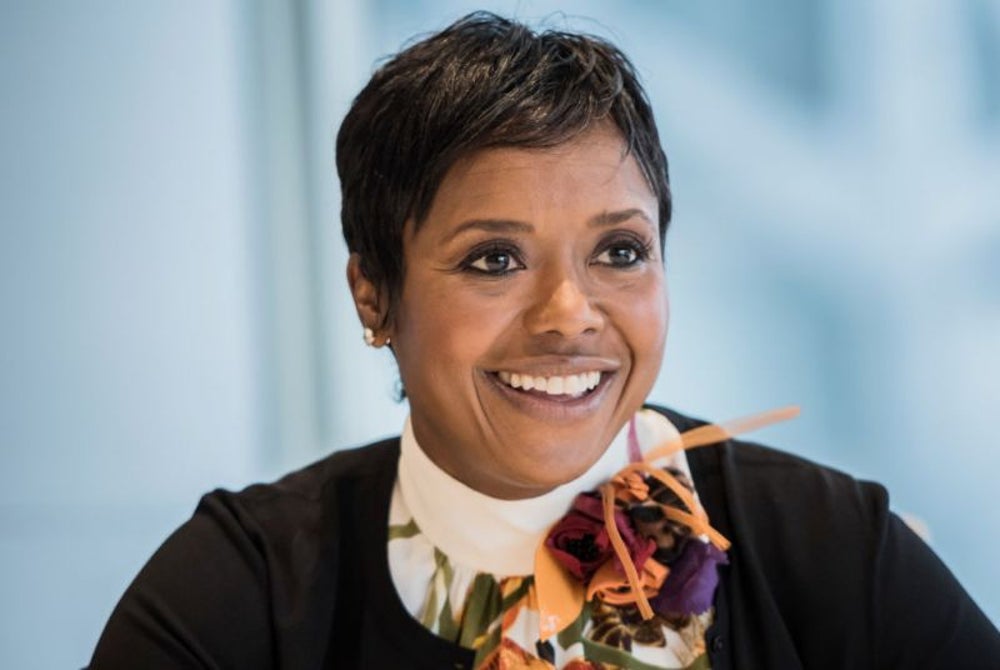 Working hard brings its own rewards. “Feeling a sense of purpose is perhaps the most important thing in life,” said Susan Weinschenk, PhD, founder and principal at Weinschenk Institute and author of How to Get People to Do Stuff. “You don't have to get this feeling from your job or career, but it's your best bet (outside of raising kids, which is also a job) since, if you are an average American, you will spend over 90,000 hours at it in your lifetime.”

Mellody Hobson, president of Ariel Investments, didn’t get where she is by chasing wealth. She followed the work and honed her ability to do. “When people look at all the things I do, they say it’s overwhelming, but I don’t feel overwhelmed,” she said. “I get it done. I’m very organized, and it’s all tied together.”

Hobson has also been known to say, “The one thing I knew I could do is outwork everyone.” Her ambition and drive was born during a difficult and poor childhood, and it served her when she got to Princeton for her undergraduate studies and when she joined the ranks of board executives. Now at the top, Hobson has been using her influence to push for more minorities and women in the boardroom.

Related: 10 Ways to Stay Motivated as an Entrepreneur 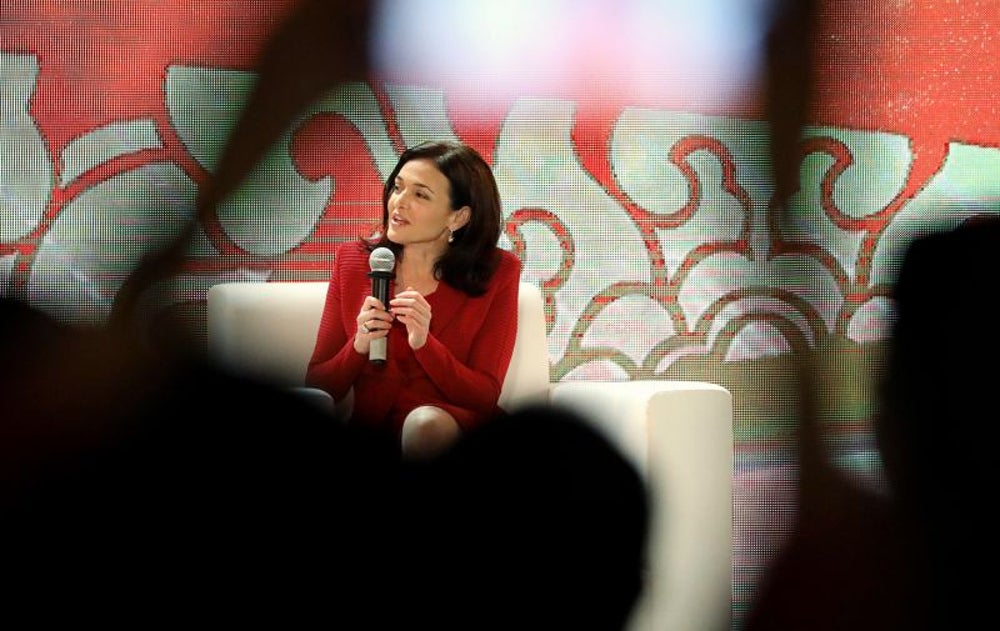 There’s nothing like helping others reach their goals to fuel your own. Being someone’s cheerleader and counsel has the wonderful effect of renewing your inspiration and seeing your own challenges differently.

While Sheryl Sandberg doesn’t appear to be someone who needs a lot of motivation, it’s possible the motivation she possesses is nurtured by her constantly motivating others. The Facebook COO has become a cultural icon and source of inspiration through her close-to-the-bone public speaking engagements, Facebook posts and career development and self-help books. 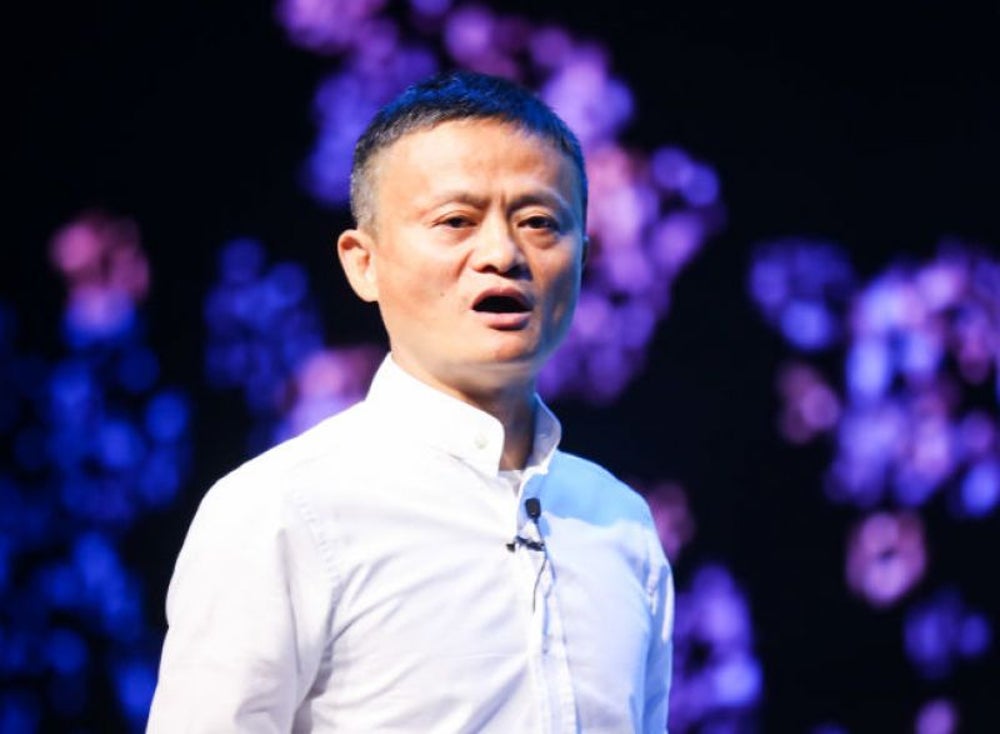 Motivation is tied to your worldview and perspective, and the beauty about entrepreneurs is that they’re problem-solvers -- they see opportunities where the rest of the world sees obstacles.

Jack Ma, founder and executive chairman of Alibaba Group, once said, “Opportunities lie in the place where the complaints are.” Ma didn’t grow up with wealth or status. As one of three children from a poor family in China, Ma always sought opportunities for betterment. When President Richard Nixon visited his hometown in 1972, he used that opportunity to give free tours to the influx of American tourists in exchange for lessons in English.

While Ma got his college degree in teaching, he was an entrepreneur at heart. It didn't take long for him to ditch teaching and start his own translation business. It was during a trip to United States while he was helping a Chinese business recover payment that he got the idea for Alibaba. It was 1995, early in the days of the internet, and Ma was searching online for beer. He was astonished to discover that no Chinese beers emerged in the search results. That problem became Ma’s ah-ha moment.

With little capital of his own, except determination, the “godfather of China’s scrappy entrepreneurial spirit” decided then and there to start an internet company for China. Two failed ventures and four years later, that idea became the successful Alibaba.

Related: 20 Motivational Quotes to Inspire Your Next Business Idea 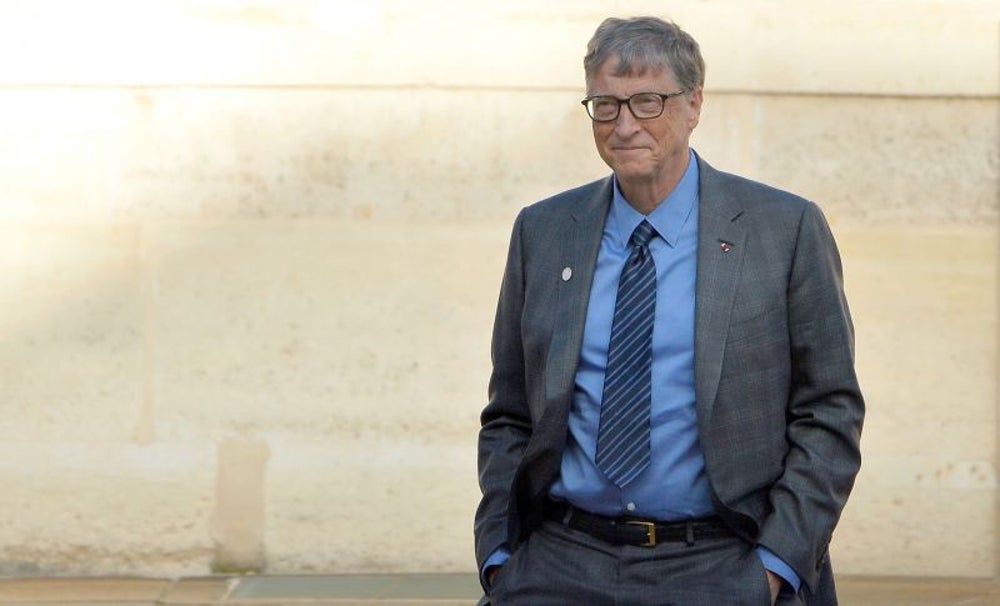 You’re surrounded by inspirational material to keep your motivation primed, so make use of all of it. Whether it’s TED Talks, podcasts (like the inspiring “How Success Happens”), YouTube channels, articles or books, seek them out and build them into your weekly life.

Even tech titan Bill Gates builds inspirational activities into his busy life. Following his retirement as CEO of Microsoft, Gates threw himself into the Bill & Melinda Gates Foundation, which funds both education and health initiatives. He finds a lot of motivation through reading, finishing approximately 50 books a year and favoring ones that are related to the work his foundation is doing -- or the work he’s interested in pursuing.

Ask yourself if you’re doing what is most important to you. 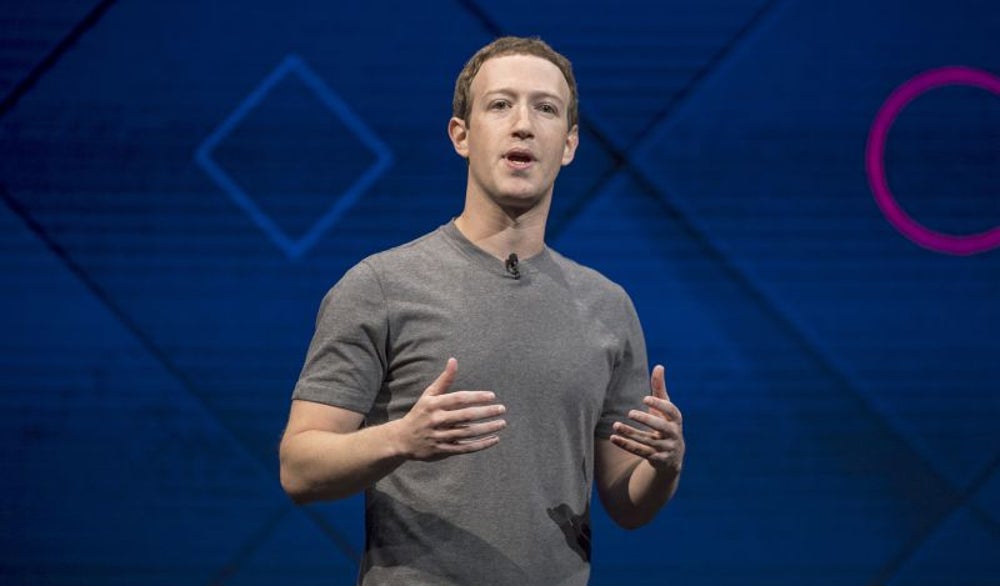 Resolutions and goals are easier when you tie them to something important. If you set your sights on being energetic and healthy so that you can be more present for your family, those resolutions hold a lot more significance than simply losing weight or fitting into a particular dress or pants size.

Mark Zuckerberg didn’t get into the tech business for the money or fame. His journey to connect people using technology began when he was 12 and developed a digital messaging system for his father’s dental practice. Zuckerberg could have gotten a large payout in high school, when Microsoft and AOL tried to buy the music software program he had developed. He was also recruited by both, however he declined both the money and job. Instead, he went to Harvard, where he developed Facebook during his sophomore year.

His motivation? "The question I ask myself like almost every day is, 'Am I doing the most important thing I could be doing?'” the Facebook CEO has said.

Related: 10 Ways to Motivate Yourself When You're Really Not Feeling It


Schedule downtime for yourself. 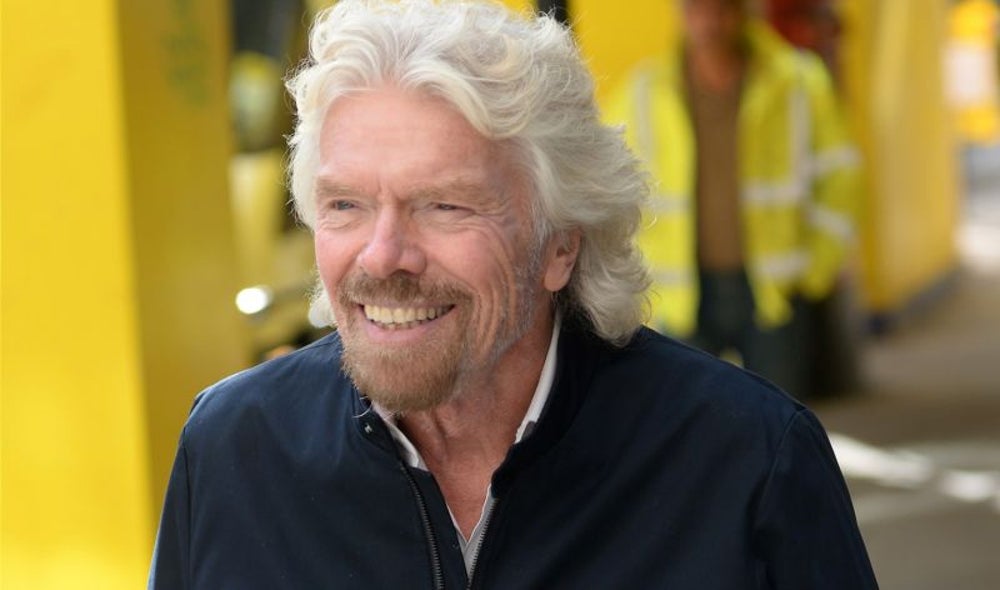 To stay motivated, you need to build in some restorative time for yourself, whatever that may be. Perhaps it’s a half hour of meditation or exercise or reading a book for pleasure. The point is, motivation is nourished by taking care of your mental and physical self.

Richard Branson bought his own paradise, Necker Island, to create his own place of self-restoration. Branson writes in a Virgin blog post that while on Necker Island, he kitesurfs every day. "It's great exercise, recreation, relaxation and stress management.”

Related: 10 Ways to Motivate Yourself When You're Really Not Feeling It


You don’t have to do anything. You choose to. 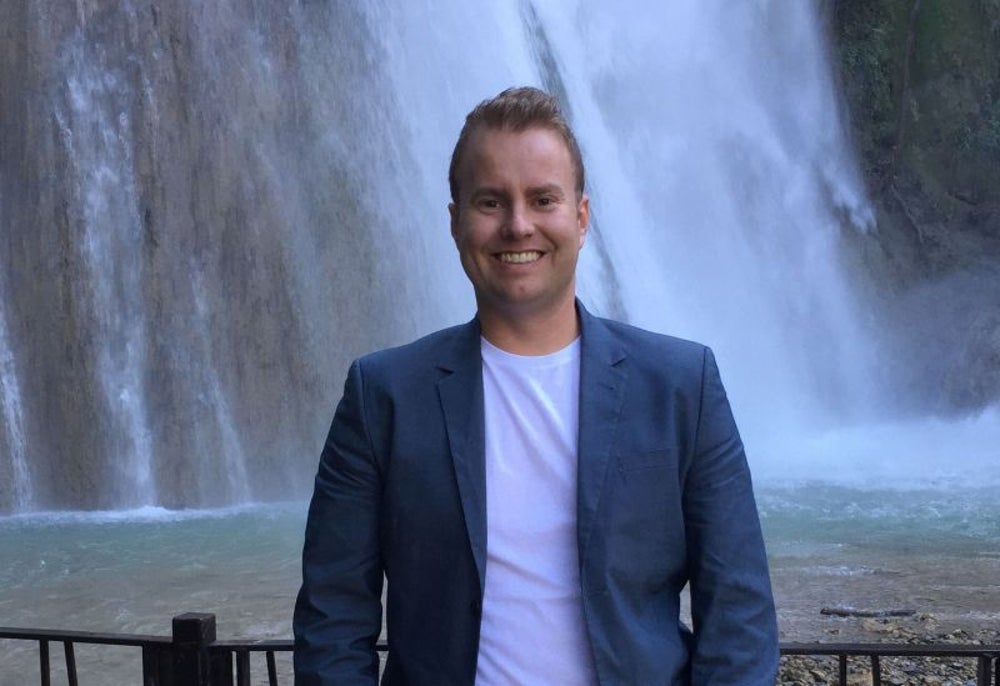 Everything you do in life is a choice. Even things that feel compulsory: You don’t have to go to work. You don’t have to pay taxes. There are arguably compelling reasons why you do so and want to, but what you do is your decision. Choice can be empowering.

In order to combat foot dragging that comes with changing behavior or new challenges, entrepreneur and invoice software investor John Rampton wrote that you have identify your sources of resistance -- usually related to those voices that either say “I have to,” “I shouldn’t” or “I can’t.” Then, replace those negative voices with ones that are about choice. Use language such as “I choose to do something that gets me closer to a goal. I want to accomplish things I set my mind to.”

Related: Science Discovers Why Some People Are Motivated to Succeed While Others Aren't

Decide that you’re going to be someone who makes it happen. 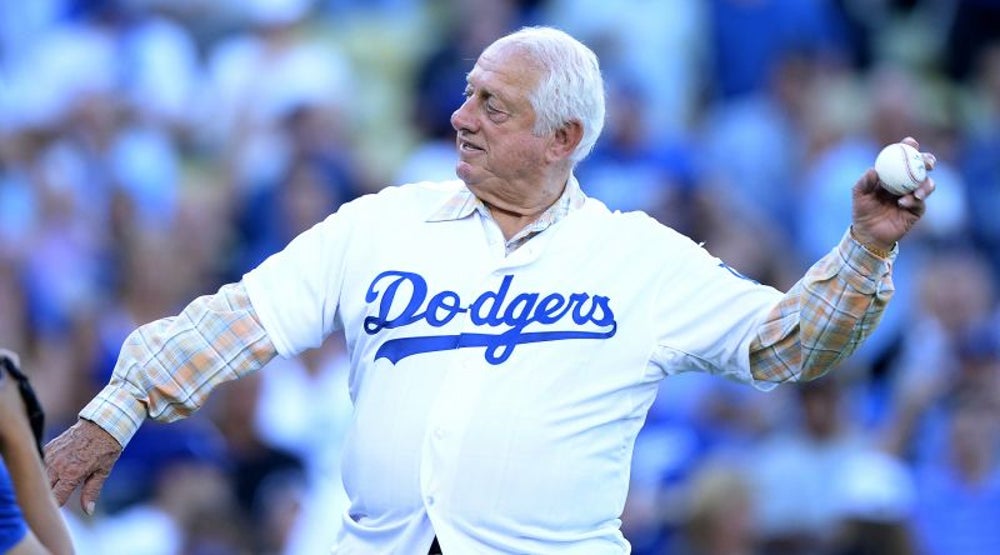 Baseball great Tommy Lasorda once said, “In baseball and in business, there are three types of people: Those who make it happen, those who watch it happen and those who wonder what happened."

We all know those people who always talk about what they’re going to do -- but never actually get around to doing it. Or those who watch others enviously, thinking, “I can do that.” And then they don’t.

Participate as an active leader in your life, whether you decide to get up an hour earlier every morning and hit the gym or quit your 9-to-5 job to fulfill a lifelong dream of starting your own company. Your actions should serve as the example that others want to follow.


Surround yourself with a tribe of motivated people. 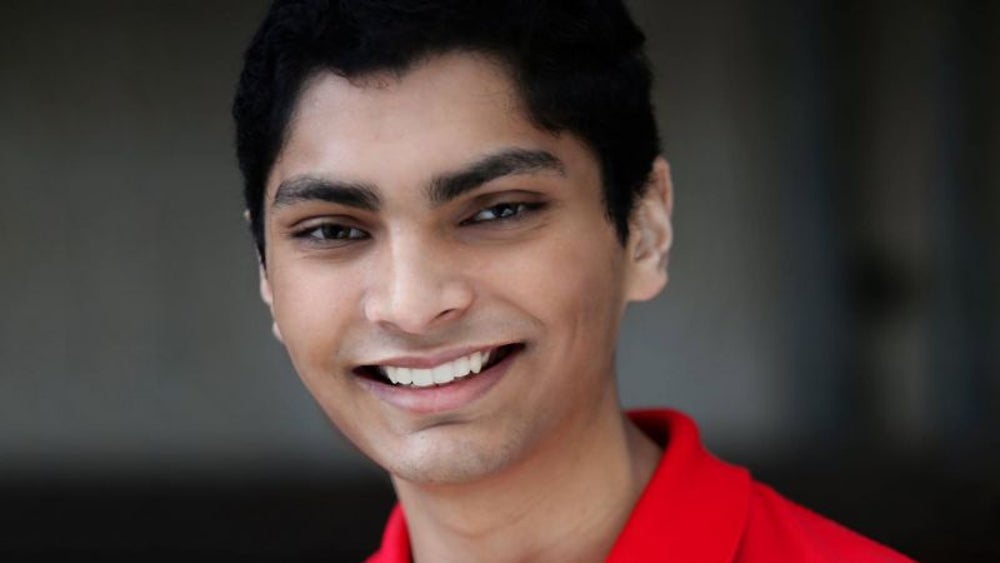 The people you surround yourself with have a direct effect on your success. If you’re spending time around people who are positive, relentless, solution-oriented and successful, chances are you’ll not only be pushed to be your best self, but you’ll benefit from great mentorship.

On the flip side, if you’re spending time with naysayers who think that anything hard isn’t worth trying, or prefer complaining over finding solutions, you’re being drained of precious time and emotional energy. Deep Patel, author of A Paperboy’s Fable: the 11 Principles of Success, writes that toxic types have no reason to encourage you toward your goals. So create distance with them, and do it quickly.

Related: To Be Successful Stay Far Away From These 7 Types of Toxic People 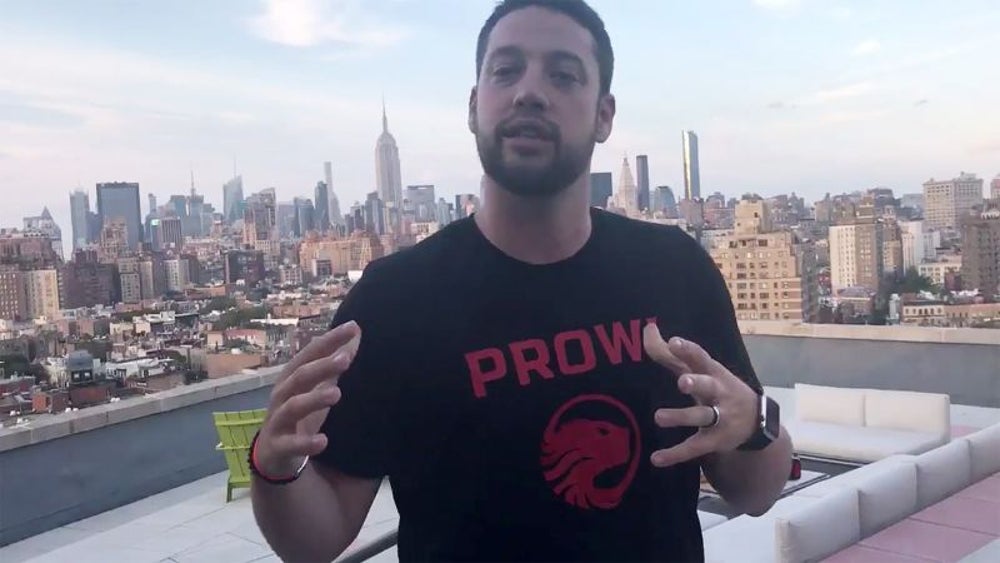 It doesn’t matter how you share your goals and progress. Share them with a career-related support group, with colleagues, friends, family or over social media (although do so thoughtfully). The point is, by announcing your intentions, you have made yourself accountable to other people, who may ask you about your goals, celebrate your wins and offer support during your setbacks.

There’s also evidence that shows that publicly sharing your progress can help motivate you to reach your goals. A weight loss study showed that participants who share their progress over Twitter lost more weight than those who kept it to themselves. 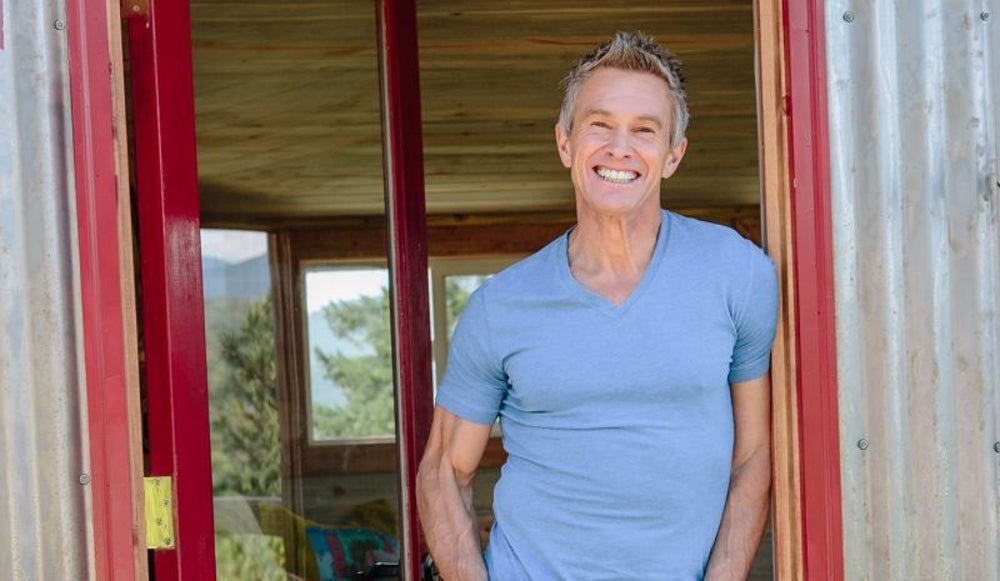 Instead of multitasking, focus on a single task, from start to finish. Easier said than done in this tech-saturated, smart gadget day and age, but here’s the reason why single tasking can help motivate you. First, our brains aren’t built to multitask, so while we're able to switch between tasks, we’re not actually focused on doing each task all that well. When you don’t do something well, it’s hard to feel motivated to do it at all.

James Rouse, a naturopathic doctor and author of Think Eat Move Thrive, said, “We finish about 50 percent less when attempting to tackle a few duties at once, instead of focusing on each one individually.”