Thinking about joining the gig economy? Here are some of the highest-paying jobs.
Next Article

From flexible hours to the ability to work from anywhere: The gig economy.is attracting more and more people, and it's no wonder.

There are 56.7 million freelancers in the United States, according to a 2018 survey of 6,000 U.S. workers by Upwork and the Freelancers Union. Freelancers represent one in three U.S. workers (35 percent); their numbers have increased by 3.7 million over five years.

Freelancers also tend to prioritize their lifestyle over their earnings: Fully 84 percent of freelancers surveyed felt this way, versus 64 percent of other workers.

Beyond figuring out your lifestyle priorities, to be successful as a freelancer or gig economy worker, you've got to cultivate the right skills. Many of those skills revolve around technology. To pinpoint the most highly sought-after skills that companies look for in their contract workers, Fit Small Business analyzed data from freelancing websites, including Upwork, Freelancer, People Per Hour, Hubstaff and Guru to uncover the highest-paying gig economy jobs of 2018. Here are the top 10. 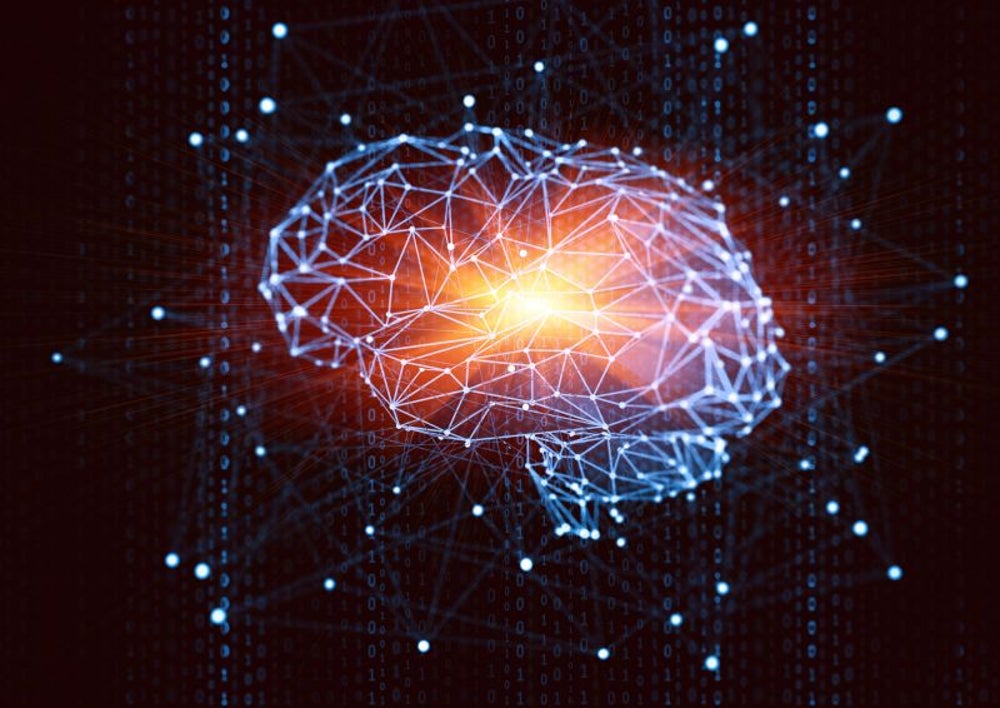 With the rise of AI, it's no surprise that deep learning jobs take first place for the highest-paying gig economy jobs. Deep learning is a category of machine learning that entails the development of neural networks that are inspired by and similar to those of the human brain, without needing labeled or structured data to function. Freelancers in this area have job titles like data scientist (average hourly wage, $40.25), software engineer ($38.50) and machine learning engineer ($30.72), according to Indeed.com.The FitSmallBusiness report set their average per-hour higher: at $115.06.

These professionals have skills in algorithms and programming languages such as Tensorflow, Python, R, Java, Matlab, Perl and C++. 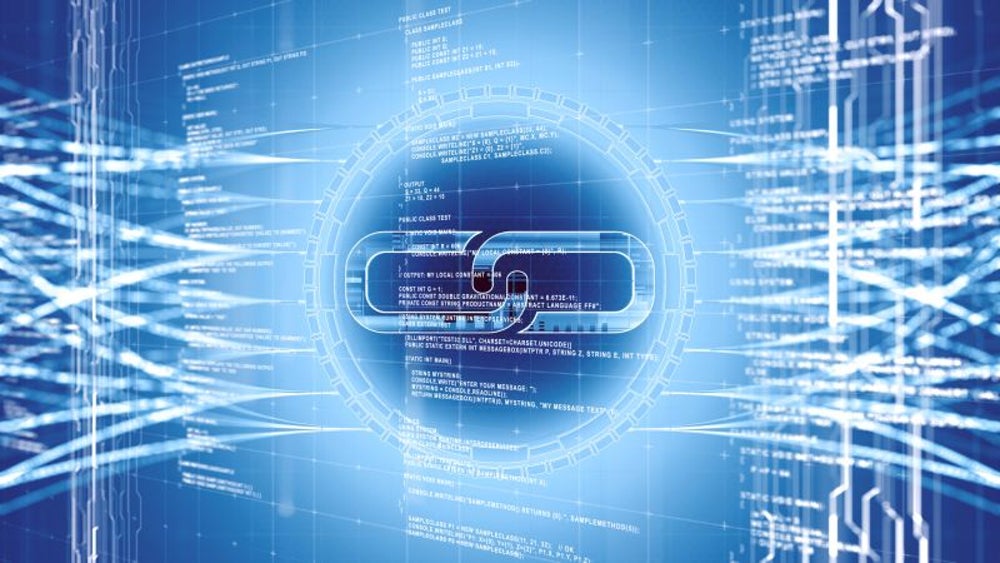 Image credit: MF3d | Getty Images
With the massive rise of cryptocurrency over the past few years, it's no surprise that blockchain jobs are the second highest paid category in the gig economy, with an average hourly rate of $87.05. Blockchain, the technology used to power cryptocurrencies, holds major opportunities for tech-savvy people. On top of the highly popular Bitcoin, Ethereum and Monero, more and more digital currencies are popping up every day. To join the cryptocurrency revolution, blockchain freelancers should have backgrounds as developers or digital architects. Their primary tasks typically consist of designing and developing blockchain technology for new cryptocurrencies, helping to build exchanges and helping businesses set up cryptocurrency transactions for customer purchases. Blockchain freelancers should be experts in C++, Python and Solidity. 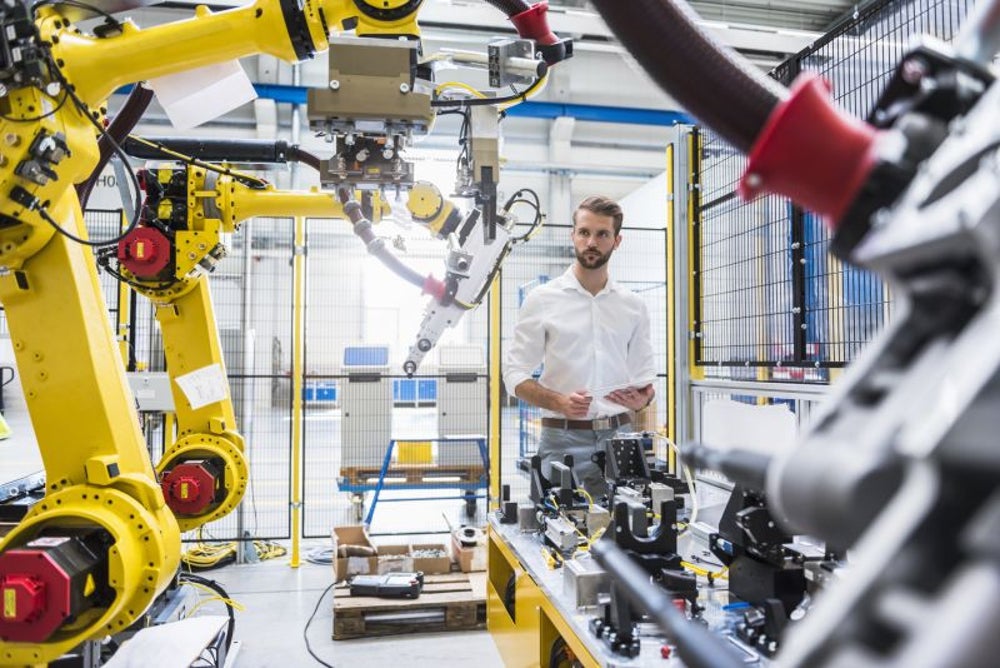 People often fear that a robot will come in and take their job -- and unfortunately, that fear might not be so far-fetched. More and more robotics and technology companies are revealing advanced robots and automated technologies to help streamline tasks and make operations more efficient. However, while robots might take some jobs, there is still a need for people to fill robotics jobs. That's why this area is the third-highest-paying gig economy job, with an average hourly rate of $77.46. Robotics freelancers are typically responsible for building and designing mechanical elements and machinery, and have skills in mechanical engineering software such as SolidWorks Professional, Photoview 360, Simplify3D and eDrawings. 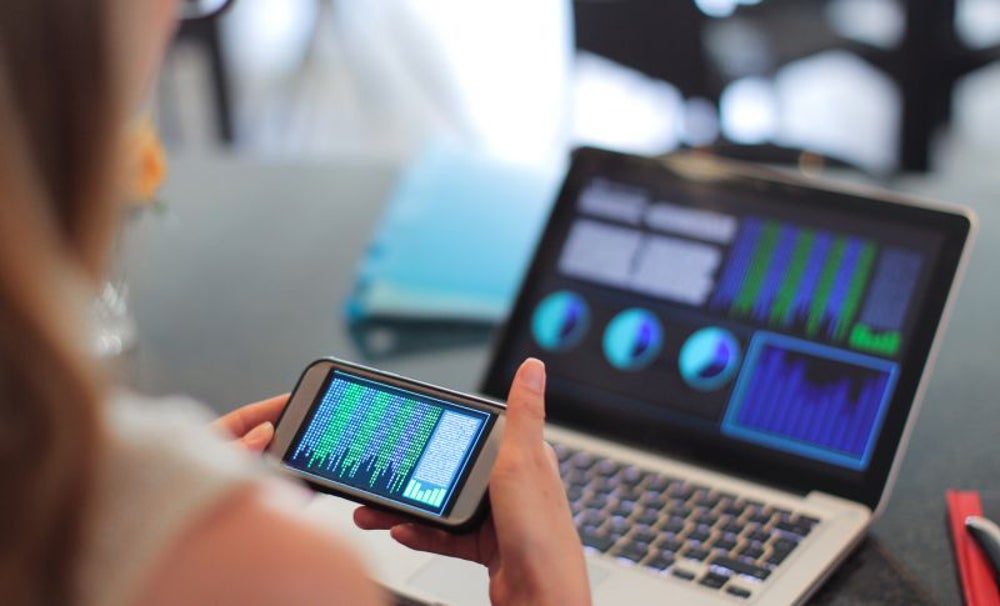 Image credit: Petri Oeschger | Getty Images
Penetration testers, also known as "ethical hackers," are incredibly helpful to companies in checking their systems for potential security vulnerabilities and protecting them from criminal hackers. These freelancers typically have a strong background in coding and programming, are certified systems-security professionals and are familiar with common attack vectors, mitigation techniques and web application vulnerabilities. The average hourly pay for freelance penetration testers is $66.33. 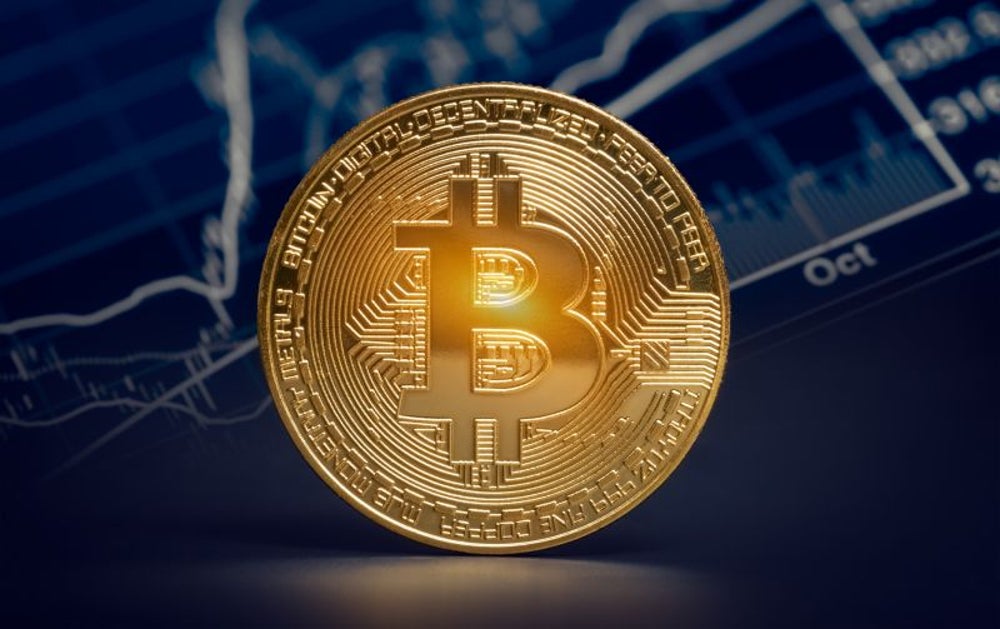 Bitcoin's been all the rage over the past year, with the price of a single Bitcoin going from $900 at the beginning of 2017 to $20,000 that December, then starting its steep 2018 drop, closing the year at $3,747 and continuing to drop -- as of February 2019, it was $3,358.85. Bitcoin's is an extremely volatile market, with some people predicting it will crash completely and others betting on a positive future. Initially launched in 2009, Bitcoin became the first-ever cryptocurrency and that year was the first time people began using blockchain technology. Whatever the future of Bitcoin might be, the skills it requires are highly sought after and entail building automated tools for trading and exchanges, developing market charts, automating sending and receiving of altcoins and setting up Bitcoin payments on apps and websites. Bitcoin freelancers typically make $65.37 an hour, according to the FitSmallBusiness report, and have expertise in Python, Javascript (Node.JS), Ruby, PHP and other programming languages.

Image credit: Amazon
Unlike traditional servers that run all the time and charge for the space an application takes up even when not in use, Amazon Web Services Lambda only runs code when an event triggers it and only charges for the time that the code runs. This is becoming a popular area for freelancers because businesses are beginning to opt for AWS Lambda over traditional servers because of its low costs. Freelancers who specialize in AWS Lambda know how to write and load code for Lambda, and are proficient in Node.js, Python, Java and C#. The average hourly pay for freelance AWS Lambda jobs is $51 per hour, according to the FitSmallBusiness report. 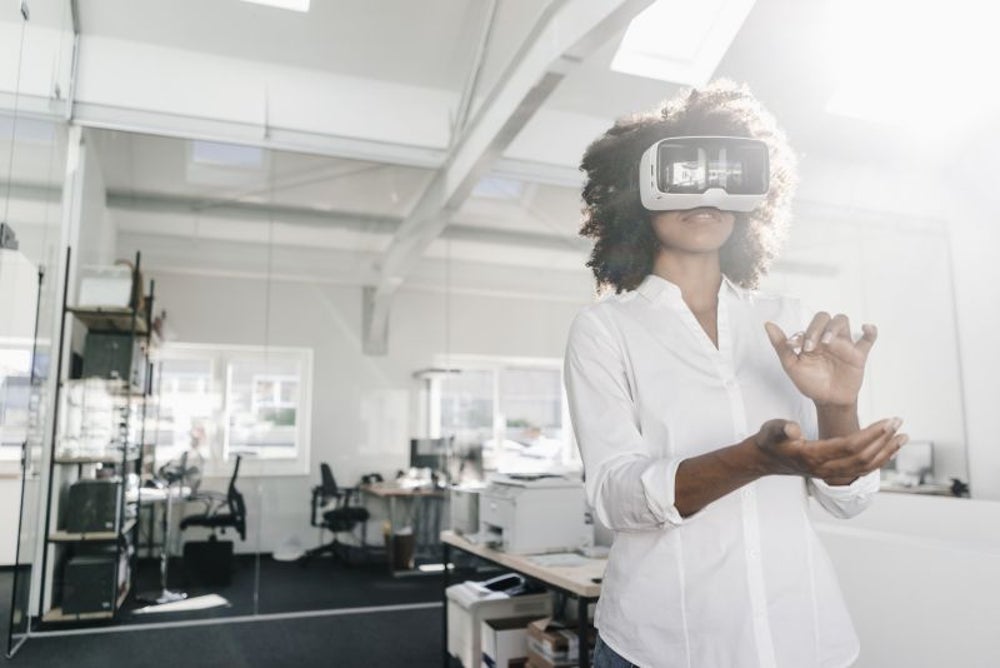 Related: Everything You Need to Know About Hiring a Freelancer

Image credit: React.js
React is a JavaScript library for creating user interfaces, primarily used by front-end software developers. React provides developers templates and resources that already have written codes that contain operations, functions, classes and data structures so developers don't have to start from scratch when building UIs. A number of major businesses such as Airbnb, American Express and Yahoo rely on React, so it's a great area to get into. To excel as a React.js freelancer, you should have a background in software development and be fluent in JavaScript, HTML5 and CSS. The average hourly pay for React.js jobs is $40.75. 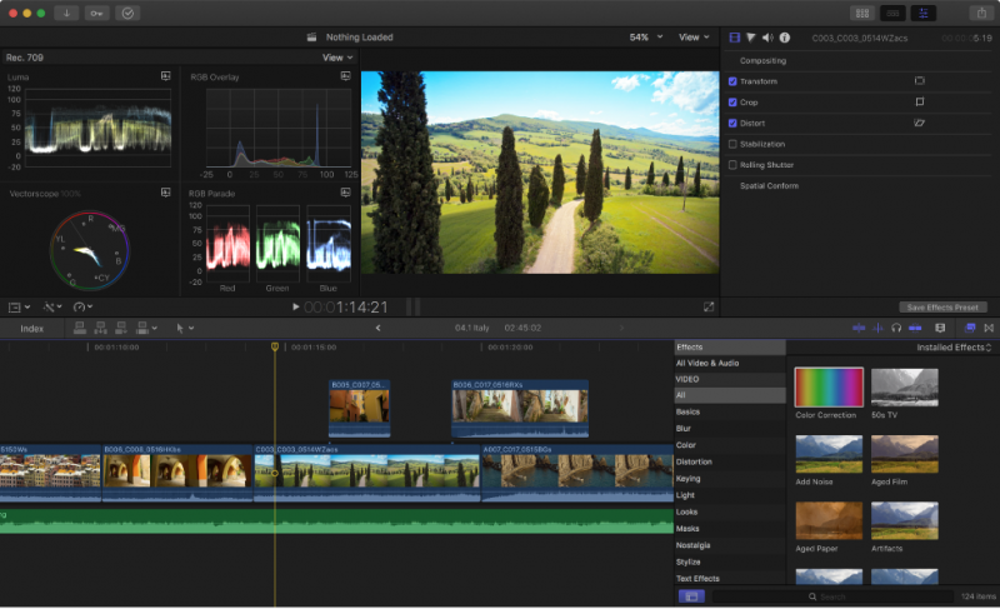 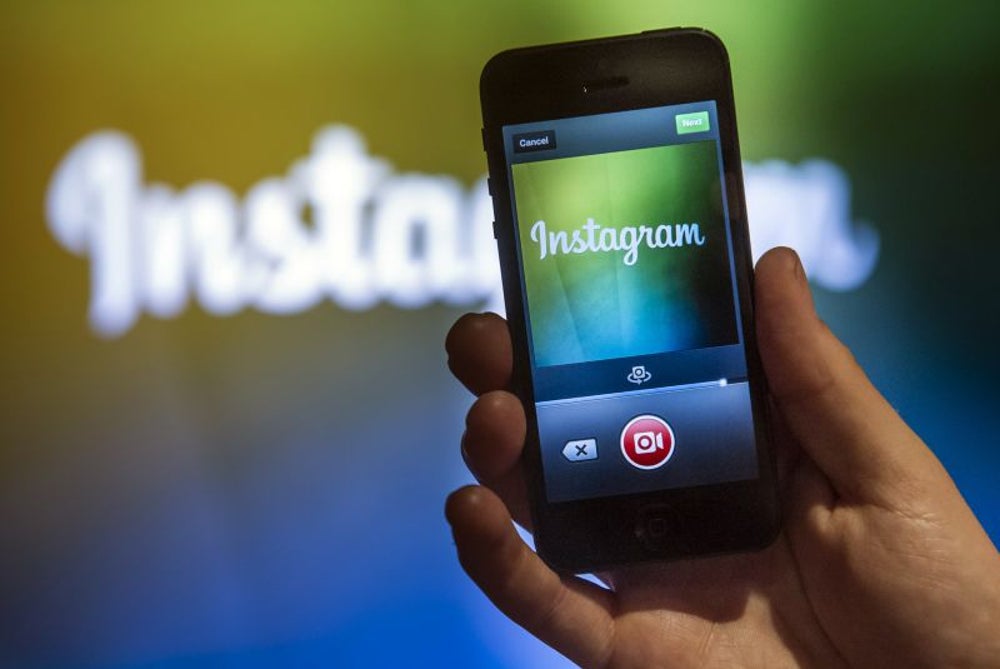