No matter the industry you're in, these Reese Witherspoon quotes can push you to do more.
Next Article

Move over Elle Woods, Reese Witherspoon has long broken out of her classic role in Legally Blonde and has taken the stage not only as an actress but a producer, an entrepreneur and a voice for women.

The Oscar-nominated, Golden Globe-winning actress, known for films including Legally Blonde, Election, American Psycho, Wild and more, has an extensive on-camera resume, however she's just as impressive off-camera too. On top of her success as an actress, Witherspoon also launched a production company, Hello Sunshine, which, according to its website, is "all about shining a light on female authorship and agency." The company is behind the success of many popular films and series, including Gone Girl, Wild and Big Little Lies.

Outside of Hollywood, Witherspoon started a children's clothing company, Draper James, which she partnered with Girls Inc. to launch. She also founded Avon Foundation for Women, focused on bringing an end to domestic violence. It's safe to say, Witherspoon's not your ordinary Hollywood star and she's making strides towards a more equal world, inside and outside the entertainment industry.

To learn more from Witherspoon on topics such as success, fame and equality, check out these 10 inspiring quotes. 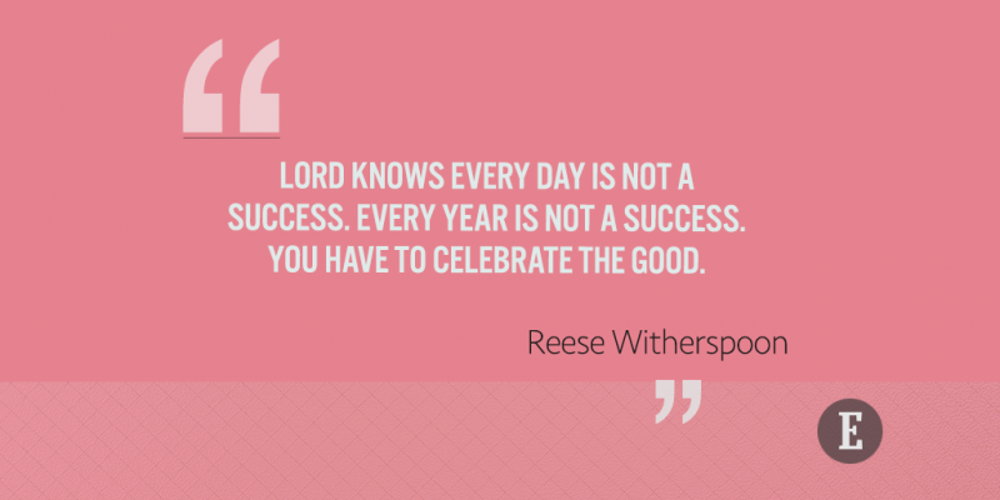 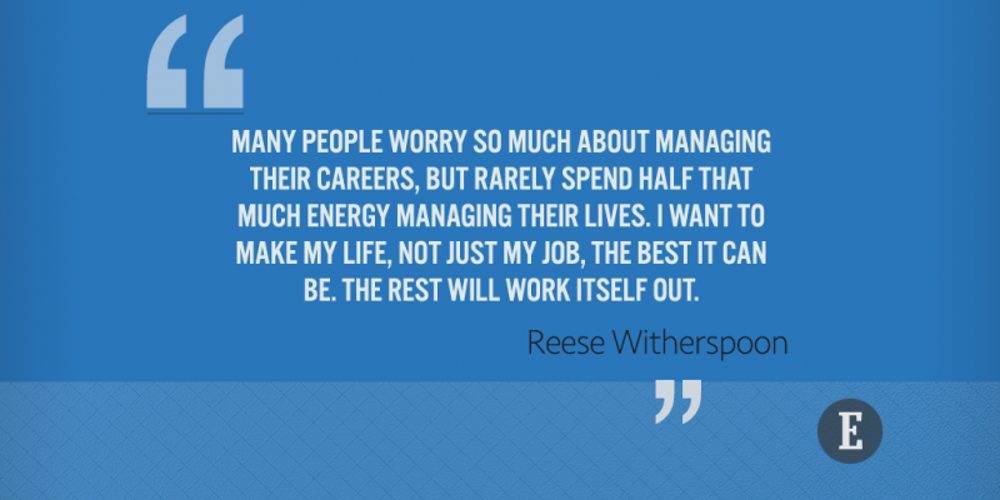 Image credit: Entrepreneur
"Many people worry so much about managing their careers, but rarely spend half that much energy managing their lives. I want to make my life, not just my job, the best it can be. The rest will work itself out." -- Reese Witherspoon 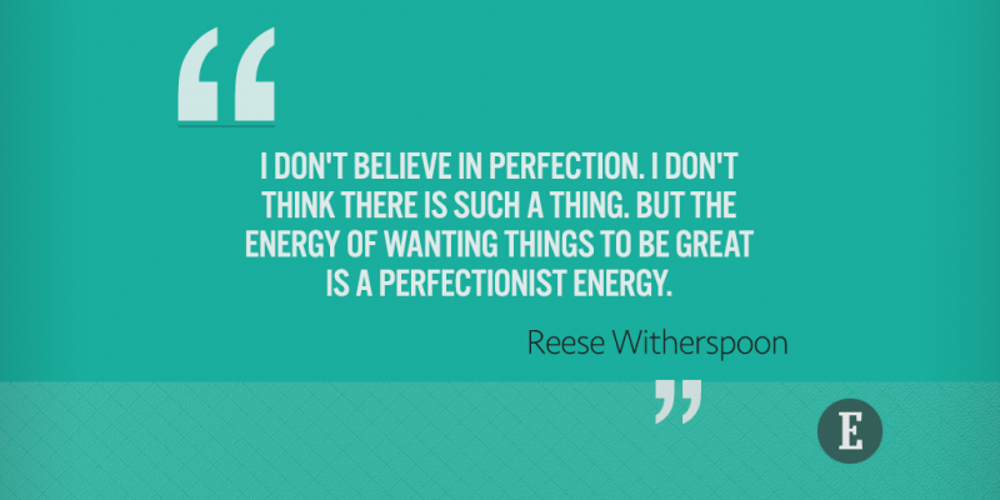 "I don't believe in perfection. I don't think there is such a thing. But the energy of wanting things to be great is a perfectionist energy." -- Reese Witherspoon 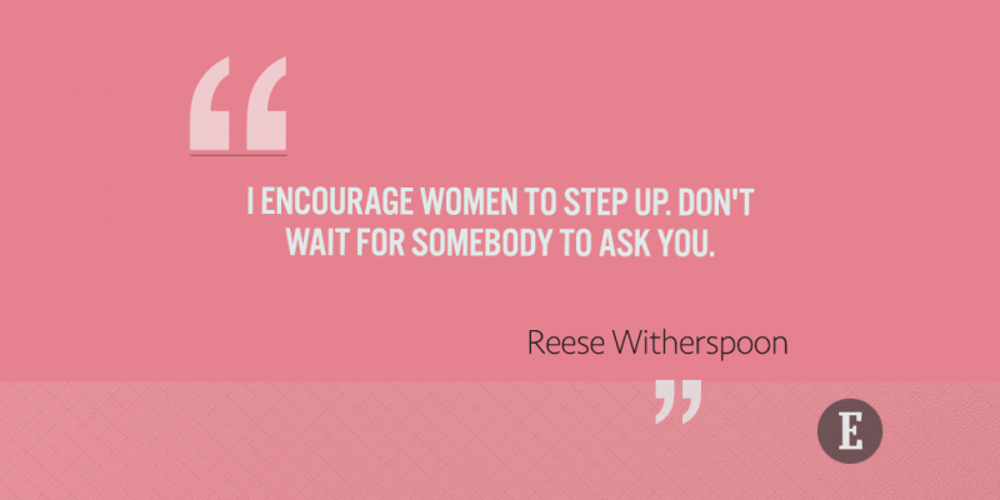 Image credit: Entrepreneur
"I encourage women to step up. Don't wait for somebody to ask you." -- Reese Witherspoon 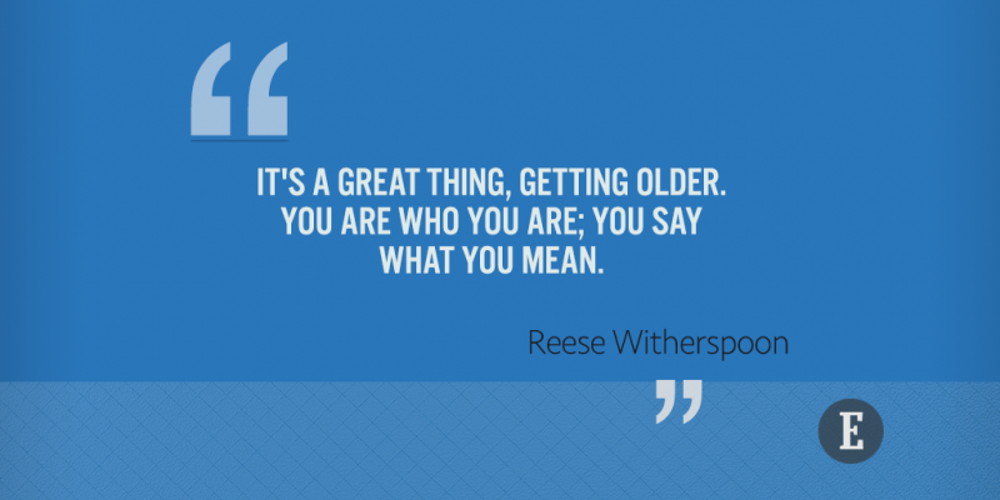 Image credit: Entrepreneur
"It's a great thing, getting older. You are who you are; you say what you mean." -- Reese Witherspoon 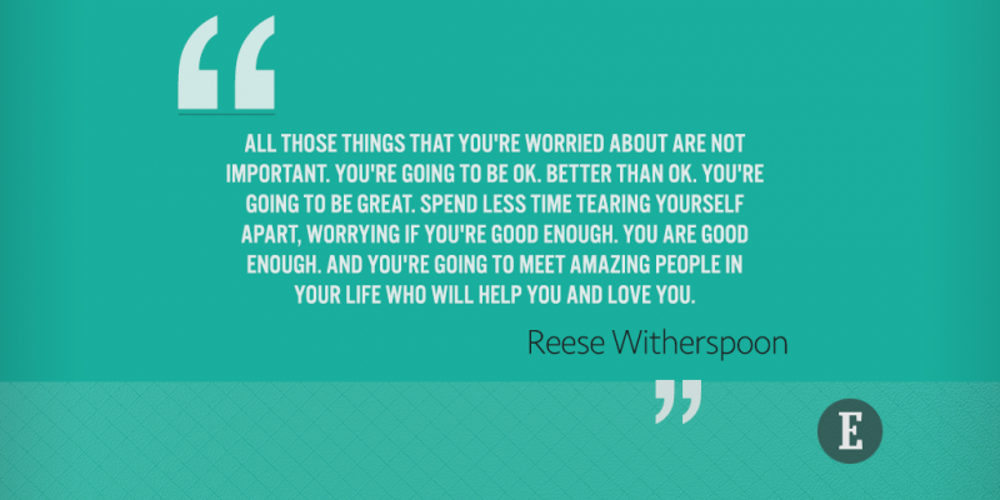 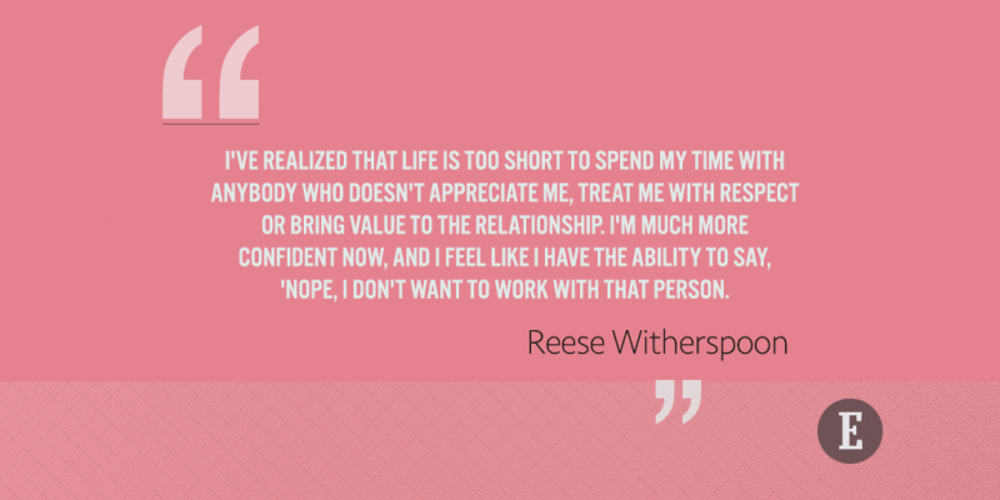 "I've realized that life is too short to spend my time with anybody who doesn't appreciate me, treat me with respect or bring value to the relationship. I'm much more confident now, and I feel like I have the ability to say, 'Nope, I don't want to work with that person.'" -- Reese Witherspoon 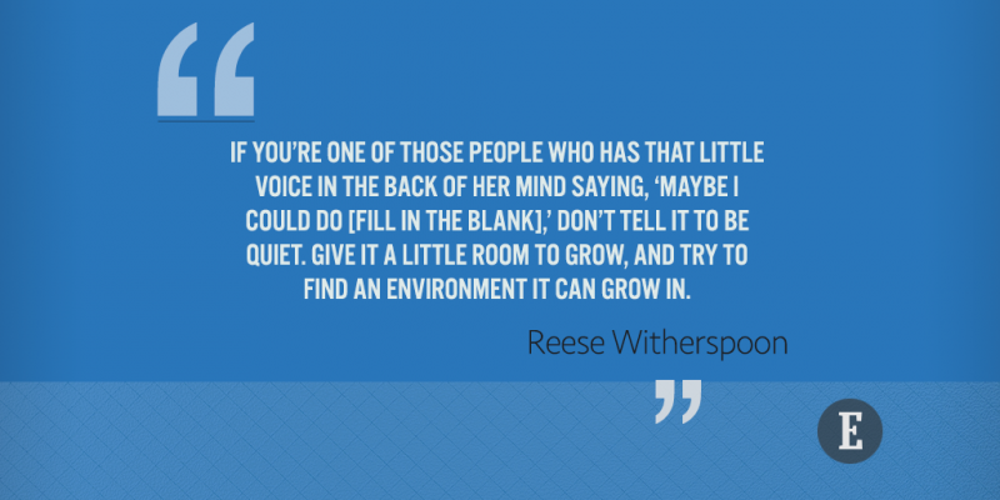 Image credit: Entrepreneur
"If you're one of those people who has that little voice in the back of her mind saying, 'Maybe I could do [fill in the blank],' don't tell it to be quiet. Give it a little room to grow, and try to find an environment it can grow in." -- Reese Witherspoon 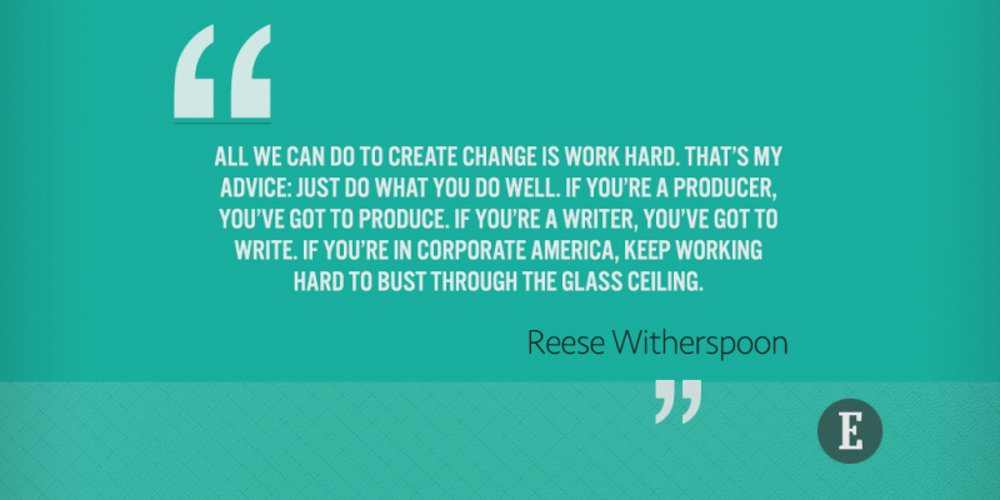 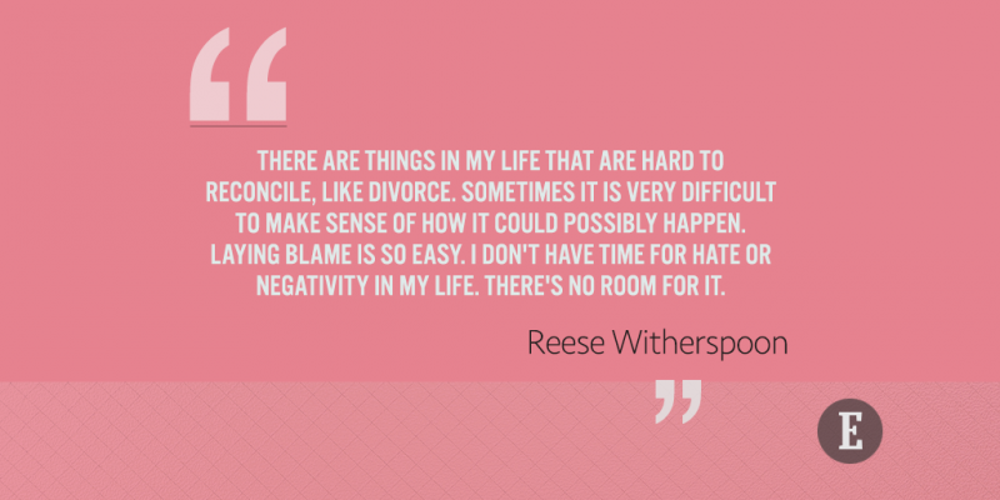 Image credit: Entrepreneur
"There are things in my life that are hard to reconcile, like divorce. Sometimes it is very difficult to make sense of how it could possibly happen. Laying blame is so easy. I don't have time for hate or negativity in my life. There's no room for it." -- Reese Witherspoon
Join The Newsletter
Close
Subscribe to our email list and be in the know
Thank You
For Subscribing To