Check out these businesses that became wildly successful -- despite turning down their 'Shark Tank' offers.
Next Article


On ABC's long-running series Shark Tank, entrepreneurs present their golden idea to a panel of business-savvy individuals. The entrepreneurs' goal is to get at least one of the sharks to fund them, and the shark's goal is to find a potentially good investment and own a piece of the business.

Related: The 15 Craziest Things These Billionaires Spend Their Money on

Click through to see the Shark Tank businesses that became wildly successful -- despite turning down their offer. 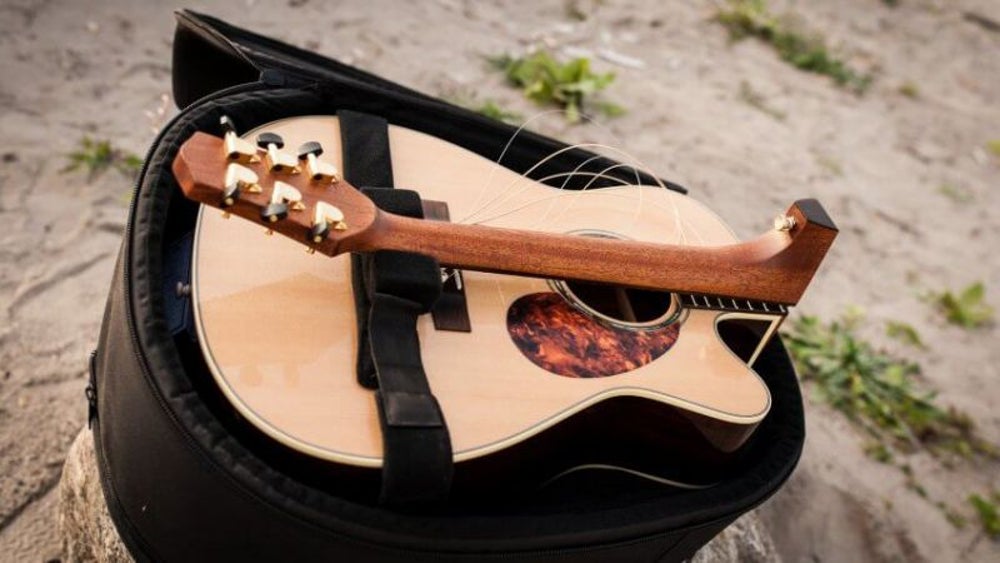 Jeff Cohen first appeared on the first season of Shark Tank, asking for $500,000 for 5 percent of Voyage-Air Guitars, which makes guitars that fold in half for easier transportation. Kevin O'Leary offered $500,000 for a 51 percent stake in the company, which Cohen declined.

Cohen returned for a taping in Season 3, which eventually led to a finalized deal between O'Leary and Cohen in Season 4. And today, the business is still in play, with a variety of guitars and accessories for sale. A visit to its website shows that the company has partnered with Reverb to offer financing options on Voyage-Air guitars for as little as $41 per month. 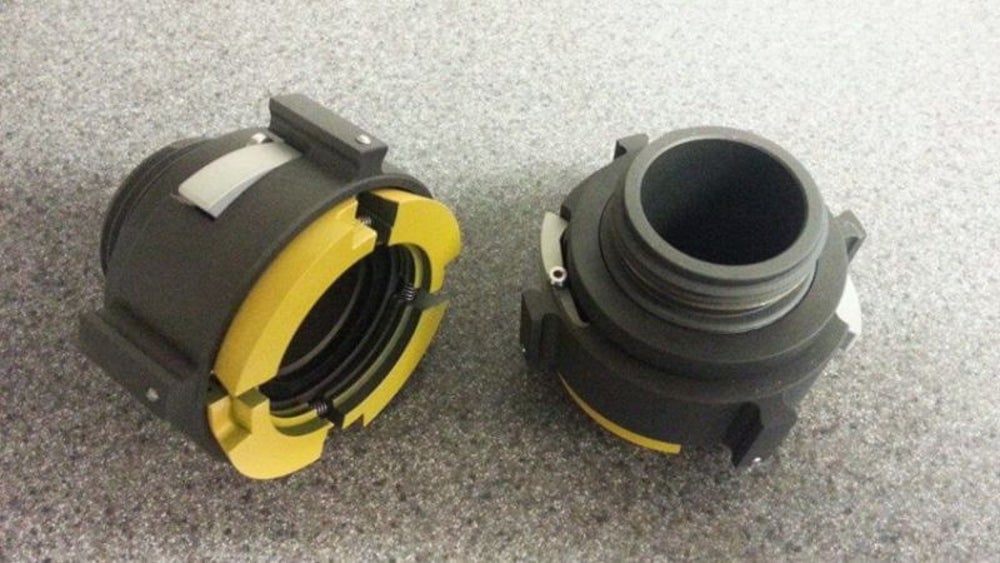 Hy-Conn owner Jeff Stroope asked for $500,000 for a 40 percent equity stake in his fire hose hardware manufacturing company during the second season. During his pitch, Stroope demonstrated that his connector shaves valuable seconds off the time it takes to connect a hose to a fire hydrant, potentially saving lives.

Mark Cuban saw a big opportunity to license the design for consumer hoses and offered $1.25 million, plus a three-year employment deal worth $300,000, to buy the company, with 7.5 percent royalties in perpetuity. Stroope took the deal, but the agreement later fell through. Although Hy-Conn's social media pages haven't shown any activity since 2015, some of its products -- the majority of which are listed on Amazon -- are noted as being currently unavailable. 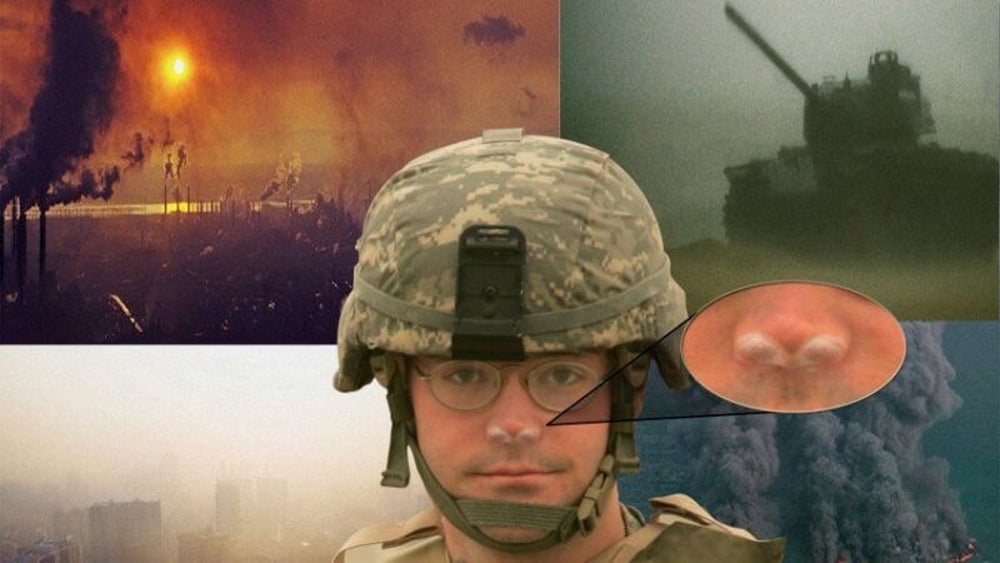 Joseph Moore appeared on the second season of Shark Tank, seeking $500,000 for 10 percent of his company, First Defense Nasal Screens, which makes nasal air filters. With an $8 million overseas contract in hand, he impressed several sharks with his potential and fielded offers that included a $4 million bid from Robert Herjavec.

On air, Moore opted for a loan offer from Cuban, O'Leary and Daymond John worth $750,000 for a 30 percent equity stake plus 15 percent royalties in perpetuity, but Moore ultimately decided not to go through with it. Turning down the Shark Tank money doesn't seem to have hurt the company. In 2015, Moore told GOBankingRates.com that First Defense Nasal Screens was a debt-free, multimillion-dollar company that was still privately owned and had licensing and distribution contracts all over the world. Today, the company has patents in more than 50 countries worldwide and most recently announced its partnership with an Indian company, Filter Your Life Healthcare. 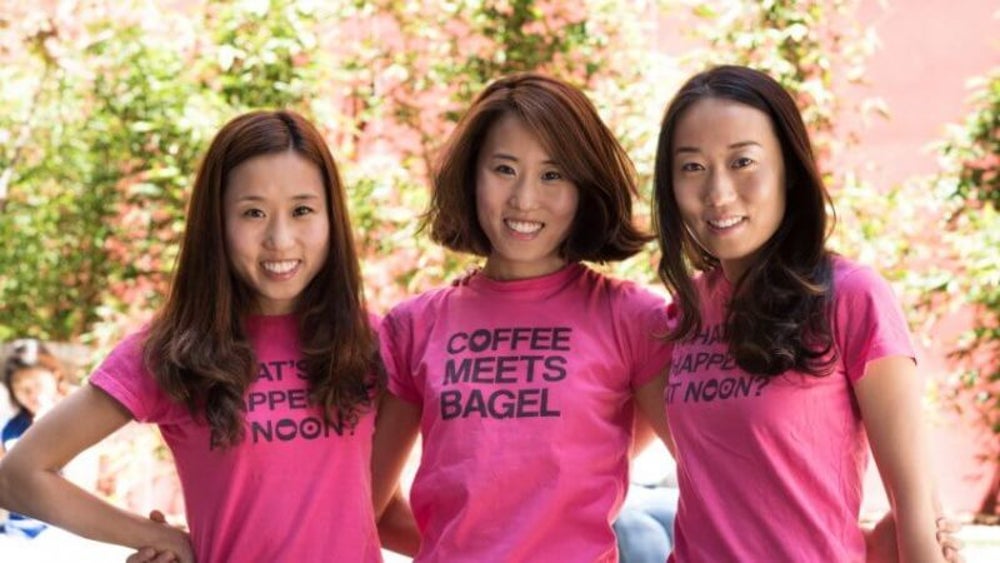 Cuban offered $30 million to buy the whole company outright -- the biggest offer in the show's history. The Kang sisters were not looking to part with the business, and they declined.

Coffee Meets Bagel still got its needed funding -- $11.2 million in venture capital, to be exact, according to Forbes. The next big step for the sisters' dating network is to expand into international markets. 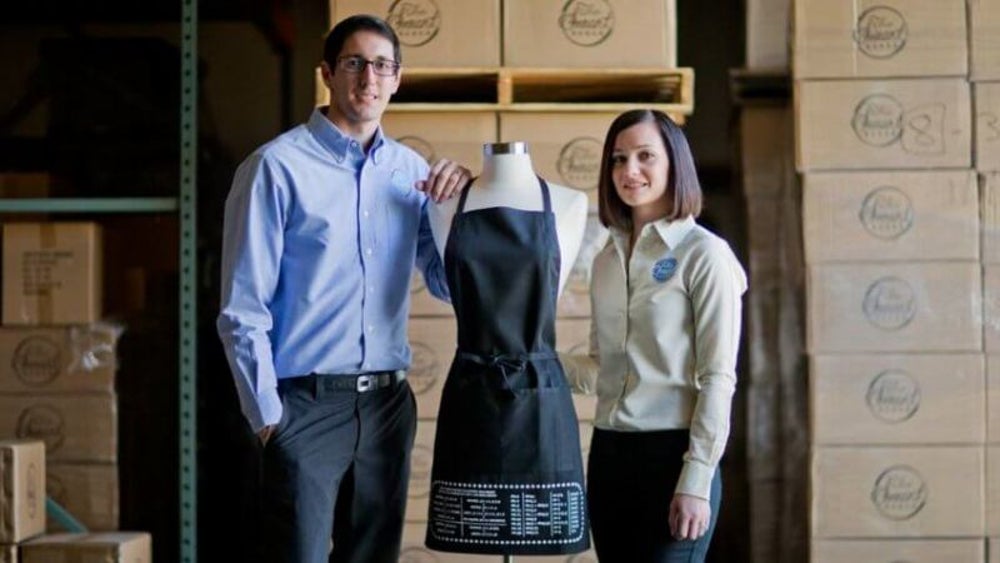 Husband-and-wife team Stephanie and Daniel Rensing appeared on Season 3 of Shark Tank, selling bakeware that makes cooking simpler and easier. Barbara Corcoran was impressed by their company and offered $75,000 for a 40 percent equity stake and a 5 percent royalty, which the Rensings accepted but later declined. With very active social media accounts, the Smart Baker has done well since its Shark Tank appearance.

The company's revenue grew to $600,000 in the year after the 2012 episode aired and was close to $1 million in March 2015, according to AP. They also plan to create more smart baking products. 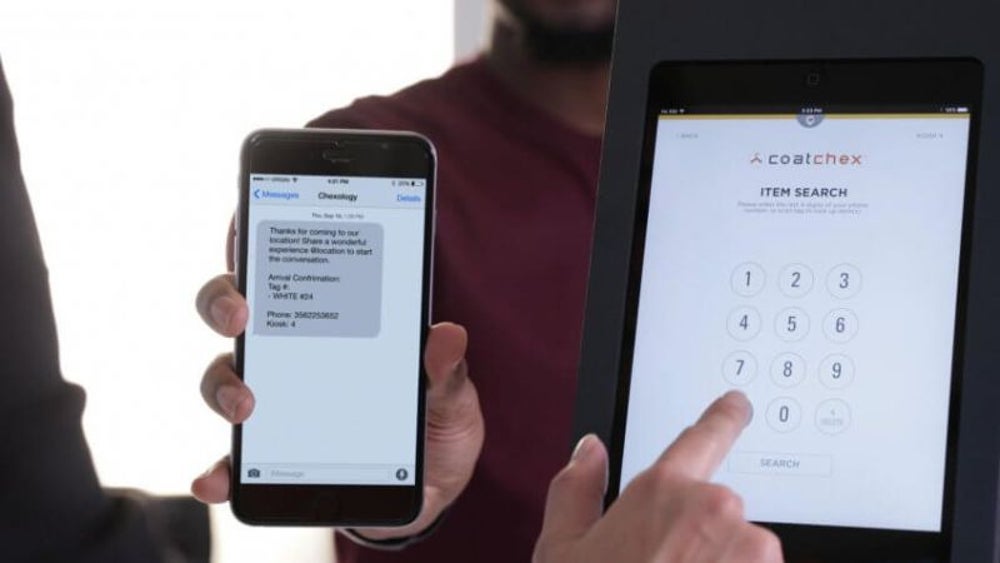 CoatChex, the brainchild of Derek Pacque, is a ticketless coat check system that Pacque pitched in Season 4. Cuban was impressed enough by CoatChex to offer $200,000 for a one-third equity stake, representing a valuation of $600,000 -- far less than the valuation of $2 million Pacque originally proposed.

Ultimately, Pacque decided he didn't want to give up that much of his business, but he has found success even without the funding. His CoatChex system has since been used at major events like the Super Bowl, New York Fashion Week and Mercedes-Benz Fashion Week, according to Business Insider.

More recently, Pacque has incorporated Chexology to add additional services to the CoatChex family, including bag checking and rentals. Chexology closed a $1.2 million seed funding round in 2015, according to CrunchBase. 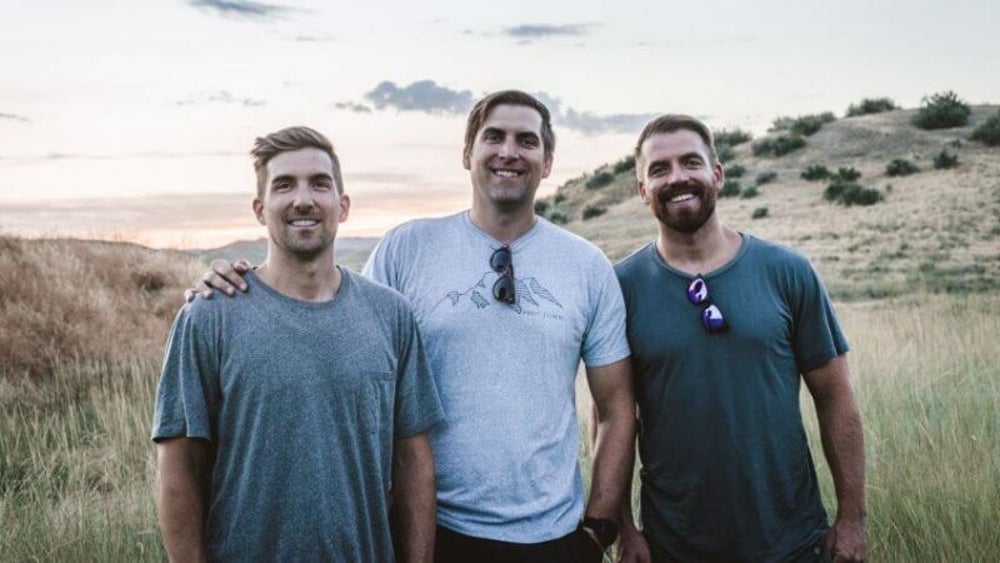 Idaho brothers Taylor, Brooks and Tanner Dame pitched their hand-crafted, wood-framed eyewear to the sharks in Season 4. The Shark Tank investors were impressed enough by Proof Eyewear to bite: O'Leary offered $150,000 for a 25 percent equity stake with royalties.

The brothers forged ahead without Shark funding, and in August 2016, Brooks Dame said the company was debt-free and profitable, and he was projecting ending the year with $1.6 million in sales, according to an interview with the Idaho Statesman. 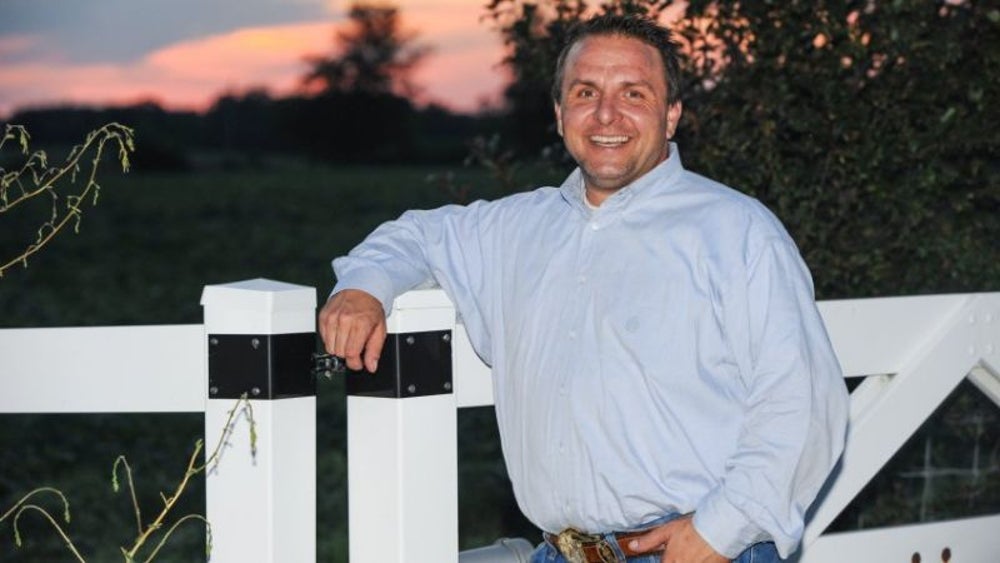 Dave Alwan and his specialty meats company, Echo Valley Meats, first appeared in Season 4 of Shark Tank. Although Alwan didn't receive an offer, he took the Shark's strategy advice. His efforts and the exposure of his Shark Tank appearance took sales from $190,000 to $1.4 million on the mail-order business alone. When Alwan returned to the show in Season 6, he sealed a deal with Cuban to get $150,000 for 25 percent of the mail-order business and an option to buy into the retail and catering arms of Echo Valley Meats.

Today, the business continues to thrive, with successful partnerships with companies such as Neiman Marcus and QVC. 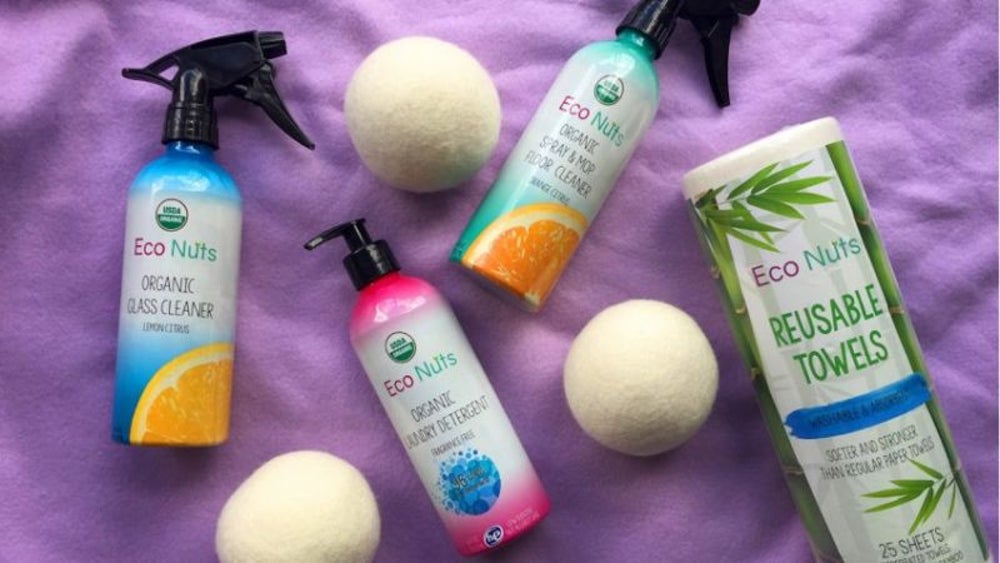 Eco Nuts, a natural detergent company, was on track to make $250,000 in sales when it appeared in Season 4 of Shark Tank. The company's founders, Mona Weiss and Scott Shields, asked for $175,000 for a 15 percent equity stake.

Despite an appealing product, the sharks found the pitch incomplete and weren't sold. Herjavec offered that amount for a 50 percent stake, but the couple was unwilling to part with that much of their company and turned it down.

Despite not getting a deal from Shark Tank, the company still benefited from the exposure. Today, Eco Nuts is sold in thousands of locations, including Bed, Bath & Beyond and Vitacost. 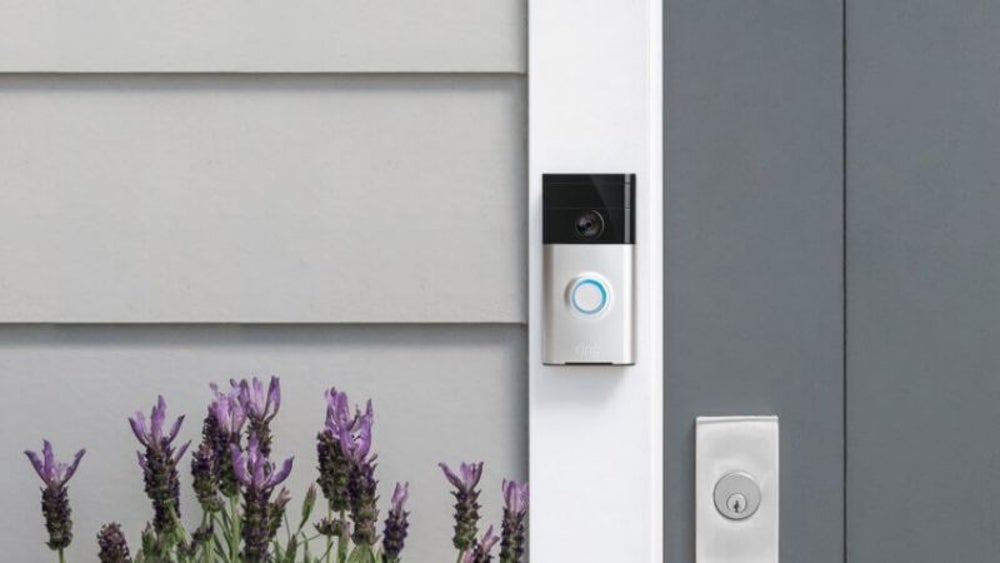 In Shark Tank Season 5, Jamie Siminoff pitched DoorBot, a new take on the doorbell that allows users to see and speak with someone at the door through their smartphone. Siminoff asked for $700,000 for a 10 percent equity stake in his company, which boasted $1 million in sales at that point but failed to make a deal.

O'Leary did offer $700,000 for a 5 percent equity stake but also wanted a 10 percent royalty that dropped to 7 percent after recouping his investment. The company has since stopped producing DoorBots in favor of the newer, sleeker Ring Video Doorbell. As of November 2017, the product of the now billion-dollar company is being carried in 16,000 stores, reported CNBC. 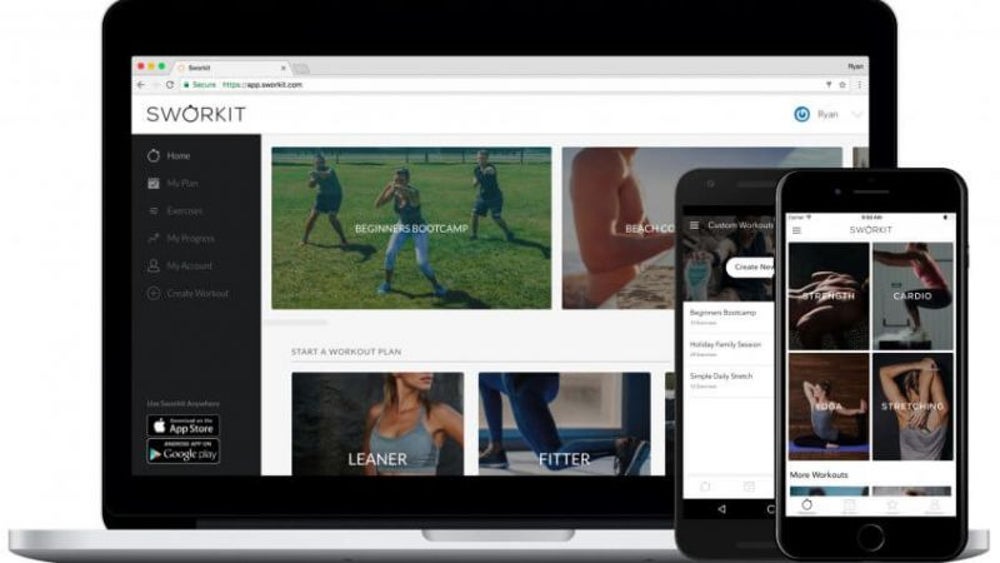 Image credit: ©Sworkit
Ben Young, CEO of Nexercise Inc., and Greg Coleman, president and chief operating officer, received an astounding $1.5 million investment offer from Cuban for their popular fitness app Sworkit. Cuban's investment would have snagged him 10 percent of the business and $1.5 million worth of unsold ad space on the app. Young and Coleman entered the Tank offering 8.5 percent of the company for at the $1.5 million price point but decided to accept Cuban's offer. But the deal ultimately fell apart due to a difference in vision. Sworkit is currently available in free and paid versions for both Android and iOS users. 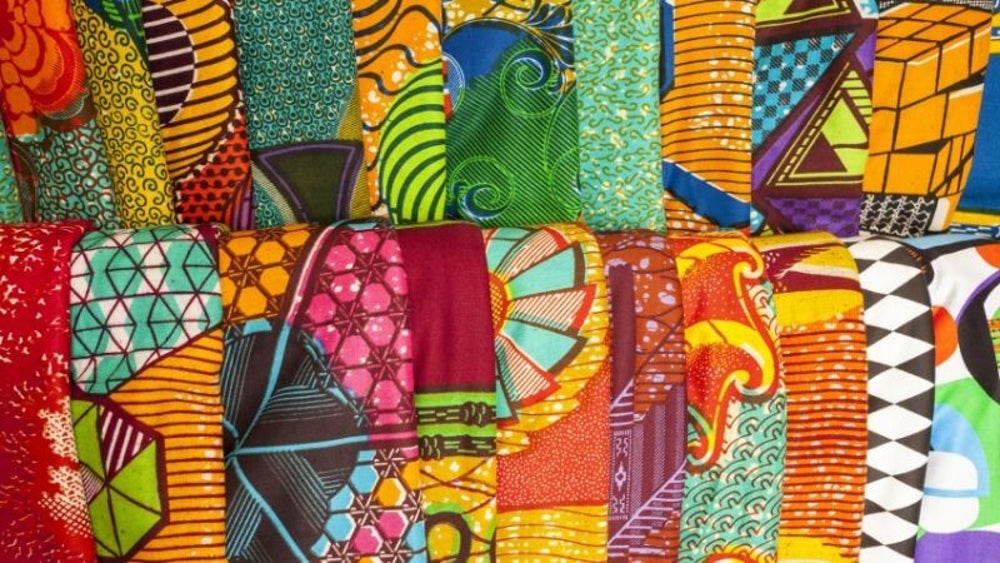 Image credit: Shutterstock
In Shark Tank's current Season 9, Kelechi Anyadiegwu pitched her company, Zuvaa, a global online marketplace. Anyadiegwu wanted $460,000 in return for a 10 percent stake in the company. O'Leary stepped up and offered her a $460,000 loan at a 12 percent interest rate in exchange for 10 percent of Zuvaa, which Anyadiegwu decided to decline in order to maintain control of her company. Currently, only a few items are for sale on the site due to the company "growing too big too fast," according to a statement released by Anyadiegwu, but she plans to create a more profitable business model. 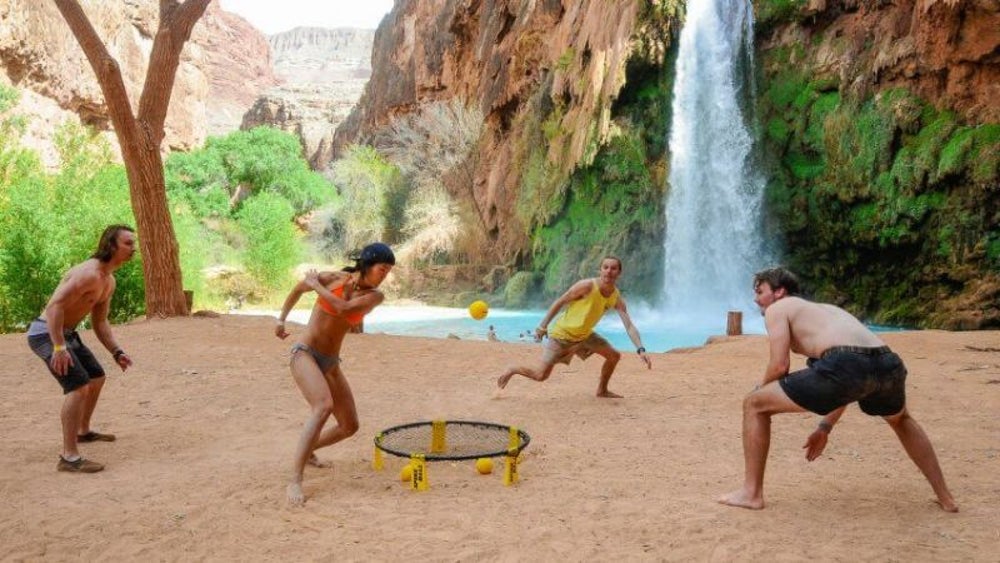 Image credit: ©Spikeball
In Season 6, Chris Ruder pitched Spikeball -- a two-on-two game that resembles volleyball. John offered Ruder $500,000 for 20 percent of the company, but the deal ultimately fell apart. John wanted Ruder to allow Marvel Comics to make a Spiderman Spikeball set, which Ruder had no interest in doing, and the deal was defunct before the episode aired in May 2015.

Apparently, Spikeball didn't need that deal. It's 2016 revenue landed in the $5 million to $10 million range, according to Inc.

(Some images used are representational and do not precisely depict what is described in the text.)