14 Companies, Brands and CEOs That Have Broken Guinness World Records

These wacky and crazy stunts include Yahoo's largest simultaneous yodel and a Richard Branson kitesurfing stunt.
Next Article

From the largest simultaneous yodel, the longest wishlist to Santa to the most drones airborne at the same time, companies and brands have gone above and beyond to get their names into the Guinness Book of World Records.

Check out these 14 companies and individuals who have broken Guinness World Records. 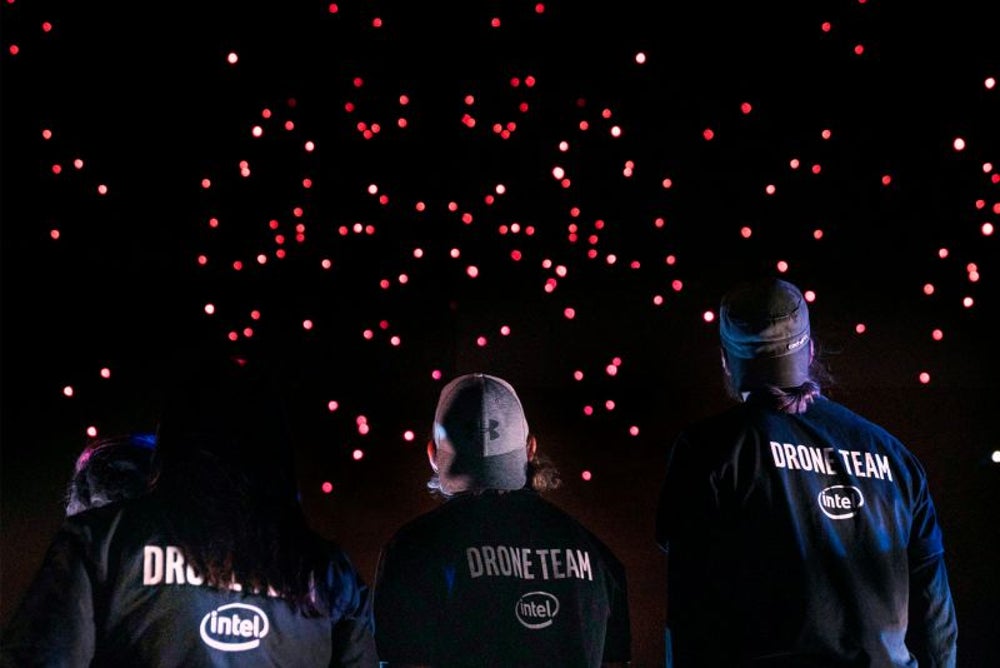 Image credit: Intel
For its 50th anniversary, Intel flew 2,018 Intel Shooting Star drones, which lit up the sky over its Folsom, Calif., headquarters. Thanks to this feat, the company broke the Guiness World Record for "the most unmanned aerial vehicles airborne simultaneously." 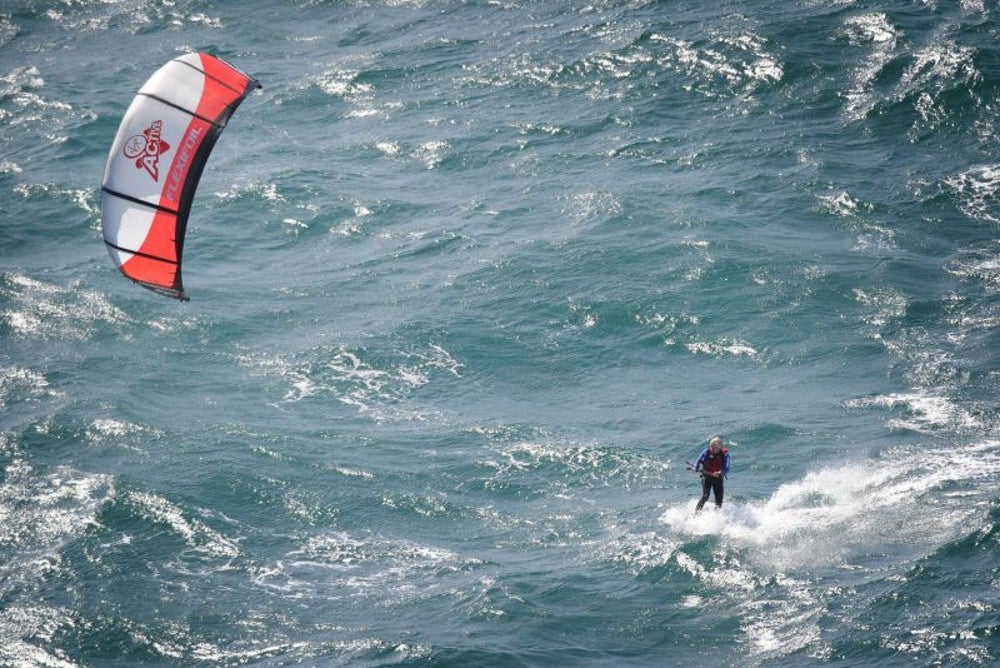 Image credit: Stefan Rousseau | PA Images | Getty Images
Billionaire entrepreneur Richard Branson is no stranger to breaking Guinness World Records. The Virgin founder has broken several, personally and with his company. His most recent record-breaking title was for "the most people to ride a kitesurf board," which he won back in 2014 off the water on Necker Island. Branson's other major Guinness World Records include the most followers on LinkedIn (2014), the oldest person to cross the English Channel by kiteboard (2012), the richest reality television host, the first Pacific crossing of a hot air balloon (1991) and the first hot air balloon to cross the Atlantic (1987). 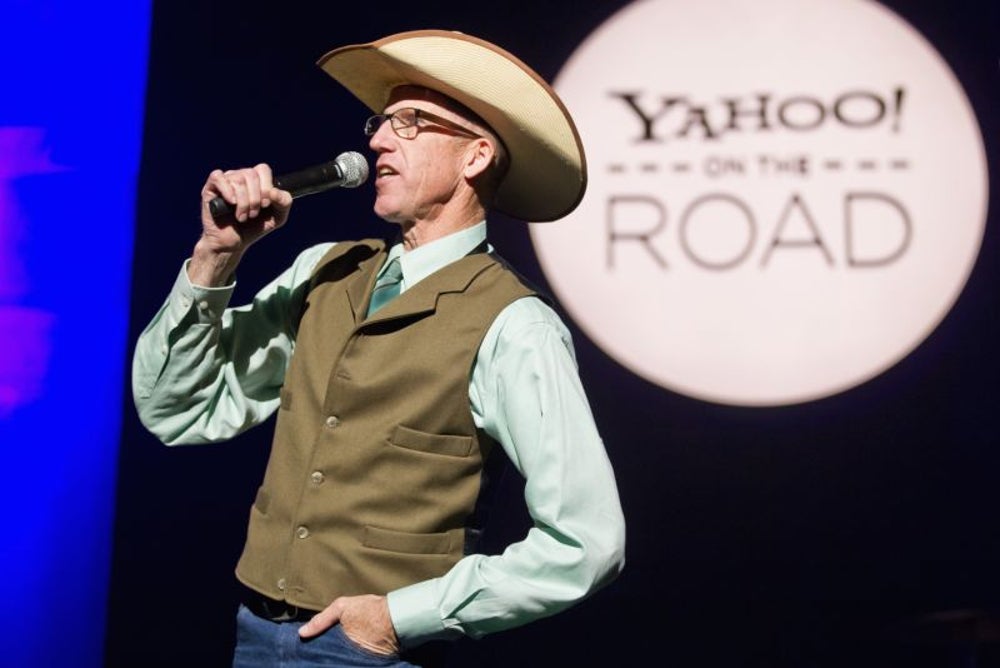 In 2015, Yahoo Inc. broke the Guinness World Record for "the largest simultaneous yodel." Celebrating its 20th anniversary, 3,432 Yahoo employees took part in one group yodel, which was led by Wylie Gustafson, the creator of the company's popular jingle.

Related: Why Emotional Intelligence Is Crucial for Success (Infographic) 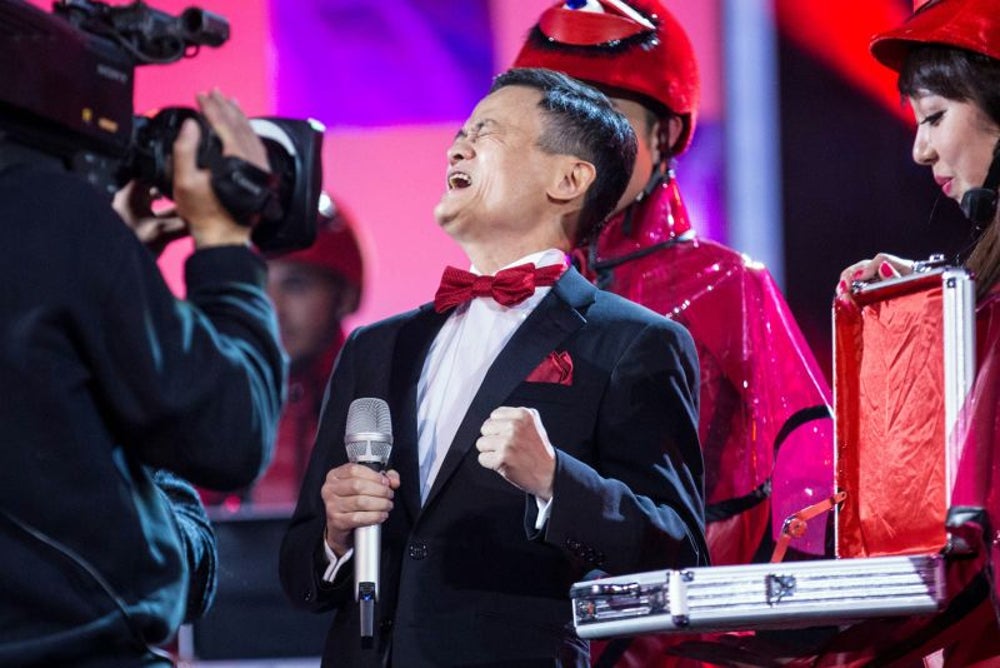 Image credit: STR | AFP | Getty Images
Alibaba's highly anticipated shopping event, "Single's Day," is even more popular than you think -- it's record-breakingly popular. In 2015, Alibaba set nine new world records on the global shopping holiday. The Nov. 11 event of 2015 was "the highest online sales revenue generated by a single company in 24 hours," and sold the most cars, televisions, mobile handsets, watches, liters of milk, tons of nuts, kilograms of honey and kilograms of apples in one day on a single platform. Of course, that's in addition to having the largest global IPO in history. 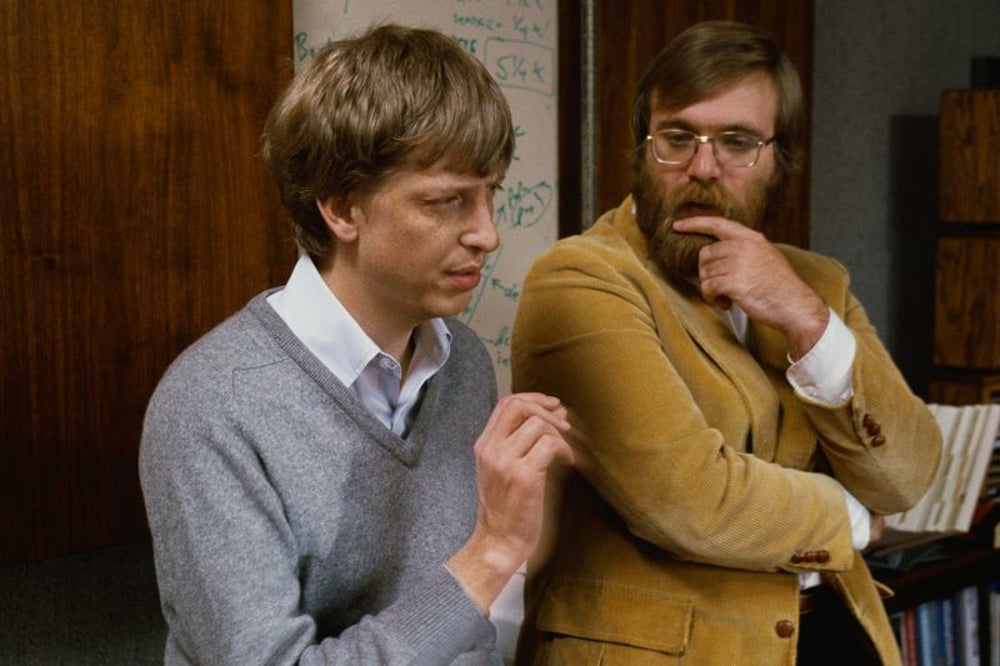 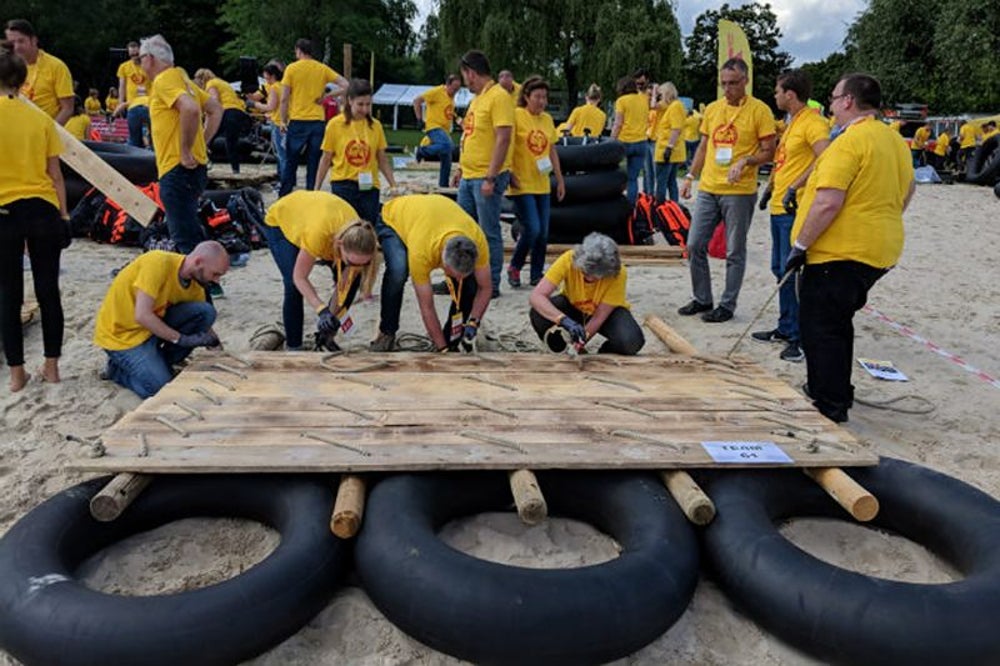 Image credit: Guinness World Records
This year, German logistics company broke the Guinness World Record for "the most people on a raft." Managing to get 956 DHL employees on a single raft floating on lake Otto-Maigler-See, in Cologne, Germany, the company beat the 2014 record of 512 people on a single raft, set by German retail company REWE Markt GmbH. 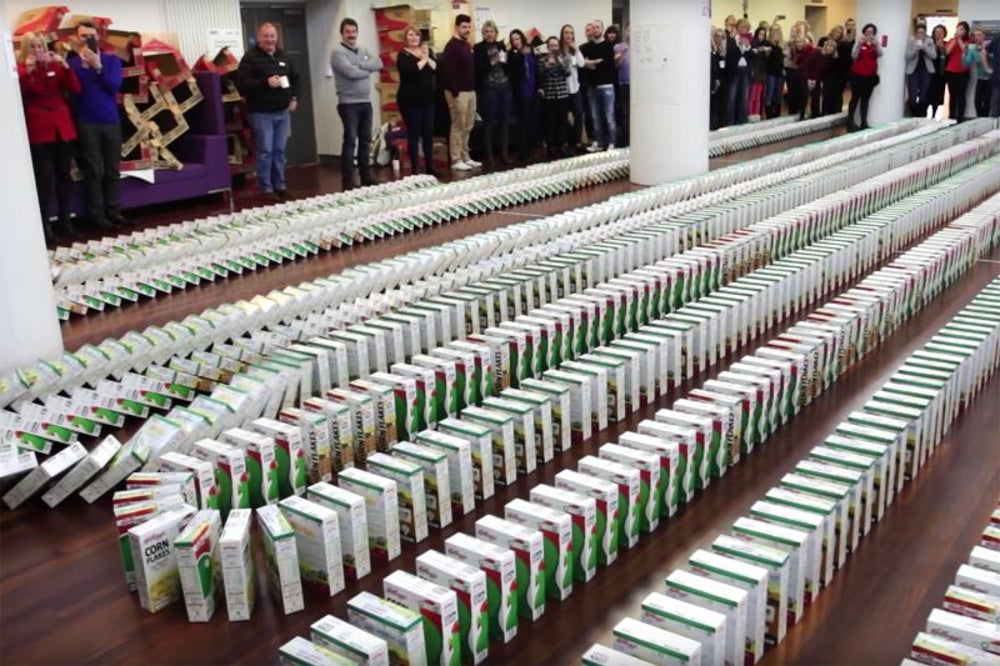 Turns out, cereal's not only for eating. It can also act as dominoes. In 2016, employees at Kelloggs U.K. broke the Guinness World Record for "the most cereal boxes toppled in a domino fashion." To beat the record, it took a total of 2,686 packets of classic cornflakes.

Related: The 7 Biggest Lies We Believe About Success 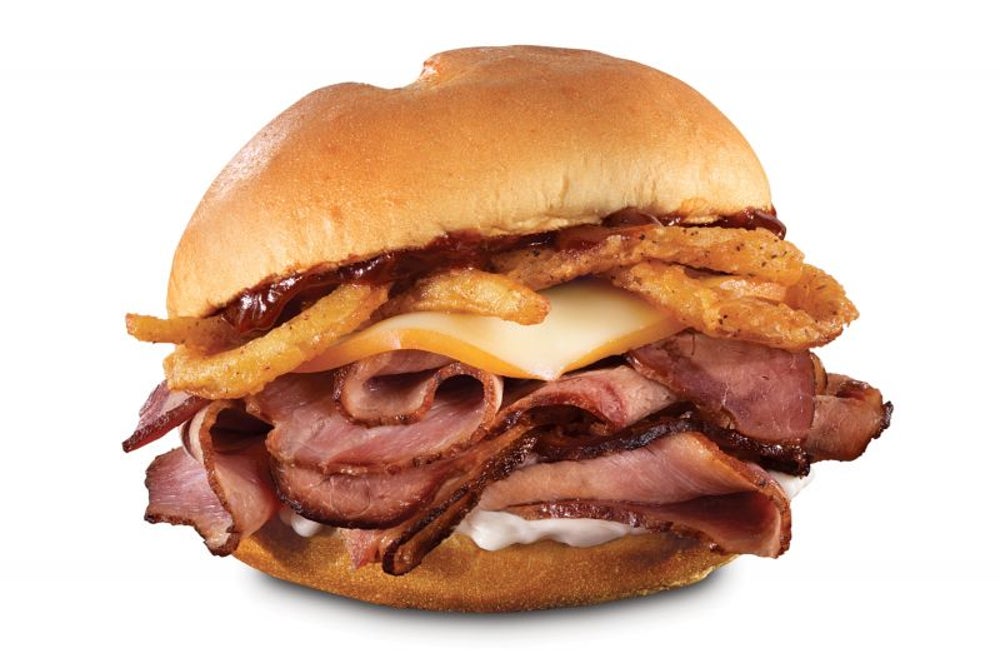 Image credit: Arby's
To show customers just how much time it puts into crafting the perfect sandwich, fast-food chain Arby's made a 13 hour, five minute and 11 second-long commercial. Aired on My9 KBJR-TV in Duluth, Minn., the ad showed the entire slow-cooking process of the chain's Smokehouse Brisket sandwich. The stunt ultimately landed Arby's the title for "the longest television commercial." 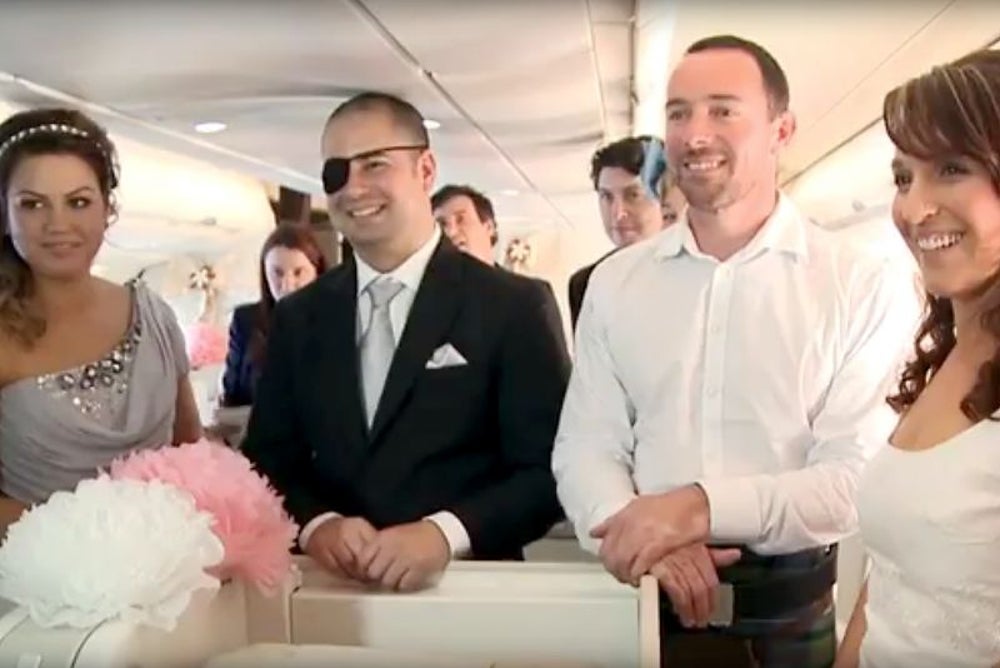 Image credit: Guinness World Records | YouTube
From a doughnut shop to a shark tank, you can pretty much get married anywhere nowadays -- even up in the sky. On a flight from New Zealand to Fiji, Fiji Airlines coordinated the wedding ceremony of two passengers on-flight at an altitude of 41,000 feet. Decked out in a wedding dress and tuxedo, the couple's wedding was no sham -- in fact, there were 10 bridesmaids and groomsmen there to prove it. The stunt landed Fiji Airlines the title for "the highest altitude wedding on an aircraft." 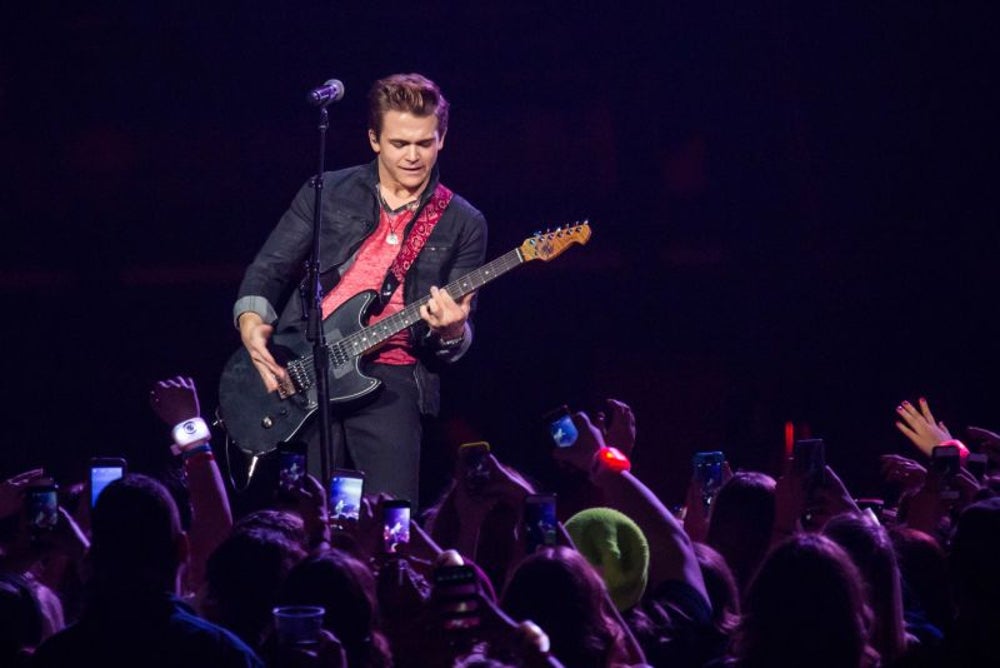 Image credit: Scott Legato | Getty Images
In 2014, musician Hunter Hayes, represented by Atlantic Record, broke the record for "the most live concerts in 24 hours." To promote his album, Storyline, the record-breaking artist made his way through 10 cities starting in New York City and ending in Philadelphia. 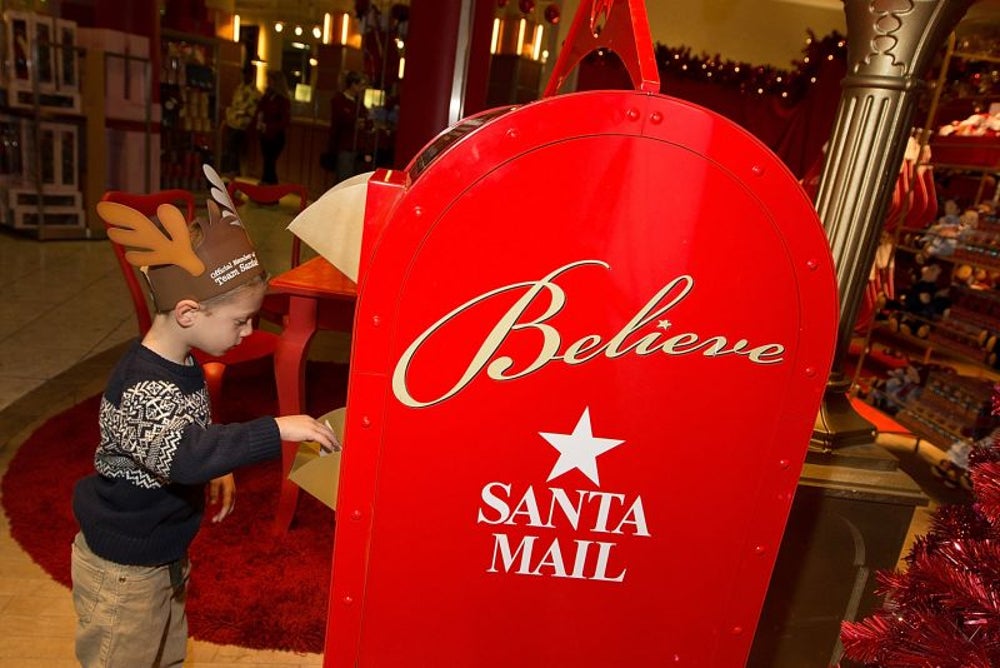 Image credit: Jeff Schear | Getty Images
From its famous Thanksgiving Day parade to its decorative storefront windows, Macy's is known for its holiday spirit. In 2014, it took things up a notch. The department store giant broke the Guinness World Record for "the longest wishlist to santa" after it encouraged people around the world to digitally submit their wishlists to the company. Then, combining all of the wishes onto one list, Macy's wound up with 121,138 wishes, beating the previous 2012 record of 75,954. 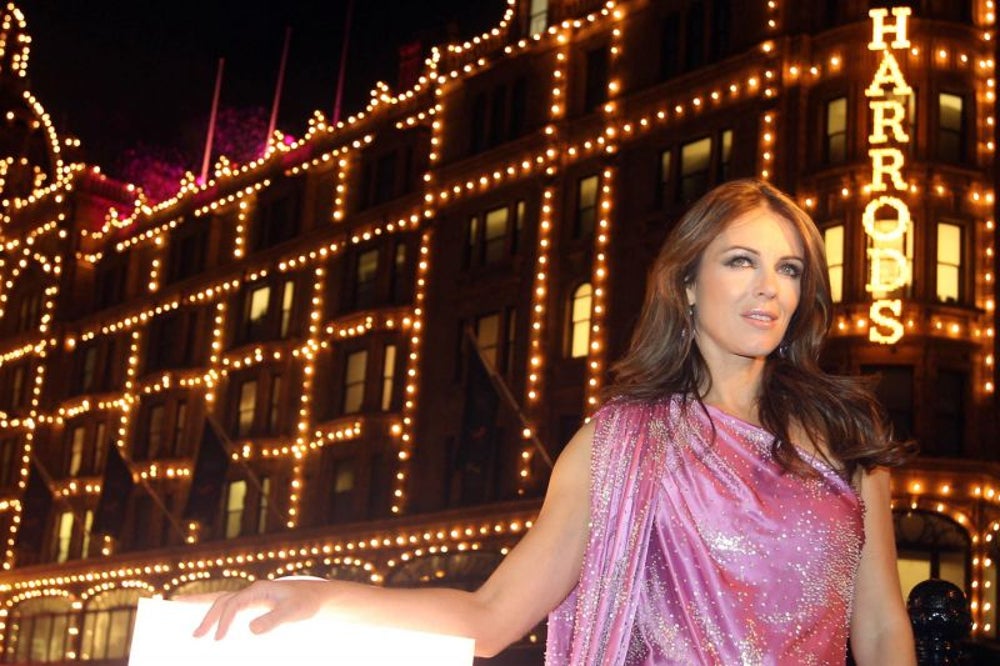 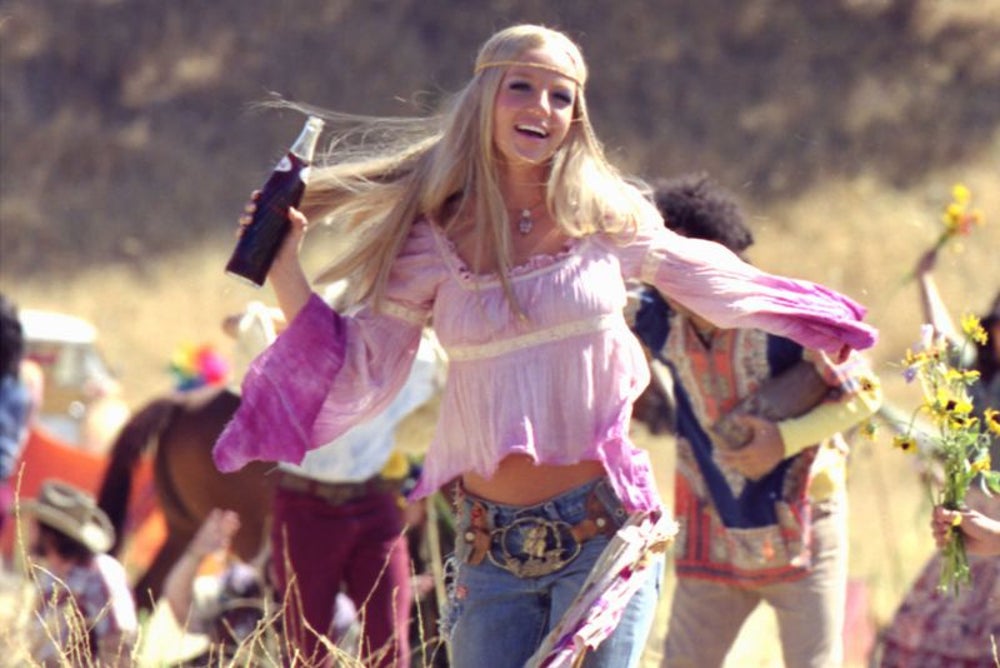 Image credit: Pepsi | Getty Images
Super Bowl ads are famous not only for their creative content, but the hefty price brands pay just for 90-seconds of airtime during the game. In 2002, Pepsi set the record for "the most expensive advertising campaign on television." Starring Britney Spears sipping Pepsi throughout five different stages in the past five decades, the brand paid a whopping $8.1 million for a 90-second commercial during the Super Bowl (that's $90,000 per second). 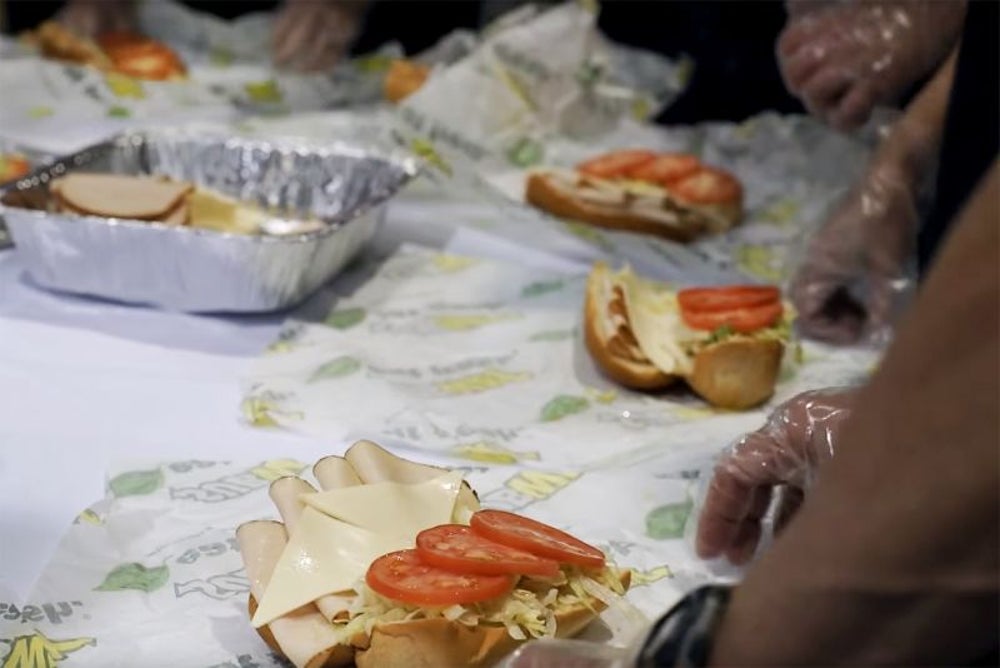 Image credit: SUBWAY Restaurants | YouTube
In 2015, sandwich chain Subway set the record for "the most people making sandwiches at the same time." With the participation of 1,481 people at a convention center in Las Vegas, the company took the title from TangoTab, which previously held the record when it organized 1,363 people to make sandwiches simultaneously.
More from Entrepreneur

Donnie Wahlberg Just Broke the Guinness World Record for Most Selfies Taken in 3 Minutes. Here's Why That Matters.

Watch 1,000 Robots Dance in Unison -- and Set a World Record

A SpaceX rocket almost collided with a UFO, this is what NASA says

Are You Prepared for Remote Employees to Quit?