The actor-slash-entrepreneur has some words of wisdom for entrepreneurs.
Next Article

Actor, director, producer, humanitarian, entrepreneur -- is there anything that George Clooney doesn’t do? With such a long list of accomplishments, there are a number of things you can learn from the successful Hollywood star.

Clooney’s breakout role was as Dr. Doug Ross on NBC’s ER. Putting his name on the map and landing him two Emmy awards, Clooney has gone on to star in, direct and produce a number of films, including Ocean’s Eleven, Syriana, Michael Clayton and Up in the Air, to name a few. Now an Academy Award-winning actor, Clooney has gone on to get his feet wet in business, famously launching tequila company Casamigos, which he sold to Diageo for a whopping $1 billion last year.

From entrepreneurship to acting, Clooney’s hats are many and to learn how he’s found success in various industries, check out these eight inspirational quotes. 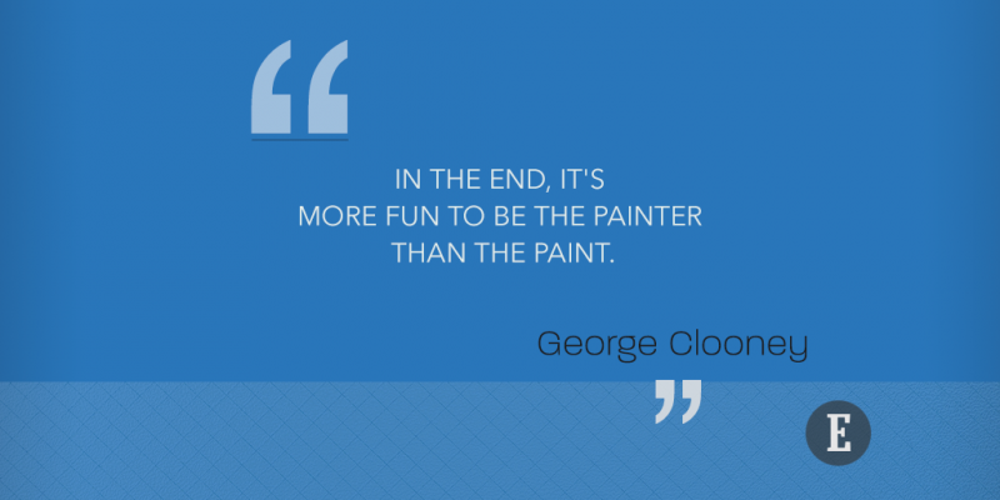 Image credit: Entrepreneur
"In the end, it's more fun to be the painter than the paint." -- George Clooney 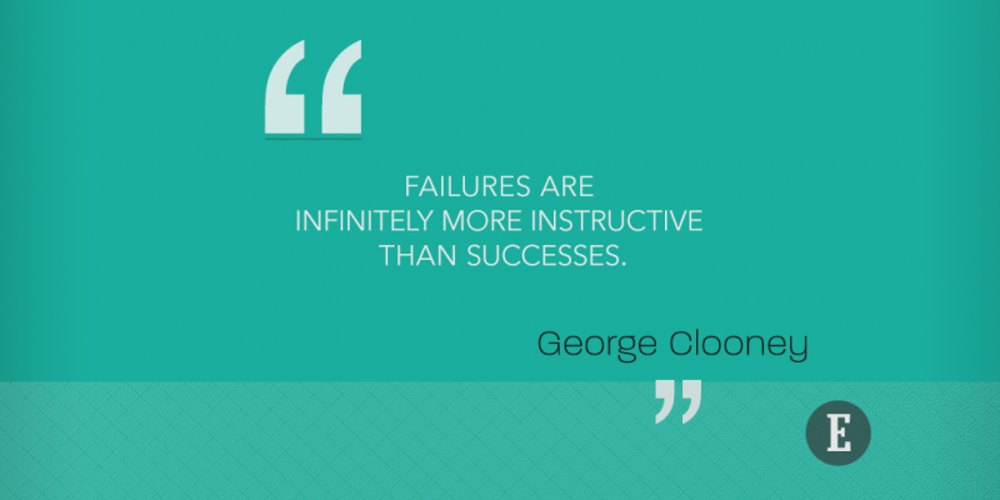 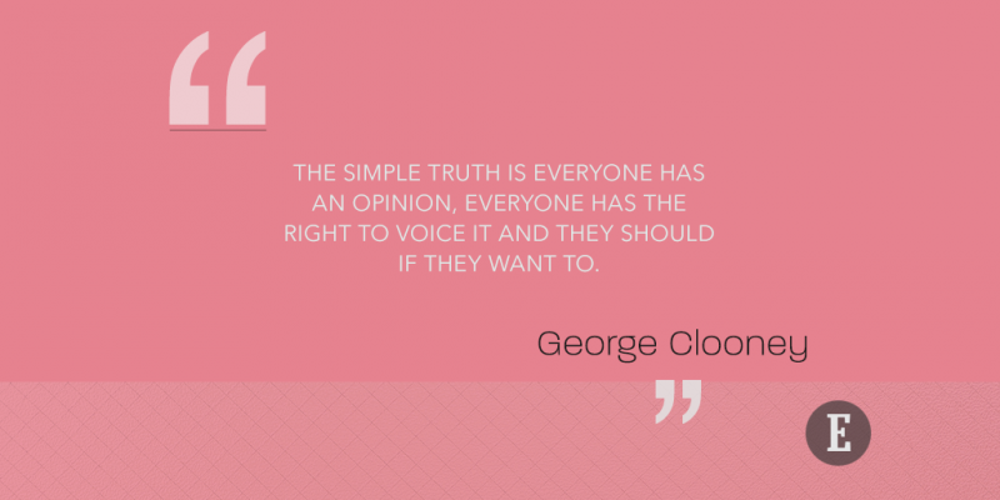 “The simple truth is everyone has an opinion, everyone has the right to voice it and they should if they want to.” -- George Clooney 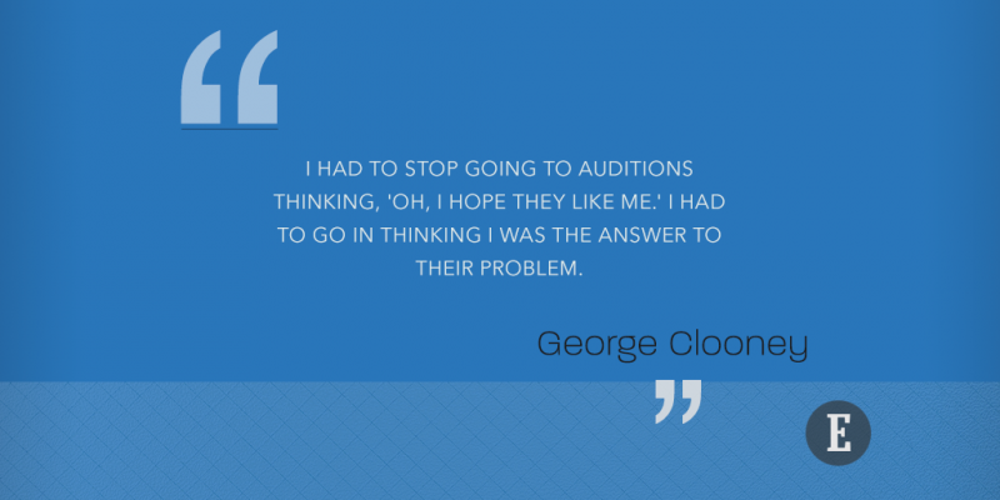 Image credit: Entrepreneur
"I had to stop going to auditions thinking, 'Oh, I hope they like me.' I had to go in thinking I was the answer to their problem." -- George Clooney 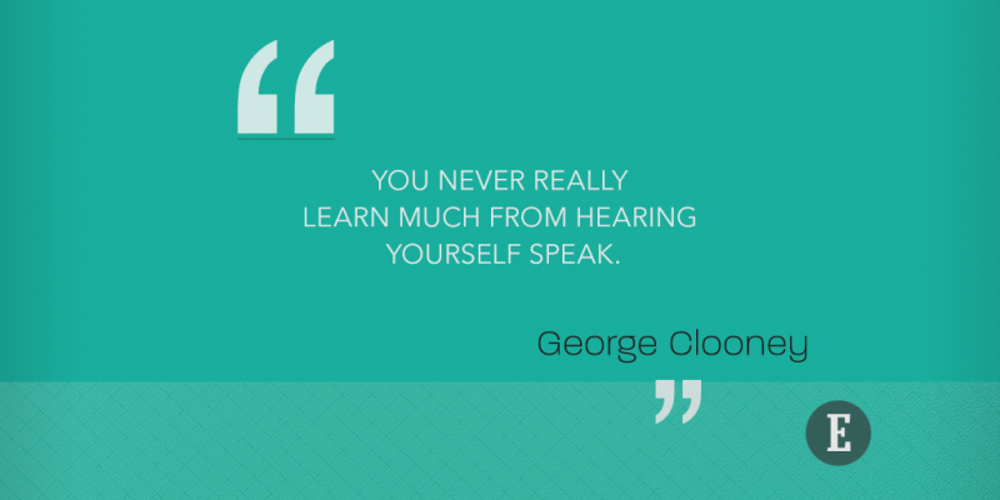 On living life to the fullest 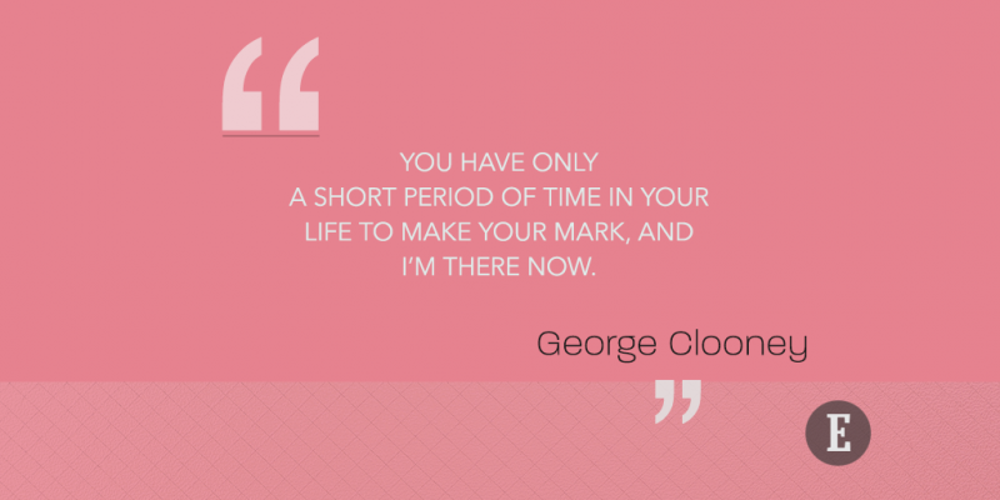 “You have only a short period of time in your life to make your mark, and I’m there now.” -- George Clooney 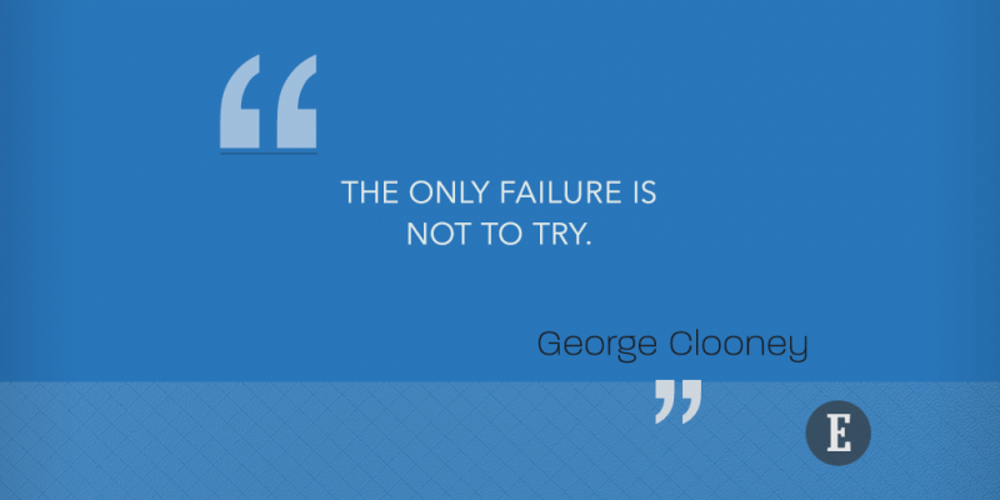 Image credit: Entrepreneur
“The only failure is not to try.” -- George Clooney 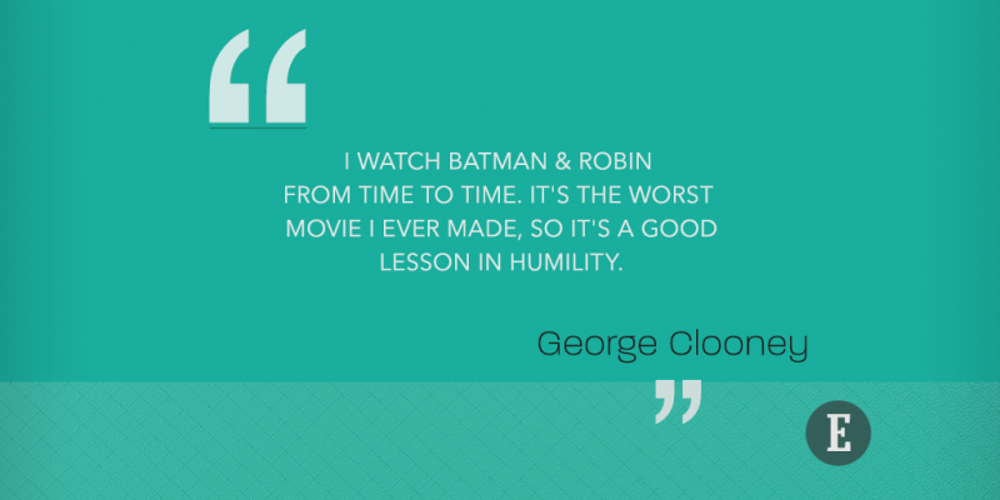 Image credit: Entrepreneur
"I watch Batman & Robin from time to time. It's the worst movie I ever made, so it's a good lesson in humility." -- George Clooney
More from Entrepreneur