Entrepreneurship will make you cry and hope for a happy ending. Just like a good movie.
Next Article

Many excellent movies have been made about entrepreneurs and the pioneering spirit they embody. These movies can encourage, exhilarate and, of course, entertain us.

For all the aspiring entrepreneurs out there who are looking for some movie inspiration while cozying up with some popcorn, here are the top 13 flicks about the entrepreneurial experience.

Related: 8 Movies That Increase Your IQ - #5 Will Test How Smart You Are 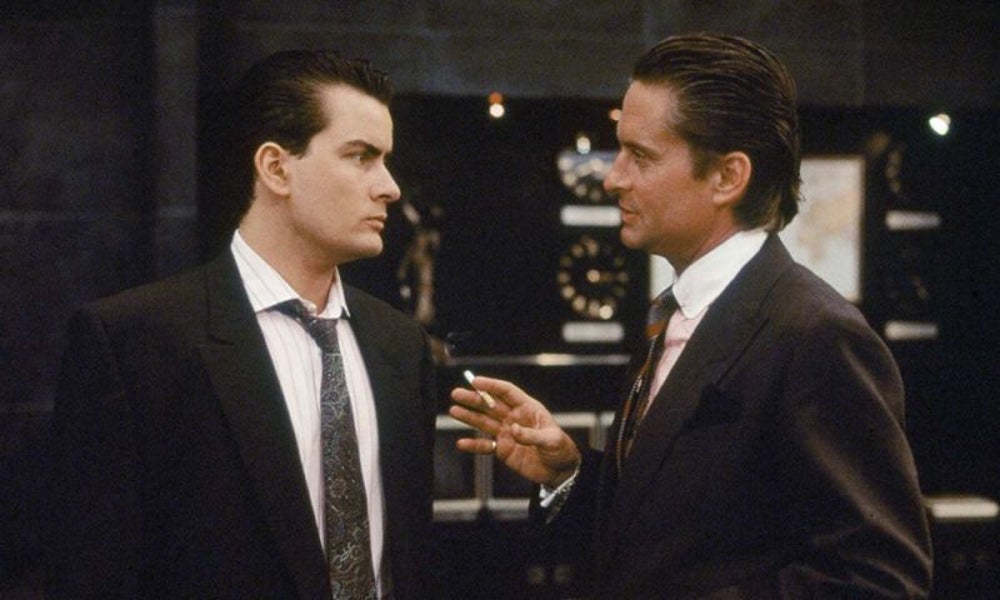 The iconic Wall Street centers on an ambitious young stockbroker, Bud Fox, and a charismatic and ruthless investor, Gordon Gekko. Fox, who is desperate to succeed, idolizes Gekko, who operates under the mantra “Greed is good.”

Fox becomes absorbed in the financier’s glamorous lifestyle, only to get entangled in a vicious web of insider trading. The film is a cautionary tale of how the pursuit of power can lead us down an unethical path. While it’s easy to be lured by greed, it’s never worth it to sell one’s integrity for the sake of money and ambition. 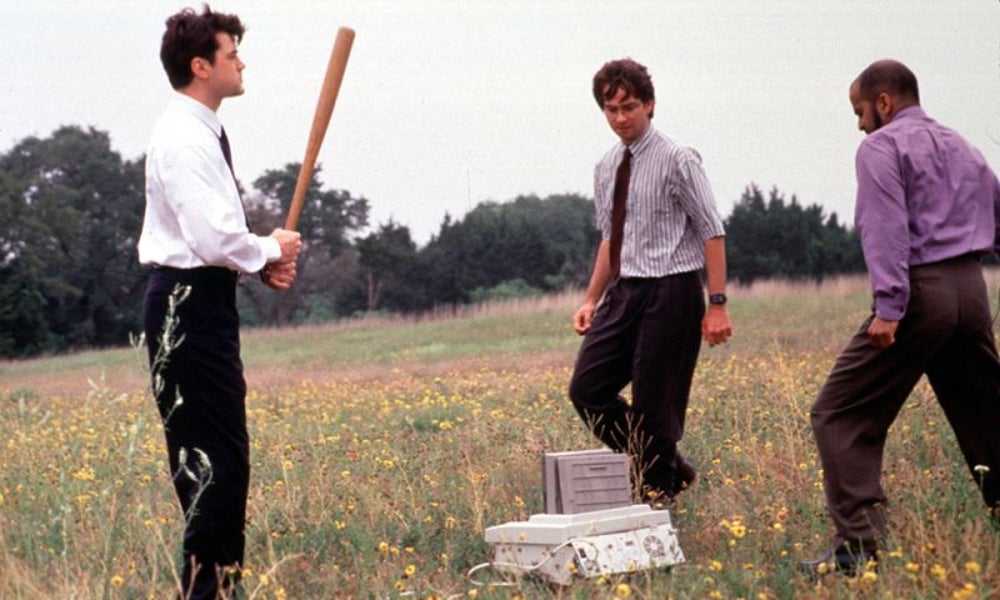 This film speaks to the challenges, frustrations and absurdities of corporate office life. Office Space satirizes the soul-crushing monotony of the modern cubicle worker, but also reminds us that it’s up to us to find a way out.

Don’t let work, with its tedious corporate culture and petty bureaucracy, suck the life out of you. You have to balance your work and life and ensure you’re working for effective and positive managers. As the movie so hilariously depicts, unhappy workers aren’t the most productive, and toxic bosses and poor management can do untold damage to morale. The bottom line is that life is too short to spend huddled in a cubicle.

Related: How to Escape Your Cubicle and Live the Dream Life 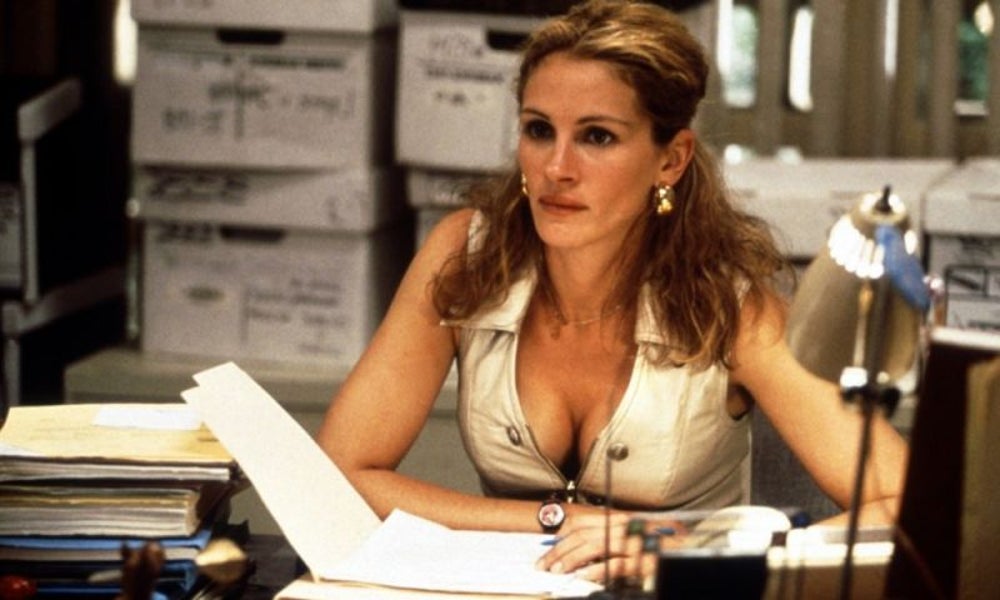 Based on a true story, Erin Brockovich follows a struggling single mother who finagles her way into a job as a file clerk for a law firm. She begins investigating a case that eventually leads to a class-action lawsuit against a multibillion-dollar company. Through the course of the investigation, she learns some hard truths and faces plenty of hurdles.

Against the odds, she helps to win the largest settlement ever paid in a direct-action lawsuit. Erin Brockovich embodies female empowerment and underscores the importance of being independent-minded and unafraid to stand up for what you believe. It can also be a great inspiration to female entrepreneurs who face a male-dominated corporate world.

Related: 9 Ways to Negotiate a Contract Like a Boss 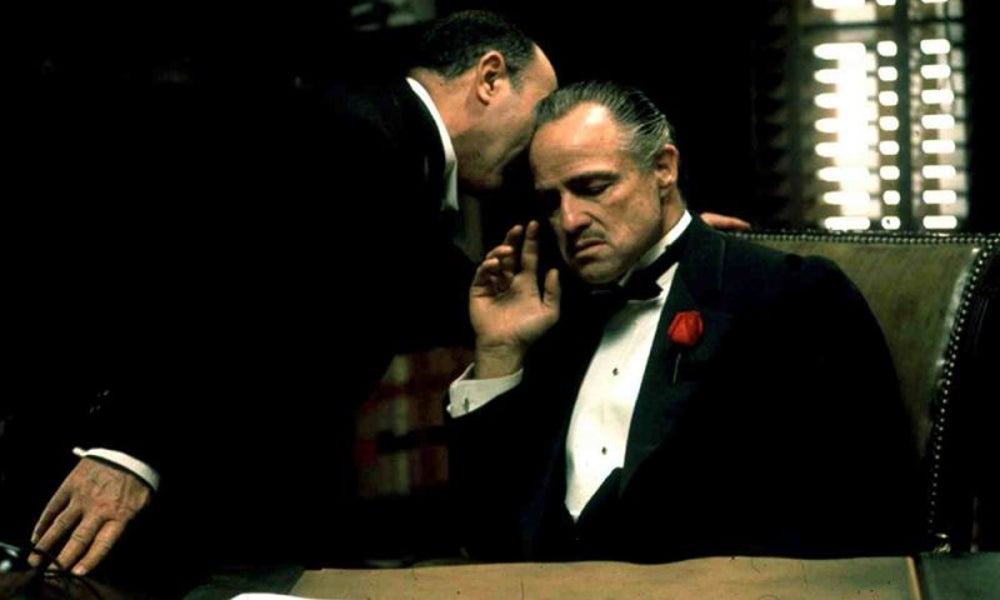 Widely accepted as one of the best films ever made, The Godfather, at its core, is a story about a small family business growing into a large and powerful organization in New York, while fighting off the opposition.

The movie offers insight into what it takes to become one of the most influential and dynamic family businesses in the country. In the movie, Vito Corleone grants favors and helps people with their problems, highlighting the importance of relationships and building networks in any business. The Godfather will make you think about competitive strategies, alliances, mergers and business diversification. 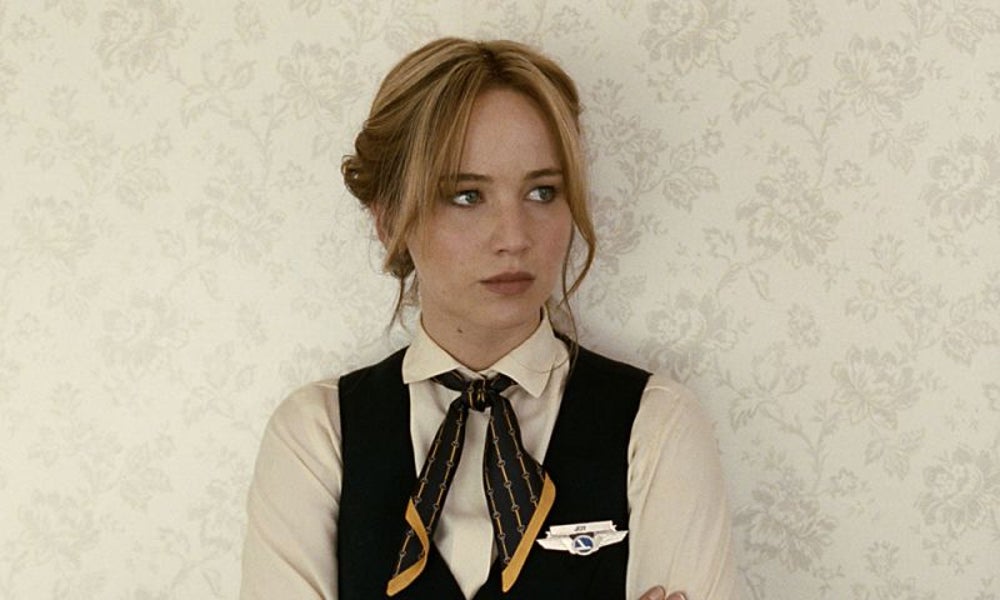 In business, you must always be ready to fight battles on multiple fronts, and the more successful you are, the more others will want to tear you down and get a piece for themselves. These are among the many lessons behind this biographical film about New York native Joy Mangano, who went from single mother to millionaire in the 1990s.

She got her start by inventing the Miracle Mop, a self-wringing mop that required less effort to use than traditional mops. Joy details the ups and downs Mangano faced with her fledgling business. The movie shows how belief in yourself, your product and your business are key if you’re going to survive and succeed. 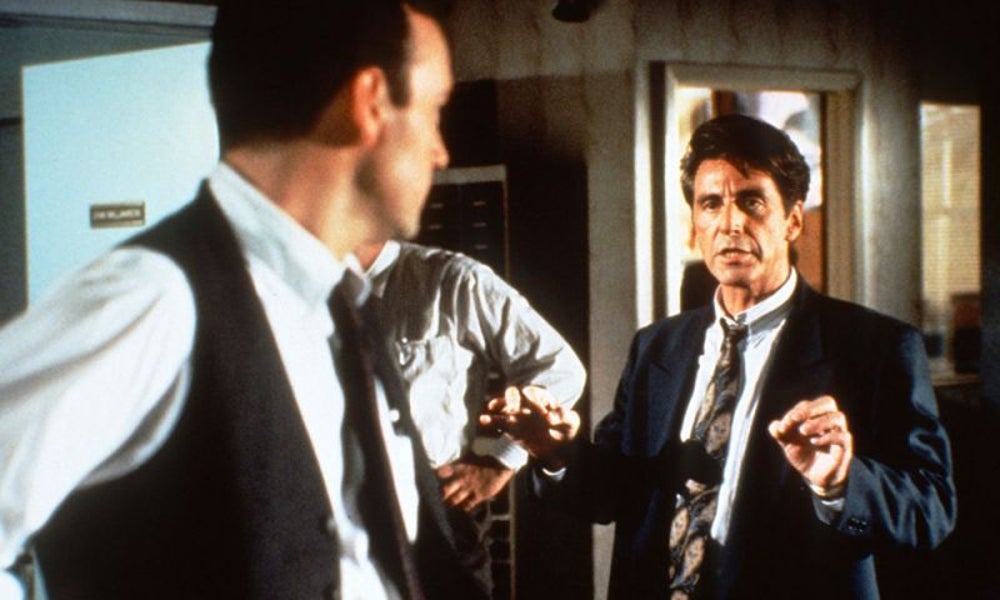 In the cutthroat Chicago real estate market, lying, cheating and stealing often decide who comes out on top. Glengarry Glen Ross is about four real estate salespeople whose jobs are on the line when a competition is announced -- all except the top two men will be fired.

The film takes a stark look at the underbelly of sales culture, including the lies, betrayals and manipulation people will resort to in order to survive in the business. It showcases how not to manage a sales team and how a high-pressure job with never-ending demands to perform will eventually lead one down a dark path. Extremely competitive high-pressure environments can bring out the worst in you and those around you.

The Pursuit of Happyness 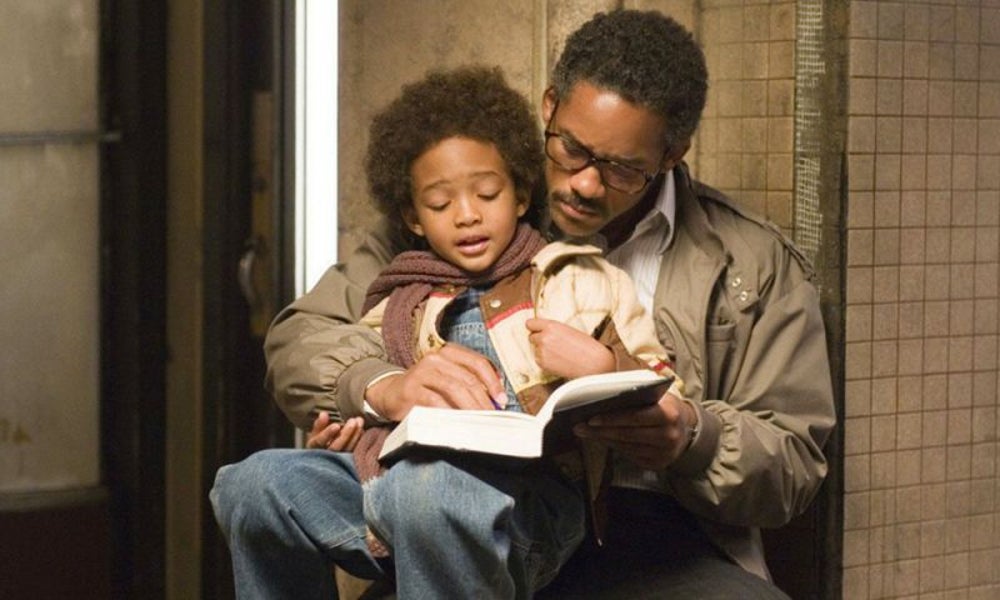 This inspirational film is based on the true story of Chris Gardner, who faced homelessness as a single father while working a grueling unpaid internship as a stockbroker. Through sheer force of will, Gardner persists through impossible circumstances after his wife leaves him and the IRS garnishes his wages, leaving him in poverty. Gardner struggles to sell medical scanners and is living in homeless shelters while pursuing a full-time, six-month internship, hopeful that it will pay off with a permanent position.

The Pursuit of Happyness shows how a diehard work ethic coupled with an unflappable belief in yourself and a willingness to do whatever it takes to reach beyond your circumstances can pay off when you achieve your dreams. 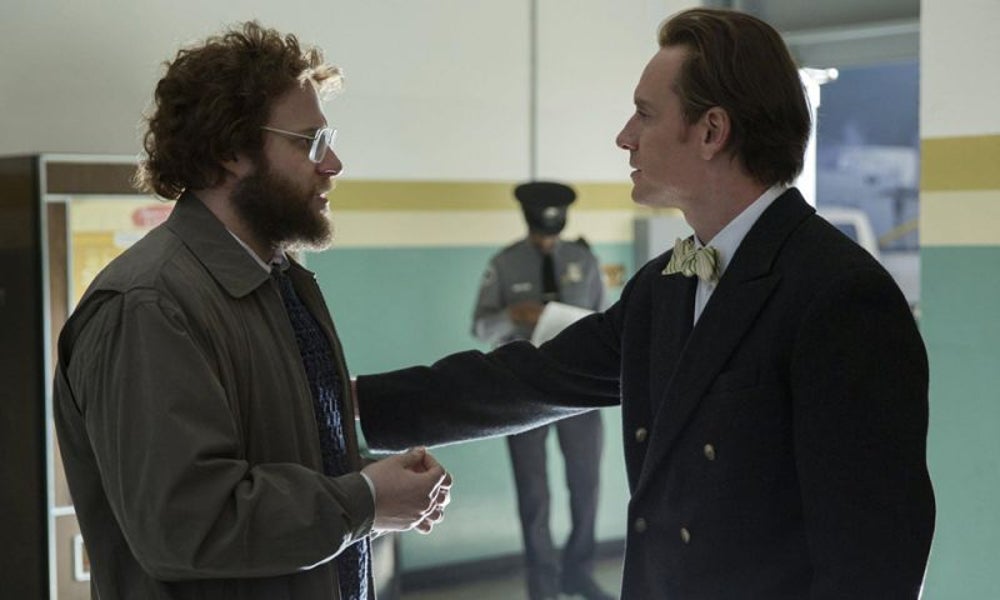 This movie showcases pivotal moments in the rise of Steve Jobs, the co-founder of Apple Inc., and takes a hard look at the entrepreneur’s personal and professional struggles. There have been a handful of movies and documentaries detailing the life of Jobs, but this 2015 version is perhaps the best. It takes a behind-the-scenes look at Jobs during three key product launches.

Jobs could be coldly dismissive of the people closest to him and often micromanaged even the smallest details of his presentations. He experienced tremendous failure and made ugly mistakes before finding success. Yet entrepreneurs watching this film will undoubtedly be motivated to stay true to their vision when facing tough challenges and weighing competing opinions.

Related: 5 Inspirational Tips From My 'Day in the Life of Steve Jobs' 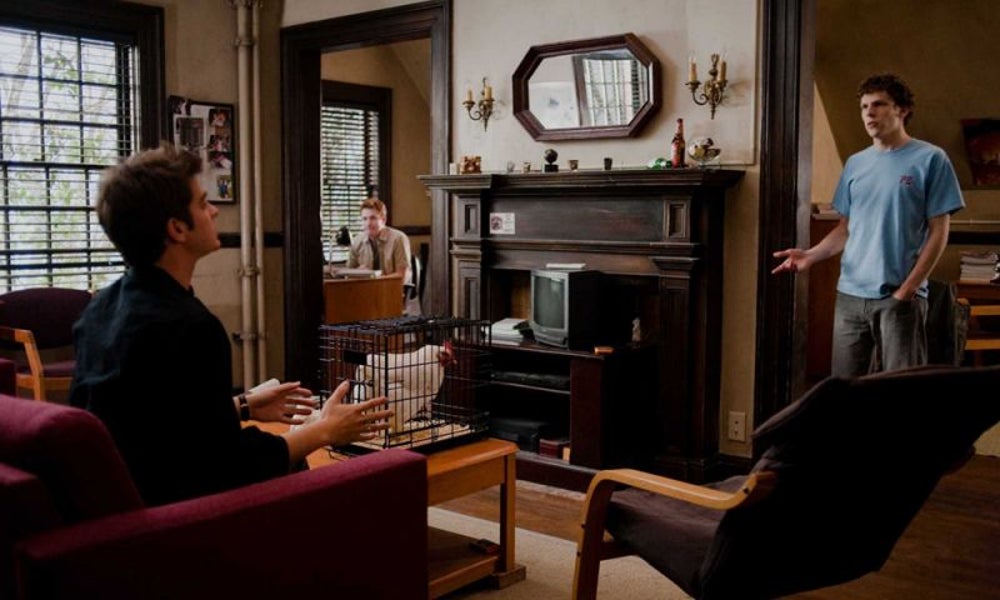 The Social Network offers a behind-the-scenes glimpse into how Mark Zuckerberg created Facebook and the cutthroat world of the startup. As the trailer for the movie says, “You don’t get to 500 million friends without making a few enemies,” and this point is underscored throughout the film as Zuckerberg navigates lawsuits and hurdles in funding.

Through it all, Zuckerberg must be flexible and evolve his product to suit the needs and desires of users. He also learns a painful lesson on the importance of having a binding contract in place. This movie offers several important insights for aspiring entrepreneurs, including that it’s not about who has an idea but who can execute it. But perhaps the big takeaway should be that you’re going to have to ruffle some feathers if you want to fly.

Catch Me If You Can 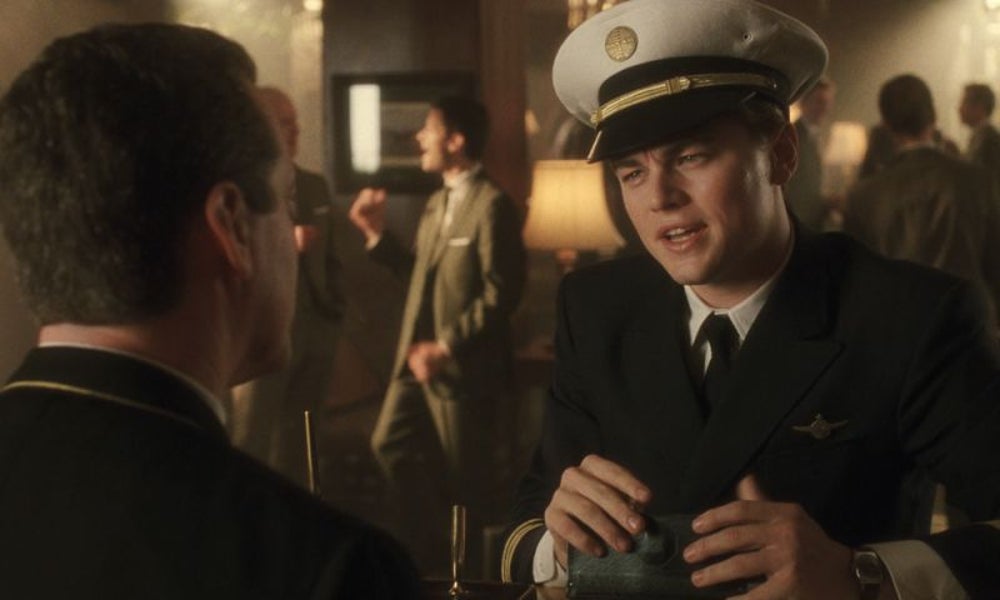 Based on a true story, Catch Me If You Can exemplifies the entrepreneurial journey. The main character, Frank Abagnale, is a con man who earned millions before he was 19 years old and successfully impersonated an airline pilot, doctor, lawyer and history professor. While Abagnale’s swindling tendencies shouldn’t be replicated, there are some wonderful insights here for the aspiring entrepreneur.

Abagnale knew how to create new opportunities out of bad situations. He achieved tremendous success in tough environments and under a great deal of stress. The movie also touches on entrepreneurial themes including creative problem solving, perseverance, personal sales techniques and finding funding sources. 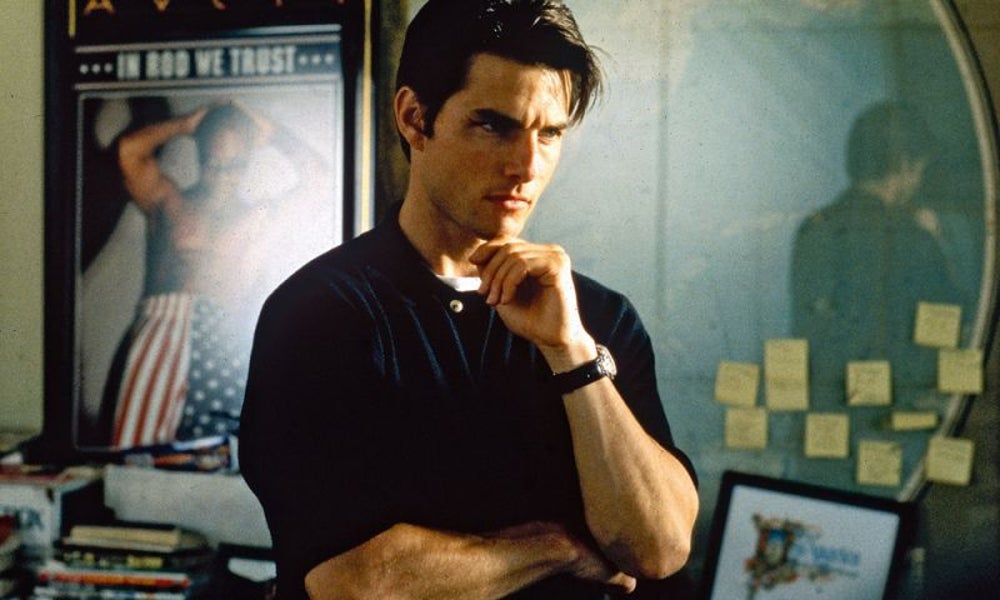 This is a story about Jerry Maguire, a man who, at the top of his game, has become disillusioned with the soulless corporate structure of his business. When he takes a step back and questions it all, it costs him everything he has achieved up until that point. In Jerry Maguire, he is fired from his job and everyone turns their back on him, except for one volatile client.

Maguire is forced to examine what is really important to his business and life as he works to bring the pieces back together. There’s a compelling and satisfying payoff, showing that striking out on your own and seeking to change something for the better has its own reward. 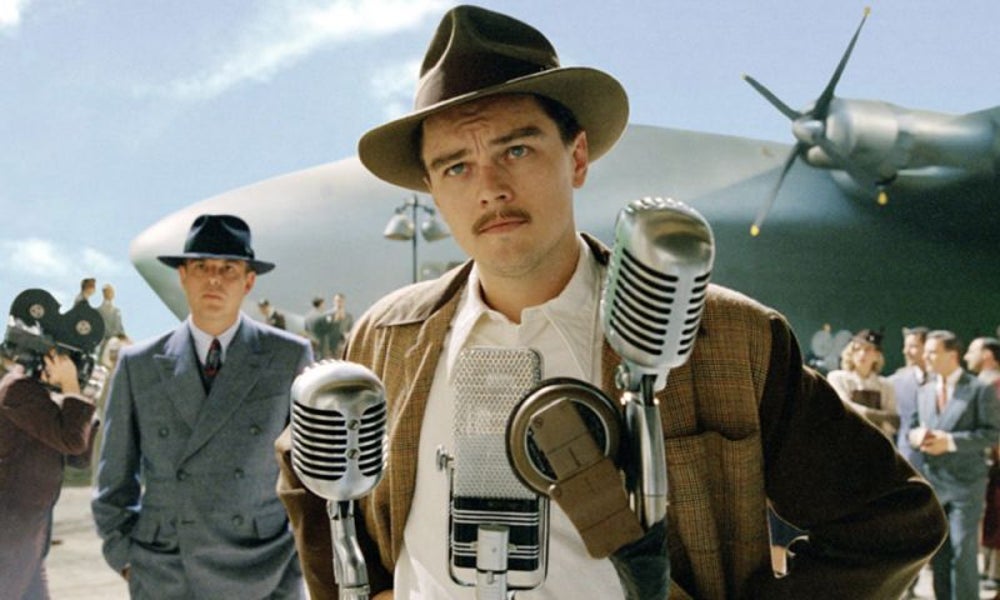 Howard Hughes was a man with lofty dreams and undeterred ambitions, until it all came crashing down. The Aviator, which depicts Hughes’s early years as a director and aviator in the late 1920s to mid-1940s, shows the obsessive attention to detail that both set him apart from the competition and, ultimately, led to his undoing.

As an undiagnosed sufferer of obsessive-compulsive disorder, his life began to unravel as he fell into a dark mental state, and yet he was able to pull himself together just in time to defend himself. Aspiring entrepreneurs can see flashes of Hughes’s spit-and-vinegar and also the fear and foreboding that embodied his personality. 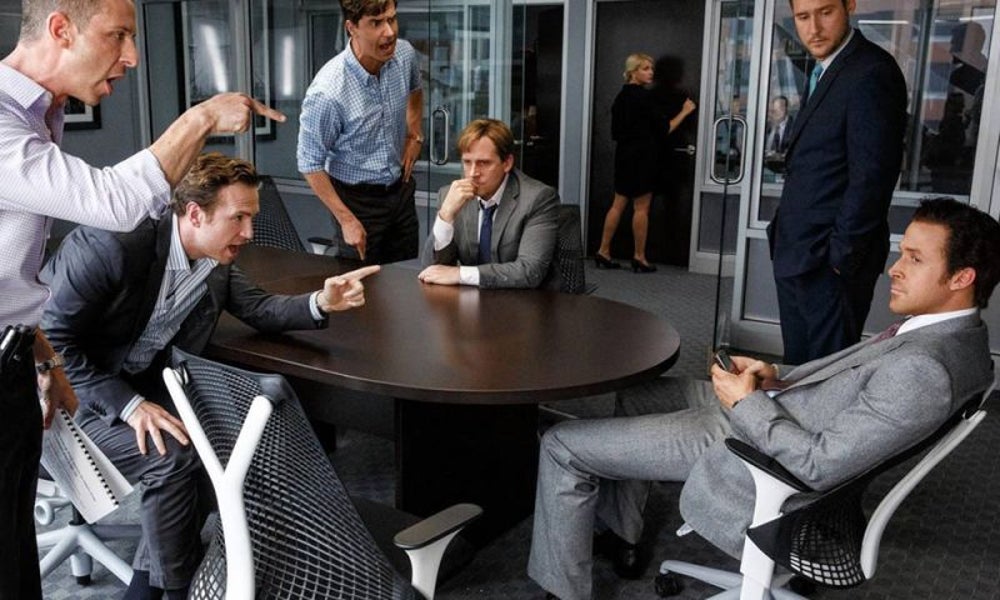 The U.S. housing crash and global financial crisis play a starring role in The Big Short, which tells the story of a group of Wall Street fund managers and investors who predicted and were able to profit from the collapse of the country’s overheated housing market.

The movie is full of important lessons for entrepreneurs and anyone who has invested money in the stock market: understand what you’re investing in, follow your gut and never take another person’s advice without fully understanding what you’re getting yourself into.