Do you know the 25 least-known unicorns?

When people interested in business see the word "unicorn," companies like Uber, Airbnb and SpaceX come to mind. Those brands are constantly in the news, and their valuations are astronomical. But for every flashy unicorn startup that becomes a household name, there are dozens more that stay relatively unknown to people outside their industries.

To better understand how people think about billion-dollar companies, McGuffin Creative Group surveyed 4,000 people to determine which unicorns had the highest and lowest brand awareness. Generally, it found that companies with higher valuations had higher brand awareness, but there were some exceptions to that rule. Juul Labs, for example, has a $50 billion valuation and 36 percent brand awareness.

But among the brands that scored less than 10 percent awareness, there were some interesting takeaways. People who live in big cities, for example, are likely to know more about Sweetgreen and Bird Rides than the average American. Beauty junkies will likely be surprised how few people knew about Pat McGrath Labs. Here's a breakdown of the lowest performers from the study. 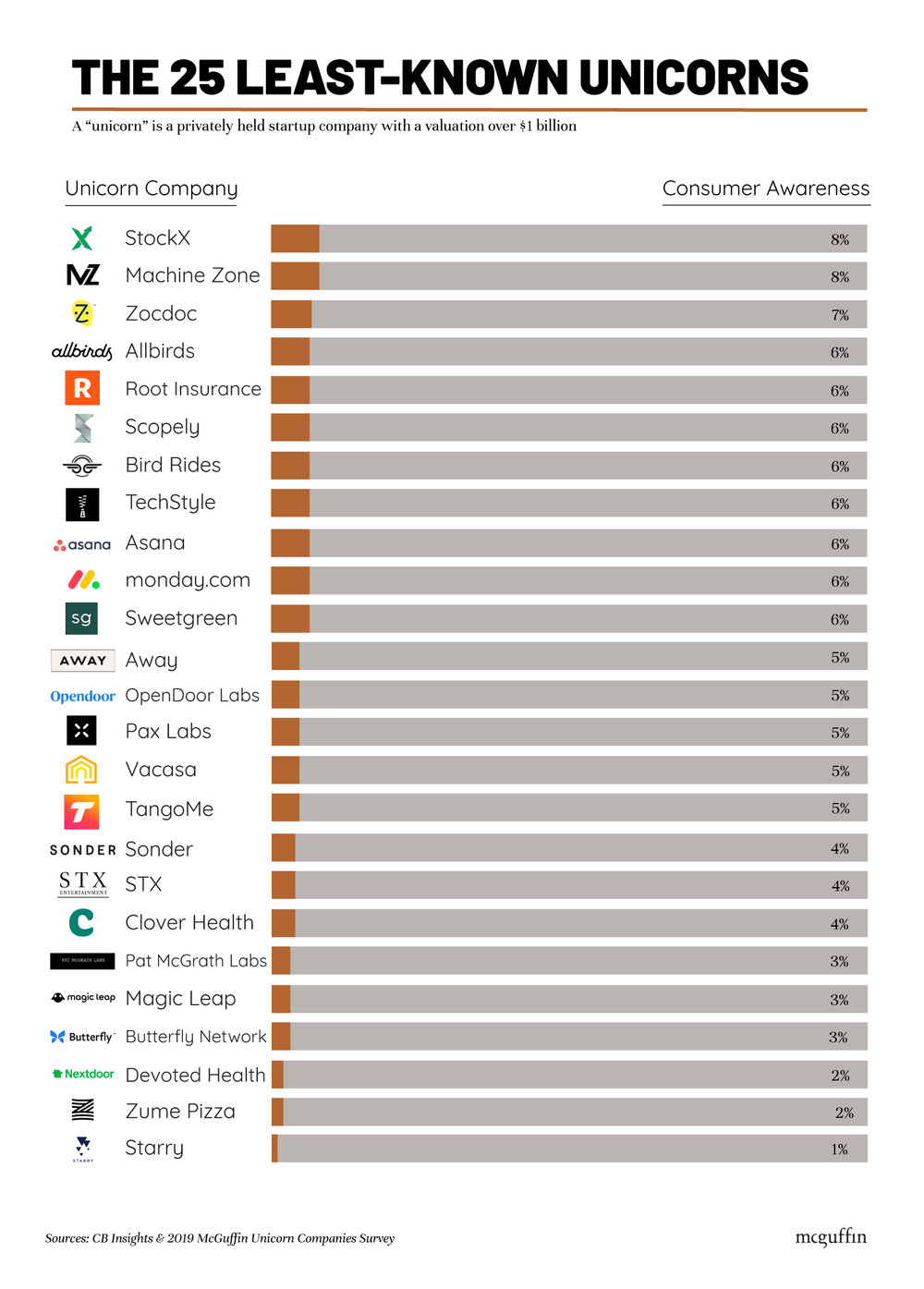 And what brands performed the best? Reddit, Airbnb and Buzzfeed were the top three companies on the list. Each has a brand awareness of more than 70 percent. See the below graphic for more information on the brands that outshone their competitors. 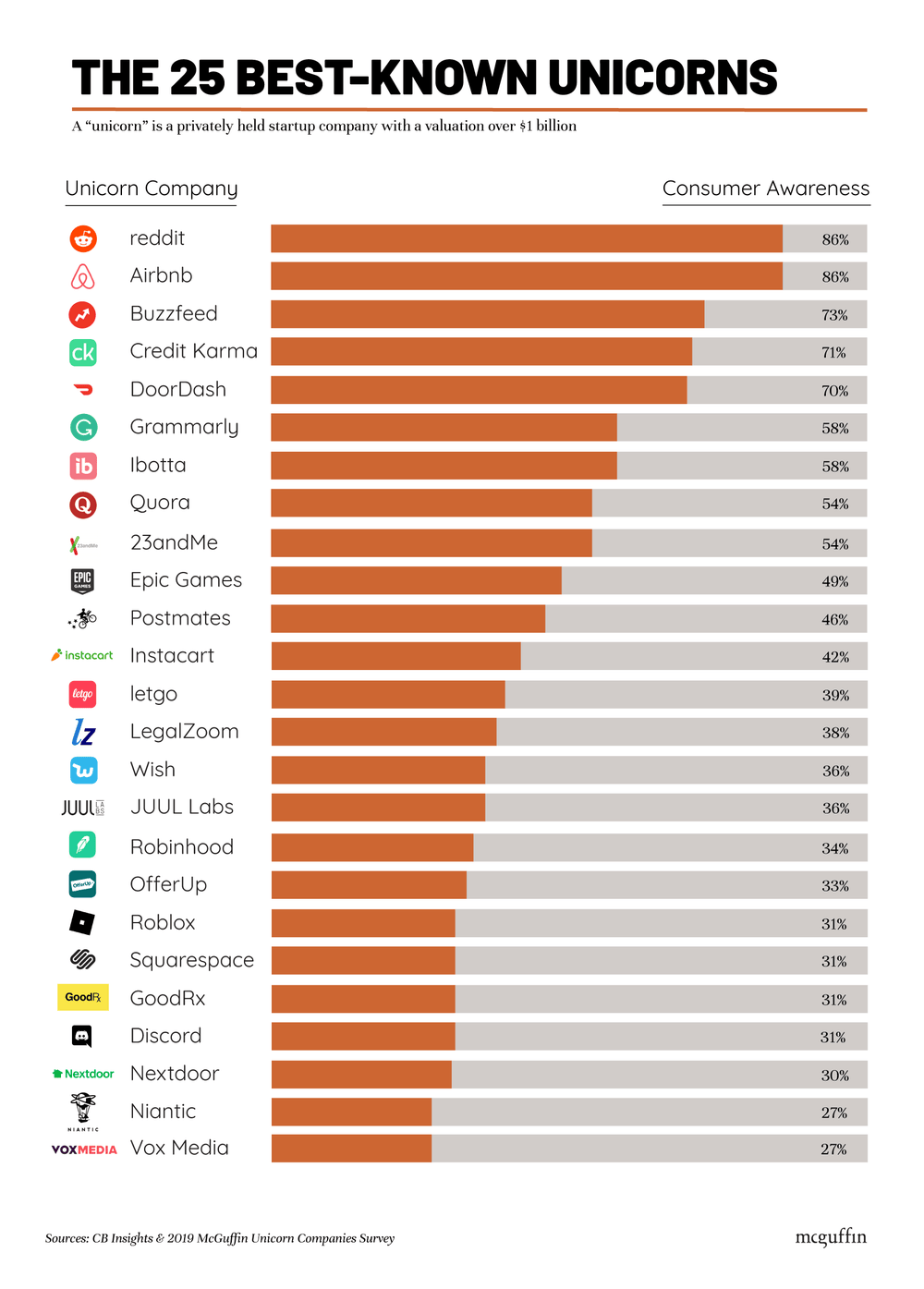 Related: Could These Companies Be the Next $1 Billion Unicorns?

Jessica Thomas is the senior digital content director at Entrepreneur. Prior to this role, she spent nearly five years on staff at Worth magazine and was a staff writer for Bustle.