How Software Is Helping Yoga Studios Keep Their Balance

Silicon Valley's BizeeBee is a simple management and billing tool that aims to keep yogis on their mats and not their laptops.

Poornima Vijayashanker had practiced yoga for more than 6 years when she had a realization: Yoga studios weren't using technology like they should. Regardless of the studio, she saw yogis who had entered the business thinking they'd be helping students perfect their poses, but were instead spending their time tracking attendance and chasing renewals to stay afloat.

Of course, Vijayashanker wasn't just any yoga student. She was a budding software engineer who'd become one of the first employees at the online personal finance site Mint.com and dropped out of Stanford's computer science graduate program to do it. When the startup was acquired by financial management powerhouse Intuit, she struck out in search of a new business venture that would inspire her to "jump out of bed in the morning."

From her tenure at Mint she knew that business owners have limited time and would "rather do anything than manage their finances." In January of 2010, Vijayashanker launched her own company, BizeeBee, mostly through bootstrapping and $450,000 from angel investments. The simple, cloud-based service tracks membership, attendance and revenues for independent fitness businesses. The tool automates repetitive tasks such as billing and class reminders, saving instructors time and keeping all the company's data in one place. 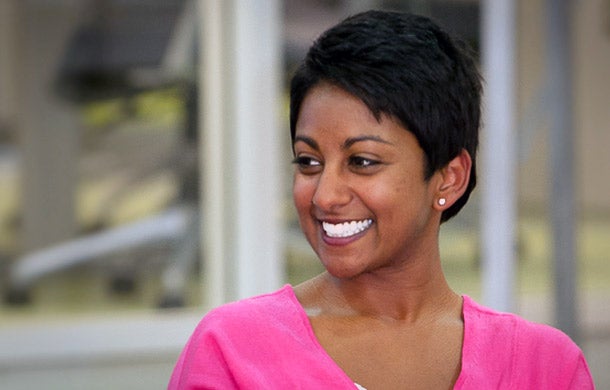 While similar software tools such as MindBody Online and Prana Software exist, BizeeBee is tailored to the specific needs of young and small businesses with a single location, modest enrollment and annual revenue of $100,000-200,000. Vijayashanker designed BizeeBee to be flexible and low cost: No contracts are required and monthly subscription rates are less than $70. With yoga on the rise -- the number of yoga practitioners grew 29 percent to 20.4 million Americans from 2008 to 2012, according to Yoga Journal's Yoga in America study -- Vijayashanker anticipates an increase in instructors who'll potentially need management help when starting out.

In the two and a half years since its launch, Palo Alto, Calif.-based BizeeBee has built a client roster that includes personal trainers, instructors, and owners of yoga, dance and martial arts studios, whose 36,000 clients are currently tracked by the tool.

Feedback from its subscribers inspired Vijayashanker to add new features to the software in 2011, including an online storefront to sell supplies and class packages. BizeeBee Billing, designed to streamline payment collection at a cost of 4 percent per transaction, is currently being beta-tested.

Straightforward management software is especially important to growing small, community-driven businesses, according to Rob Schware, co-founder of the Give Back Yoga Foundation, a group that brings yoga to underserved communities and trains instructors who do the same. He explains, "[Management] tools that are simple to install and easy to implement help the beginning yoga studio owner or instructor to reach their communities more effectively."

Vijayashanker says revenue is growing at a rate of 1-2 percent per month and reached break even at the end of 2012. The company is now run by Vijayashanker and her technical co-founder Alex Notov, with the help of two interns involved in marketing and development.

BizeeBee's next step is to increase its online presence through Internet marketing via social media, email campaigns and search engine optimization. It will also expand its YouTube-hosted Sustainable Studio Series: short episodes that aim to give business owners tips and enhance BizeeBee's credibility.

Inspired by her experiences in tech, Vijayashanker has also created Femgineer, an ed-tech startup created to educate, encourage and empower women building tech products and businesses. The courses cover topics like product development and interview strategies and students are (naturally) scheduled and managed through the tool. Using BizeeBee as a case study in her curriculum, Vijayashanker encourages aspiring women in tech to be self-motivated, self-reliant and to take risks. She tell them: "Recognize you're resourceful enough."

Kim Wood's writing has appeared in McSweeney’s Internet Tendency and Out Magazine, and aired on NPR. She is currently writing her first novel, which was begun with the support of the MacDowell Colony.