The Startup Act: A Nonstarter?

By Diana Ransom
July 19, 2011
Opinions expressed by Entrepreneur contributors are their own. 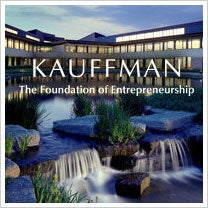 Job creation may be as bipartisan an issue as they come, but the Kauffman Foundation's latest effort to prompt new legislation aiming to jump-start the economy with startups will likely stall out.

The Ewing Marion Kauffman Foundation, a Kansas City-based small-business research organization, today offered up a four-point plan for how to both support the growth of startups and to help create jobs. That plan, dubbed the "Startup Act," is effectively an entrepreneur's wish list that includes giving smaller companies wider access to public capital markets, providing "Entrepreneurs' visas" and green cards to foreign students with degrees in science, technology, engineering and math, making permanent the capital-gains tax exemption currently available on long-held investments in startups and providing expedited patent processing in exchange for higher fees.

To be sure, many of the ideas offered in the Kauffman Foundation's Startup Act have long been supported by small-business advocates, entrepreneurs and even lawmakers. For instance, eliminating the 700,000 patent-application backlog and accelerating the commercialization of new products and services by offering expedited service in exchange for higher fees has been popular. That varied pricing structure found its way into the patent reform legislation that was passed by both the House and Senate.

And despite landing support from House Majority Leader Eric Cantor (R., Va.) and Senator Jon Tester (D., Mt.), a number of lawmakers have already lambasted certain proposals, which have appeared previously in other legislation. For instance, giving green cards to immigrants who start-up companies in the U.S. and hire a certain number of workers was first introduced in the Kerry-Lugar Startup Visa Act of 2010 that failed. The bill was reintroduced in March as the StartUp Visa Act of 2011 and is now in committee.

In addition, the current U.S. debt woes will likely make the Startup Act's proposed tax incentives harder to stomach. For one, the plan endorses the Obama Administration's call to make permanent the current capital-gains tax exemption for long-term investments in startups with less than $50 million valuation at the time of the investment, which is set to expire at the beginning of 2012 for investments. It also suggests implementing a 100 percent exclusion on corporate taxable income earned by qualified small businesses on the first year of taxable profit, which would precede two years with a 50 percent exclusion.

The Kauffman Foundation says that its tax-centric efforts would likely get paid for by an increase in tax revenues arising from the generation of added companies, but getting lawmakers to adopt provisions that would trigger even a short-term expense at this point may be difficult. Those provisions could also create added incentives for tax malfeasance, says Dean Baker co-director at the nonpartisan Center for Economic and Policy Research in Washington, D.C.

"I like the visas for STEM [science, technology, engineering and math] workers. Otherwise this is a recipe for tax scams," says Baker. "The vast majority of new firms fail. If we give government subsidies to promote even more new firms -- we already have tons -- then we can anticipate a lot more failures."

If nothing else, the Kauffman Foundation's CEO Carl Schramm hopes to plant the seed for bolstering the kind of entrepreneurship that leads to large-scale employment. "We hope that by outlining this idea for comprehensive startup legislation, we can stimulate a long-overdue, bipartisan conversation in this country about how to maintain and reinvigorate the entrepreneurial energy that has made our economy the most innovative in the world," he says.

Which if any provisions in the Startup Act do you think will help spur entrepreneurship and job growth? Leave a comment and let us know.