There's No Easy Path to Success

It takes hard work, long hours, outperforming your competition--and reinventing yourself every day. 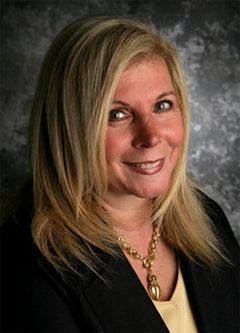 What was the inspiration for your business?
Marsha Serlin describes her inspiration in a single word: "Survival." She was a single mom with two kids and a houseplant-installation business that didn't cover her bills. Among her customers, however, was a man who owned a scrap-metal business. He was young and successful--and he was always home. So Serlin asked him to "teach me everything you know in 24 hours."

"I figured I'd be home with the children after school," she says. In fact, she found herself working incredibly long hours and making just enough money to cover her mortgage. "It took me three years before I finally started to see a little bit of light at the end of this tunnel. Because I'm not making anything, and I think that I'm a failure. I'm making just enough to cover my mortgage." She eventually called her former customer and found out why he had always been home. His reply? "I was so burned out from working 16-hour days that I took six months off to do my apartment."

How much did it cost to start the business?
Serlin used $200 and a Budget truck she rented using her Sears card. "My Sears credit card was the only thing that was still viable," she says.

How did you grow your business so rapidly?
"Every business can be a success; it just takes hard work, long hours and there is no easy way out. You have to be better than all your competition. It's starting with nothing and reinventing it every day."

She's still reinventing, in light of the current economic crisis. Manufacturers are making fewer goods, so they don't need as much metal. Nevertheless, Serlin is confident she'll weather hard times. "Keep turning your inventory for cash flow," she advises, "even if you have to take a loss. Keep moving your material so you have cash flow."

How did you succeed in a male-dominated business?
Serlin says her competitors underestimated her drive, her ability and her vision. She considers that an advantage. "If you're underestimated, you have a real good chance to succeed. Nobody's watching, and you have an opportunity to go under the radar."

Which is exactly what she did. After outgrowing her garage, she bought a ramshackle old building that looked like the set for the Sanford & Son TV show. "From the front you saw this skinny building with no sign and kind of a ratty-looking exterior. But my office was beautiful. The inside was fine--but you have to have gone inside to know what it was." She deliberately left the outside looking shoddy. "I didn't want my competition to think I was doing anything right." Meanwhile, "I kept buying all this property behind me." Today, she owns 35 acres and employs several hundred people.

Do you have a funny story about juggling kids and work?
Serlin says she made a deal with her children when they were very young. "If you allow me to go out and make a living and if you don't get in trouble in school, you'll be able to live here in this house and be with your friends. If I can't, and you get in trouble, I'll have to stay home like all the other mothers in our neighborhood." She enforced that conversation by showing them "the most horrible place in Chicago," which was a housing development in a poor section of town. "This is where you live when you have no money," she told them. "They were so scared they never got in trouble."

What's on your iPod?
Serlin enjoys listening to classical music.

What books are you reading?
"Snowball: Warren Buffet and the Business of Life."

What's your advice to aspiring entrepreneurs who want to grow their business?
Serlin advises: