Terry Neese says women business owners have the ability to shape the political landscape in their favor. 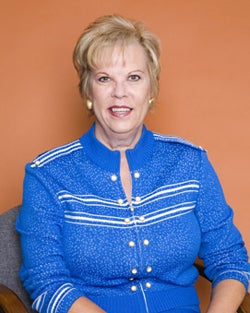 Terry Neese describes herself as a serial entrepreneur. "I started Terry Neese Personnel Services in the 1970s and built that into a multimillion-dollar business." Since then, she's founded the nonprofit Women Impacting Public Policy (WIPP), which she calls "the nation's voice for women business owners," and the Institute for the Economic Empowerment of Women, which teaches women how to make a difference in their communities by tapping into politics.

In 2003, President Bush appointed her to the National Women's Business Council. She has run for lieutenant governor in her native state of Oklahoma, and this year she became a fellow at the National Center for Policy Analysis in Washington, D.C. Her efforts there focus on changing laws that penalize small business.

What advice do you give to women just starting a business?
Neese laughs about the beginnings of her business. "I had no capital, no business plan, no business-owner experience, no marketing plan. And the rest is history," she says. But she cautions, "I would never tell someone to start a business like I did.

I think those three things are really critical."

Finally, she says, "market, market, market. Forget about all the clutter that's going on the outside and stay on track--and you'll be fine."

What do you tell women discouraged about the economy?
"I tell small-business owners today to keep your blinders on; don't listen to the negativism. Stay positive, stay focused, follow your business plan, don't go off budget. Trim if you have to. Stay passionate and hard work, hard work, hard work."

Advocacy
When did your political consciousness get raised?
Neese become politically engaged in 1986, as a result of her membership in the Oklahoma chapter of the National Association of Women Business Owners. At the urging of then-national NAWBO President Virginia Littlejohn, she became a delegate to the 1986 White House Conference on Small Business.

"I saw a whole new world that I never knew [about]. It was very empowering and very enlightening. I was hooked on the process," she says.

What was the impetus for founding Women Impacting Public Policy?
By 2001, with daughter Kim running the personnel agency, Neese decided it was time for a new focus. "I needed to go do something else and not be in the office and looking over her shoulder," Neese says. "So I founded Women Impacting Public Policy. We have about half a million members."

How do you explain why it's important to get involved in politics?
"If you run a business and you're not involved in politics, then politics will run your business. I don't care if it's a stop sign at the corner or it's trying to get a federal government contract. You have to know how the system works. If you have a passion about a law that is not beneficial to your company, then you need to know how to go and change it.

"So it's important that you know your city council person, your mayor, your state house rep, your state senator, your congressman and your two United States senators. And you know what? You can know the president of the United States. You just have to work a little harder at it."

Get to know them before your business has a problem, Neese advises. "Call them up. They work for you. Go see them."

Getting to know her elected officials has been a boon for Neese's business. "I learned quickly that if I had a problem going on in my business, I needed to reach out to whomever would solve that problem." For example, she says, "I applied for a 501(c)(3) (classification for a nonprofit organization), and it takes forever to get through that process. I called up my senator and said, 'Help. I'm ready to get to work helping women around the world run their businesses. I have people who want to actually contribute to my cause, and they can't contribute until I get my 501(c)(3) designation. Can you intervene?' Within a relatively short period of time, I had my 501(c)(3) designation," Neese says.

"I think any time an individual out here is having a problem with a federal government agency, they should be able to pick up the phone and talk with their elected official about what that problem is and get them to help. One reason they're in Washington is to help us run our businesses more successfully.

How has having a woman selected as a vice presidential candidate changed the game for women business owners? Or has it?
"I don't think there should be any difference between Sarah Palin and John McCain or Joseph Biden or Barack Obama. We should ask all of these people the same questions. I don't think anyone should vote for someone because they're white, black, red, purple, or green or whatever gender they are. It should be based on, 'What are these folks going to do for me to help me be successful in business?' "

Neese believes that men and women entrepreneurs relate to different things when it comes to running a business or evaluating a candidate. "Can I relate to Sarah Palin keeping up with five children and being governor of Alaska? Can every woman out there relate to that?

"Can men relate to that? Stay-at-home dads probably can.

"Will that impact the election in November? I'm not sure that it will. If people take my advice, they'll be going back and looking at the small business platforms that both candidates are putting up and determining which one of those will help them be more successful in business."

What small-business issues should Washington focus on?
The National Center for Policy Analysis has advanced five family friendly policies for the workplace. Those are: flexible benefits, flexible workplaces, portable insurance, tax fairness and health care for small business.

What additional issues do women face that are different?
"We are born nurturers. We are more focused on making sure our employees have benefit packages--especially in the health care arena--than our male counterparts.

"We don't have a seat at the table when it comes to federal government contracting. The federal government purchases more than $300 billion of products and services from the private sector, and women business owners are supposed to get 5 percent of that. Instead," Neese says, "we're at 3.4 percent. We're leaving about $13 billion on the table because we don't know how to go get it."

Neese readily admits it's a cumbersome process, laden with good-old-boy tendencies, but women have to participate. "It's not a pretty process, and therefore women have a tendency to just shy away from it and say, 'I'll go build my business somewhere else.' I'm not saying that we need to play the game the way the boys play it, but we need to know how the game is played. And we need to have a seat at the table."

4 Lists of Franchise Rankings You Don't Want to Miss