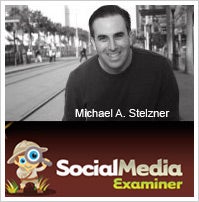 If you're dipping your big toe into the waters of social media marketing--all the while wondering if these somewhat obscure channels will really help promote your business or brand--I've got some good news for you. A well-researched report entitled the "2010 Social Media Marketing Industry Report," was published this month, and it should be required reading for entrepreneurs and small-business owners. It was put together by Michael A. Stelzner, the so-called grandfather of white papers.

Stelzner, who is also the founder of SocialMediaExaminer.com, asked 8,600 marketers to participate in a survey and ended up with a respectable 1,898 e-mailed responses.

The respondents were mostly small-business owners focused on attracting other businesses or consumers. The median age was 40 to 49 and females represented 60 percent of the participants. A majority of respondents said they currently invest at least six hours a week in social media activities, with another 12 percent saying they spend more than 20 hours per week focused on social media-related marketing.

Favorite Social Media Tools
When they reach into their social media tool bag, which tools are small- to medium-size businesses most likely to use? As might be expected, most of those responding said they'd likely choose Twitter, Facebook, LinkedIn and blogging. The order in which these tools would be used depends on how long the marketer has been dabbling in social media.

For instance, newcomers to social media marketing said Facebook is their No. 1 choice, followed by Twitter and LinkedIn. But among veteran social media practitioners, Twitter is the tool of choice for 96 percent of that group, followed closely by Facebook. This group also employs video more than the novices.

The marketers also said they plan to increase their use of blogs, Facebook, video or YouTube, Twitter and LinkedIn in the near future, and 80 percent said they're giving up on MySpace or plan on cutting back on efforts in that direction.

Surprisingly, and this is something I particularly like to see, most marketers said they intend to devote most of their efforts to blogging-related activities.

Second only to blogs, Facebook is the area where businesses believe they can achieve the most substantial marketing results, and 80 percent of business-to-consumer companies plan to increase those efforts. Seventy-three percent of marketers plan to increase video/YouTube marketing, and 71 percent are opting to boost their use of Twitter in the future. Business-to-business owners say they'll increase their use of LinkedIn (72.2 percent versus 59.1 percent of business-to-consumer marketers.)

Less Popular Resources
Not so high on the respondents agendas are planned activities in such social media arenas as forums, social bookmarking, Digg, Reddit, Mixx, StumbleUpon, Ning and MySpace. Adding insult to injury in the case of MySpace, most business say they have no plans to use the social networking platform, and only 9 percent say they'll increase their MySpace activities. Quite a fall for what was the most popular networking site in the world just a few years ago.

The survey also queried respondents about which social media tools they were especially interested in learning more about, and social bookmarking barely edged out Twitter for the top spot. Facebook came in third, followed closely by Digg/Reddit/Mixx/StumbleUpon and then LinkedIn.

The Role of Outsourcing
Concluding the survey was a question about whether or not these marketers were outsourcing any of their social media marketing tasks. Most said they were doing the work in-house, probably because the concept is so new to them. In the case of larger business, however, 25.7 percent said they are currently outsourcing their social media work as compared to 10.6 percent of sole proprietors. The outsourcing trend is expected to show increases in the next report.