Note to Entrepreneurs: Laid-Off Workers No Longer Want to Be You

By Carol Tice August 11, 2010
Opinions expressed by Entrepreneur contributors are their own. 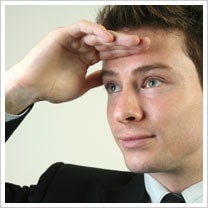 Apparently, all the people out there who want to start businesses have now done it. A new study from Challenger, Gray & Christmas shows the percent of laid-off workers starting their own businesses sunk to an all-time low in the first half of this year. Just 3.7 percent of job-seekers ended up starting a business instead in the survey. For comparison, 8.6 percent of the unemployed became entrepreneurs in calendar 2009.

That might sound like business opportunity is drying up, but it could really mean the opposite. Here's why the drop in startups might be a good sign for established business owners: Motivated entrepreneurs have already done it. This far into the recession, anyone with a burning drive to start a business in the current conditions may have already hung out their shingle.

Hiring is ticking up. As companies begin to hire again, more workers just head back to the trenches instead of feeling compelled to strike out on their own.

Recession may be ending. Trends in starting companies tend to show how the economy's doing. The decline in entrepreneurial activity could indicate that the economy is really picking up now.

It's probably not that the unemployed know something you don't about whether starting a business is a good idea. It could also simply be that startup capital remains really hard to get.

It's likely not good news for the economy, though, as startups create fairly durable new jobs, a new study from the Kauffman Foundation showed.

What do you think -- is it a good sign or a bad one that fewer people want to start businesses now? Leave a comment and let us know.