By Bryan Keplesky March 17, 2011
Opinions expressed by Entrepreneur contributors are their own. 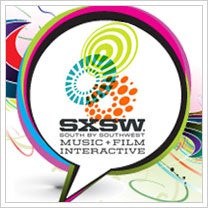 Another SXSW Interactive has come to a close. And while every cell phone is getting a much deserved recharge, it's a good time to share a few observations about this year's conference.

The SXSW Interactive brand: The final numbers are not in yet, but there's no reason to doubt that Interactive will once again beat out Film and Music for most paid attendees. Last year a few overflow panels were held at only one hotel. This year, four nearby hotels hosted Interactive events. And, as our Dailies have shown, entrepreneurs and startups love SXSW. They love it for the panels, the networking and the parties. No other conference is attracting this level of talent.

Tech Trends: Crowdsourcing continues to be a major topic of interest as evinced by the fan-made Star Wars movie and a website that allows you to distribute money to things you're a fan of. This year's festival has reiterated and reinforced the notion that crowds offer some pretty powerful things – chiefly, safety in numbers and the beauty of a collective experience by supporting people, places or things. In contrast to crowds, we also have "pods." Specifically, the small groups of friends you create in Beluga, a much-talked about mobile application that allows you to communicate privately in group chats. Beluga was acquired by Facebook on March 1 -- just four months after its initial launch date in November.

Startups: Brennen Peters from Qlobe put it best: “People at SXSW are willing to experience new things, so there’s no friction." Instead, he adds, "there’s a mutual respect for wanting to start something new.” Plus, many entrepreneurs have benefitted from all of the networking, rubbing elbows with like-minded business people and learning about the latest and greatest in technology.

While we met engaging entrepreneurs every day at the Convention Center and found their energy and positivity inspiring, there were legions of young, bootstrapping startups with whom we didn't meet. With so much enthusiasm, it's starting to feel like technology has finally caught up to people's ideas and imaginations.

Our constantly evolving technology -- and dependence on it -- especially in the mobile and web spaces, create new problems, new solutions and new ideas about how our lives can be better, richer and more meaningful. Now more than ever, with SXSW Interactive still in recent memory, it must feel really good to be an entrepreneur.

You tell us. How does it feel?