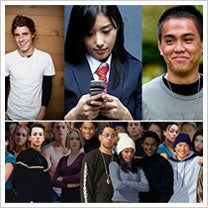 We know young entrepreneurs can be more tech-savvy, more heavily engaged in social media, and more empowered to start businesses in their college dorm room than any previous generation. Turns out they're different from older business owners in another way, too -- they're more likely to sell their business.

A new study from The Guardian Life Small Business Research Institute reports Millennials (the generation born after 1982) are 100 percent more likely to sell their business than older entrepreneurs. In other words, they're sellouts: Owners who aren't so emotionally attached to their business that they wouldn't sell it to a big company or another entrepreneur if the right offer came along.

A few other interesting differences the study found in the Millennial generation:

As it happens, Millennials have good timing right now as merger and acquisition activity is increasing, according to business-broker site BizBuySell. Business sales were up 3 percent in 2010 compared with 2009, the company reports, with more than 4,500 businesses changing hands.

Personally, I think the results from the Guardian Life Small Business Research Institute report may be a bit deceptive. I think more businesses are being bought and sold in general, by owners of all ages. The study is comparing historical data for older generations of owners with opinions voiced by young entrepreneurs. Our whole society has become more mobile and fast-changing. For instance, consider divorce rates, the increased economic uncertainty and how much more people move across country now than in decades past. All of that points the way to more frequent selling to me, not just the entrepreneur's age.

Certainly most of the dot-com boom generation who started businesses in the late 1990s are a bit older than Millennials, but I think they're no more deeply attached to their startups. I've seen many sell in a blink.

So, what makes your business likely to sell? It's already making a profit and has clearly defined operating procedures, BizBuySell found. Perhaps more Millennials are starting online businesses, which have low operating costs, aren't complicated to run, and can see profit quickly. That puts them in a good position to sell.

But here's a sobering thought: The typical business doesn't sell for much. The average was $150,000 last year, down more than 6 percent from 2009, reports BizBuySell. That dovetails with companies' lower revenue last year, down 2 percent.

Maybe more Millennials are likely to sell because when you're younger, $150,000 seems like a fortune. When you've been working a while, maybe you want more -- say, enough money to retire on.

Would you sell your business? Leave a comment and let us know.