Harry Potter By the Numbers 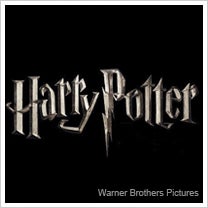 Harry Potter and the Deathly Hallows Part 2, the final installment in the epic Harry Potter movie series, is set to premiere in theaters tonight at 12 a.m. at more than 3,800 locations. With Potter fandom nearing a fever pitch, advance ticket sales have passed $32 million, which is a record for the movie series, says movie distributor Warner Bros. Pictures.

Already, early projections peg the film's first weekend gross at about $153 million. Coupled with the staggering success of the previous movies, the books, all the merchandising and every other Potter-themed commodity, this just goes to show that successfully executing a good idea can result in magical business results.

Here is Entrepreneur's list of numbers and facts about the Potter brand that may surprise you:

$657.24 million: Earnings from the previous film, Harry Potter and the Deathly Hallows Part 1.

1 million: The number of butterbeers (a popular drink in the Harry Potter series) sold at the Wizarding World of Harry Potter over the 2010 winter holidays.

120: The number of different products in the Weasleys' Wizard Wheezes Shop, which is featured in the films.

$2.25: The price of a 1.2-ounce box of Harry Potter branded "Bertie Bott's Every Flavour Beans" (another product from the movies) by Jelly Belly.

5,800: The number of times Harry Potter's famous scar has been applied by the makeup department over the course of the film series.

19.6: The number of hours it would take to watch all eight Harry Potter movies back-to-back.

0: Despite the first seven films recieving nine nominations, none have received an Academy Award.