By Carol Tice September 16, 2011
Opinions expressed by Entrepreneur contributors are their own. 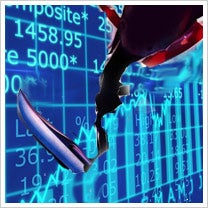 Ever since the U.S. got a credit downgrade in August, the stock markets have been bouncing up and down like a pinball. At this point, the volatility has persisted long enough to raise concerns that this year's healthy crop of planned initial public offerings could go into a holding pattern or even fade away.

This would be bad news for companies seeking venture capital, too. No IPO paydays means less cash in venture capitalists's pockets to reinvest in your business.

Market uncertainty makes companies cancel or postpone IPOs, as investors don't want to end up with poor returns. The timing of the current market craziness is crummy, as 202 companies have filed to go public so far this year and are considered "in the pipeline," IPO analyst firm Renaissance Capital reports. That's the most companies waiting in the IPO wings in a decade.

So companies have finally gotten up the gumption to try the public markets again. And now this.

Renaissance data shows in August alone, 21 companies canceled planned IPOs, with 11 of those officially withdrawing their IPO filing (translation: We're forgetting all about going public for the foreseeable future). Things had been going pretty well before August, with 96 IPOs launched compared with 87 as of September 2010. Venture-capital backed planned IPOs are now over half the total volume, Renaissance notes.

Under the most scrutiny at the moment are two big, red-hot social-media IPOs -- daily-deal phenomenon Groupon is seeking $750 million and social-gaming powerhouse Zynga of Farmville fame has a $1 billion offering that's the biggest IPO waiting on deck.

IPOs by big-name companies such as these tend to give the whole market a boost and stimulate more IPO activity. Rumors are flying that both are being postponed, though some have said the current lull is just a typical midsummer doldrums -- bankers vacation in August, so few IPOs debut at that time. Both IPOs were originally thought to be set to go just after Labor Day, but any number of things could be causing delays, including hesitancy by the companies' leadership to be out on a grueling 'road show' tour to pitch the IPO at such an uncertain market moment.

Renaissance has taken the view that the pipeline is so backlogged that IPOs will continue, despite market zig-zags. Too many companies simply need to tap market cash now.

On the plus side, clean/green energy saw funding grow by nearly one-fifth, and big winner life sciences saw a 41 percent increase. In other words, VC investment is sort of up and down by sector, but not really growing much overall. Getting venture capitalists a few billion back in IPO returns might help boost startup investment.

Do you think market troubles will cause an IPO-cancellation stampede? Leave a comment and give us your take.