How to Leverage Celebrities and Social Media to Build Buzz

Shira Lazar
October 25, 2011 min read
Opinions expressed by Entrepreneur contributors are their own. 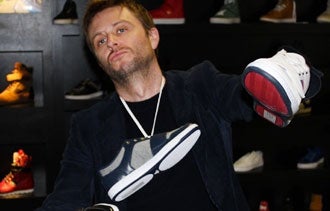 When it comes to shoes and social media, Zappos.com is the go-to example for how to master happiness, company culture and customer service to generate big profits.

Recently, however, I started noticing an independent Los Angeles-based shoe brand making noise online. Launched in 2002 by two best friends, Robert Nand and Rich Cofinco, Creative Recreation caters to men and women -- and even kids now too -- who consider themselves "young professionals with style."

But the company has also cultivated an enviable celebrity clientele with big-names like Robert Downey Jr. and Kanye West who wear CR's shoes.

So how did Creative Recreation do it? In addition to never missing a photo opp with a celeb donning their shoes, CR made connections with influencers like Perez Hilton and, more recently, MTV's The Buried Life whose cast members collaborated to create 50 pairs of limited edition LED-light shoes. (Fans can now win a pair by uploading a picture of what they would do with their unique flashy kicks to CR's site.)

For more on how CR is building its business and online buzz, here's a snapshot of my recent chat with co-founder Nand: 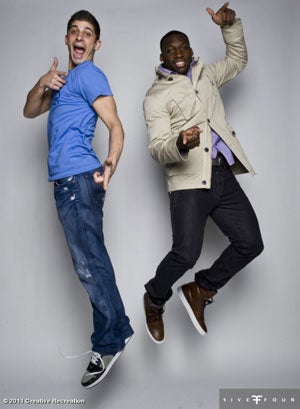 How has Creative Recreation grown using social media?
Through Twitter, Facebook and our blog, The CR Journal, we have the ability to engage our consumers with the latest news about our company, as well as write about new styles, exclusives, limited editions, contests, giveaways and events. Our digital following acts as our street team, spreading the word about the brand. This gives our fans more access to Creative Recreation and the ability to interact with our team.

What is the best strategy you've used for building your community online?
Offering our most loyal customers and followers -- or "digital ambassadors" as we call them -- exclusive content has been integral in growing our community online. We are currently creating a program where our fans can earn points online, and in turn, free shoes.

Was there a single moment that proved the power of hosting contests and giveaways?
We put a contest out on Facebook where we offered a free pair of shoes to anyone who could prove that they invited 50 or more of their friends to become a fan of the company. The effect was immediate: People not only submitted pictures and screen grabs, but also made videos of themselves inviting tons of other people to "like" us on Facebook. We ended up giving away about 200 pairs of shoes and went from 7,000 followers to about 30,000 in only a couple weeks.

What's the best way to get customers and fans to spread the word?
In addition to contests and giveaways, we try to create content that, as our Facebook friends would say, people actually like. We've noticed that content goes viral when viewers enjoy what they're seeing. For instance, we recently asked our Facebook fans a question: "If you were stuck on an island and had to choose one thing from your closet to bring, what would it be?" We got 62 comments from the over 98,000 people that like our page.