What Your Business Can Learn From Apple's Battle with Samsung

By Mikal E. Belicove December 8, 2011
Opinions expressed by Entrepreneur contributors are their own. 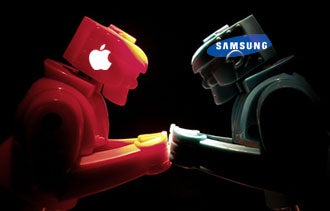 If you haven't been paying attention to the ongoing court battle between Apple and Samsung, you're missing an epic conflict over patents and trademarks, both of which are often overlooked by entrepreneurs when attempting to launch a new product or service.

The dispute centers on Apple's claims that Samsung's products infringe upon its design patents. Per the latest in the conflict, a U.S. District judge ruled last Friday that Apple failed to meet its burden of showing a likelihood of irreparable harm in the injunction it sought against Samsung. As a result, Samsung, the world's largest consumer electronics company, now has the go ahead to continue selling its Galaxy S 4G, Infuse 4G, and Droid Charge phones and Galaxy Tab 10.1 tablet in the U.S.

It's an early Christmas gift for Samsung, but winning a battle does not the war win, according to Christopher V. Carani, a partner in the intellectual property law firm of McAndrews, Held & Malloy and chair of the American Bar Association's Design Rights Committee. Here's what Carani has to say about this seven-month-old court fight and why business owners should pay attention to future skirmishes:

Preliminary injunctions are hard to win but do have impact. Apple had an uphill battle in persuading a judge to pull Samsung's targeted products off the shelves prior to the fact-finding discovery process and full trial based on the merits of Apple's claims. In this case, even though Samsung prevailed on the preliminary injunction, the motion created delay and uncertainty in Samsung's U.S. launch.

Apple's design patents strategy proved effective. Apple's strategy of applying for multiple design patents for the iPhone enabled it to protect itself and was effective in ensnaring Samsung's tablet and smartphone products.

Prior art searches to invalidate patents are critical. When someone claims your product violates their patent, you conduct a search for "prior art" -- that is, anything proving that a product or service existed prior to a given date. Samsung's saving grace in this latest round was that its litigation team located prior art references that undermined the validity of one of Apple's iPad design patents. What Samsung discovered was a 1994 Knight-Ridder video depicting a tablet newspaper of the future, which looks very similar to the iPad and Galaxy Tab 10.1 tablet.

While Samsung doesn't have to take its products off store shelves, the judge found in Apple's favor with respect to one of Apple's iPhone design patents. As a result, Apple has an excellent chance of obtaining a large damages award for that patent infringement as well as for lost profits from Samsung's sales of the Galaxy S 4G and Infuse 4.

Have you ever had to deal with a patent dispute? Tell us about your experience in the comments section below.