By Peter S. Cohan January 23, 2012
Opinions expressed by Entrepreneur contributors are their own. 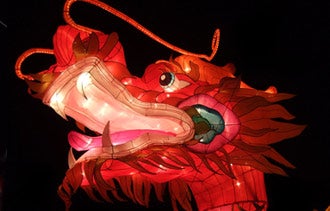 China may be growing at a jaw-dropping clip, but the U.S. has a far more developed ecosystem for entrepreneurs -- a difference that carries implications for anyone seeking to startup in the world's most populous country.

On a recent trip to Hong Kong and Singapore, I brought along 25 Babson College MBAs to check out the entrepreneurial ecosystem of China. While we were not in mainland China, both countries derive much of their business from their relationships there.

We sought to debunk the conventional wisdom that says neither Hong Kong, Singapore nor China have any venture capital for startups, and that people there have an aversion to startups because of the risk of failure. Given the overwhelming social sanctions against failure, no one in their right mind would get involved with a startup, right? Not quite.

What we saw firsthand is that there are plenty of very smart people in these countries who are starting companies and succeeding. Many of them happen to have one thing in common, though: Chinese entrepreneurs are often shaped by their experience in the U.S.

Consider Yat Sui. This ethnically Chinese entrepreneur started his career at Atari in the U.S. But when the gaming company shuttered, Sui went to Hong Kong and started its first Internet Service Provider in the 1990s.

That morphed into a company that we visited, called Outblaze, a holding company for various digital media subsidiaries. One of its business units created such popular apps like Pretty Pet Salon that Silicon Valley venture capitalists took notice. Among others, Intel Capital based in Santa Clara, Calif., invested in the unit. Then, in April of 2009, Armonk, N.Y.-based IBM bought Outlblaze's low-cost email assets for an undisclosed price.

Though Sui and many other entrepreneurs are making great strides in Asia, a few things are standing in the way of real entrepreneurial progress, as my class and I found. Not only are technology startups considered way too risky for typical Chinese investors, entrepreneurs must often bootstrap to get their ideas off the ground. And then to expand, many must still tap Silicon Valley to land investment funds.

To understand this imbalance, think about why capital flows to certain countries and regions. As Srini Rangan and I described in our book, Capital Rising, economic growth is one big reason. Another is the relative strengths of an entrepreneurial ecosystem -- consisting of four factors: corporate governance, financial markets, human capital and intellectual property protection. With most of these factors, China pales in comparison to the U.S., which has long proved to be entrepreneur-friendly.

So even though China's economy is growing by leaps and bounds, its entrepreneur ecosystem remains relatively weak compared to the U.S., which boasts strong intellectual property protections and corporate governance requirements, among other things. The ultimate lesson for entrepreneurs is, the ones who succeed in China must be even more resilient and determined than their U.S.-based counterparts.

Have you attempted to raise capital for a business in China? Tell us about your experience in the comments section.