By Michelle V. Rafter January 21, 2012
Opinions expressed by Entrepreneur contributors are their own. 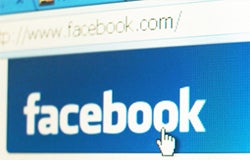 How do you start your workday? Do you hop onto Facebook or Twitter for a few minutes to see what's up?

There's nothing wrong with that -- unless a few minute turns into half an hour, then an hour, and before you know it, half the morning's gone and you haven't accomplished anything.

Join the crowd. If if feels like you and everyone else are on social networks more than ever, it's probably because you are.

Over the last several years, the time people spend tweeting, sending Facebook status updates or tinkering with their LinkedIn profiles has tripled. Social networking now accounts for 19 percent of time spent online, or about one out of every five minutes, according to a comScore report released in December 2011.

Some people have no problem swearing off social networks during the workday. Others have no choice because their companies block the sites -- though that's changing as more businesses integrate social media into sales, recruiting, customer service and other operations.

Related: Do You Need an Interactive Resume?

If you have unlimited access to social networks and find yourself unable to log off on your own, there's help in the form of software that can make your social media use more efficient.

1. Collect updates in one place.
Social media managers let you see and send updates on multiple online networks from one interface. One of the most popular is HootSuite, which integrates updates from Facebook, Twitter, LinkedIn, Foursquare and a few lesser-known networks. Another popular alternative is TweetDeck, which lets you check on Twitter and Facebook. Some programs allow you to manage multiple Twitter or Facebook accounts, a plus if you maintain separate accounts on those networks for work and personal use.

Many of these programs are free (some also offer paid versions with more features) and come as web-based or mobile applications or software you download and save on a computer. The downside of these tools is learning yet another user interface. If you're just getting the hang of Facebook or Twitter, programs such as HootSuite and TweetDeck might not be simple to navigate. This blog post from online marketing agency Simply Zesty describes other social media management tools such as Seesmic and Ping.fm.

2. Put sites in time out.
If you're really lacking in willpower, install a program that blocks access to the internet or to pre-selected sites for you. Some of these programs are extensions or add-ons that work with specific web browsers. Chrome users, for example, can download and install the StayFocusd extension to restrict access to specific paths, subdomains or pages on a site, or content that lives inside a page such as videos or games (good for knocking out that Angry Birds addiction). When the time you've allotted yourself to spend at any of those locations is up, they're gone for the rest of the day. The app also can be configured to block certain hours of the day or days of the week -- so you can work Monday through Friday and goof around on weekends. Read more on StayFocusd in this post from Lifehacker.

Fans of the Firefox web browser can use a similar program called Leechblock; Lifehacker also has a good tutorial on setting up and using the program.

Related: Facebook Addict? No, You're Actually a Social Media Maven

Other site blockers work in conjunction with a computer's operating system. Mac users, for example, can use a $15 program called Antisocial to lock themselves out of popular social networks and other sites for a specified number of hours. If you want to go cold turkey, use Freedom, a $10 app that works with Mac or Windows computers and kicks you off the internet for up to eight hours at a time.

3. Track your time.
What better motivation to be more efficient than knowing exactly how you're spending every minute of your workday. Productivity trackers monitor how much time you're spending on specific tasks, and in some cases, nudge you if you aren't doing what you're supposed to. SlimTimer, for example, is an online time sheet that lets you click on a task to start a clock, click again when you're finished, and run reports to analyze how you're using your time. A program called RescueTime, which you download and install on your computer, runs in the background to track the applications or websites you're using.

Read more about those and other web-based time trackers in this post on Work Awesome, a blog devoted to helping people be more productive on the job.

How do you manage your social media time? If you've come up with a system that works, let us know by leaving a comment.