By Diana Ransom February 9, 2012
Opinions expressed by Entrepreneur contributors are their own.

In the fashion business, nothing is as perennial as change. And few people know that better than Christopher Burch.

The venture capitalist and entrepreneur behind such fashion labels as Tory Burch, which he co-founded with his now ex-wife Tory Burch, is in the process of launching nine other brands. Among them, Electric Love Army with fashion PR maven and reality TV star Kelly Cutrone and a designer label Monika Chiang. He also newly opened women's apparel, accessories and lifestyle retailer C. Wonder, and he is investing in a forthcoming fashion label by his daughters Alexandra (Pookie) and Louisa Burch. 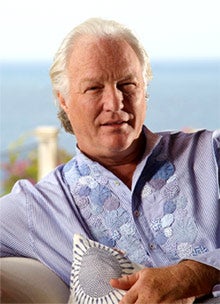 Christopher Burch, the co-founder of Tory Burch, is so bullish on the down economy that he's actually launching nine new brands.

The New York-based Burch, 58, started out in fashion as a student selling sweaters to coeds at Ithaca College, and he has no doubt made his mark in the industry. But his technology investments and non-fashion brands have underwritten many of his big ideas. After selling his first apparel company Eagle's Eye in 1989, Burch was one of the earliest investors in the venture-capital firm Internet Capital Group, which went public the same year. More recently, he has invested in brands like Voss Water, mobile-technology maker Jawbone, and Poppin, an online shop for colorful office supplies, among others.

Despite his many successes, Burch is often the first to admit when he has made a mistake and often the first to come up with a workable resolution. To learn more about how he has grown as an investor and entrepreneur -- and how an aspiring 'trep might get his attention -- we sat down with Burch for an interview. Here are his edited responses:

Big retailers like Sears and the Gap are shuttering hundreds of stores. Why are you launching nine new brands now, even as the economy still appears to be weak?
Everyone is deleveraging from the overall economy. So we think it's the most incredible, opportune time to start new brands. Every single market is actually very vulnerable right now. It could be electronic products where people could want slicker, cooler things at price points they love. It could be in different kinds of technology fabrics that change the way we wear clothing to feel warmer or prettier or more beautiful. Hotels will all be different. Everything will be different. Opportunities abound everywhere.

Related: How a New Design Label Broke into Fashion Week 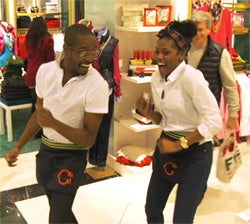 Do you think customers will cave in to pent-up demand?
I actually don't think there's a lot of pent-up demand. I think shoppers are looking for newness and creativity. Look at C. Wonder, for instance. They're dancing in our stores. We don't believe in retail like retail was done in the past. We believe in disrupting the whole environment, offering them amazing value in an amazing package of fun, excitement and whimsy.

You started Eagle's Eye in college with just $2,000 and proceeded to run the business for the next 20 years. What did you learn from that experience?
Build something really great and then pass it on. I would never suggest anyone to stay at a company more than six or seven years. We grow as individuals and the world is moving so fast. Typically, I'll always sell a piece of each of my companies along the way. And I couldn't be happier than if I'm selling too cheap. That's because I always believe there's more opportunity down the road.

Related: Targeting the 'It Girl' Customer

What is your biggest investment mistake?
Cod. Through the company Codfarmers, we started growing cod, eight million of them in the ocean north of the Arctic Circle. But shortly after investing, the economy took a slide and the government allowed more people to fish, so more cod came in. That forced a surge in feed prices, while the price of cod went down. So it cost more to feed them than we could sell the cod fish for. I couldn't control what happened and it backfired. With everything I invest in now -- in a bad economy or a good economy -- it works just as well. It's not dependent upon anything but my own entrepreneurs and what we're doing.

Where is the next big business opportunity?
Every single thing we do is broken. When you look at a drug store, it is broken. Why? The shopping environment is not good. They don't understand how to place products; packaging is not effective and beautiful. I'm using that as an example, but everything in the world can be much, much better. I think entrepreneurs have a great opportunity to think of how to make things more understandable, simple and beautiful.

What industry would you avoid investing in?
There are millions of young guys in school trying to create business plans on the Facebook model. I think these people are missing it. They're all going to the right when maybe they should go into other industries. The internet is a piece of an overall brand but it's actually not the place to be because you have too much competition.

What do you look for in entrepreneurs you work with?
I'm not numbers obsessed. I'm actually market obsessed and people obsessed. I don't care about safe investments. I care about things that change the environment, change the world, change the shopping experience.

How do entrepreneurs find you?
The best way is to send me a letter or a video. Generally I'm wide open to people; I love helping them in any way I possibly can. But for me to invest, a business has to have a lot of creative scale; it has to be unique. I met the guys from Jawbone right out of college and I funded the whole business for them. Kelly Cutrone and I actually met on the street -- believe it or not. Otherwise, lots of people come to me through my entrepreneurs who've been successful.