When It Comes to Successful Networking, Everyone Wants to Get Along 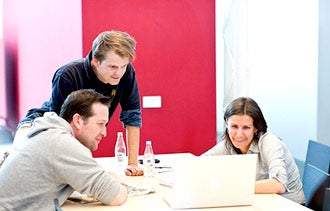 Over the past three years, my colleagues and I conducted an extensive global survey about networking and gender for our new book, Business Networking and Sex: Not What You Think.

To our surprise, men and women mostly agreed, often quite closely, on the questions about the practice, value and experience of networking. Then came a little surprise.

The final survey question was open-ended: "Do you have any story about networking between men and women that you would like to submit for possible use in the book? If so, please describe."

Nearly 1,000 participants responded. And what stories! When given the opportunity to say something personal about networking experiences, 545 women and 403 men told strikingly different stories. It was almost as if they lived in two different worlds.

Related: Learning to Network: Organized Study vs. Winging It

Many women wrote of feeling undervalued, intimidated, ignored, overshadowed or patronized. Others told of sexual harassment. Some men also had negative things to say about women they had met and worked with. But most men gave positive responses, as did some women. Some men said they enjoyed working with women, and some women even expressed a preference for working with men.

However, almost all of the respondents—even those who made positive comments—told us how differently they felt men and women approach the art of networking. Most seemed to agree that in networking situations, men were more focused on business and women, more on relationships.

In their comments, men often cited the different networking styles of men and women, but on the whole, they felt women were as effective at networking as men and sometimes even better. Their difficulties with women had mostly to do with not wanting to appear sexist.

Why did the opportunity to comment about the gender differences unleash a number of negative comments? In a phrase, the exception becomes the perception. Most women don’t put up sexy photos on their websites. Most men don’t behave like frat boys. But it’s the few who do who stand out. Such people create the impression that there’s a lot of that sort of thing going on out there.

Although few women report having any difficulties themselves, they believe problems between men and women are very common because they’ve heard about them through the grapevine or on the Internet. The same goes for men. They said they like networking with women and rarely encounter problems, but they hear stories about women who are oversensitive to innocent comments or believe they’re being discriminated against. They also hear about women who dress provocatively and women who won’t network with men.

At the end of the day, both the men and women in the survey are strongly committed to networking. They believe in its value, try to connect regularly and look for ways to improve networking skills. The fact that difficulties sometimes arise doesn’t alter their commitment to networking.

When a problem does develop and gets in the way of successful networking, smart businesspeople look for solutions. Here are some dos and don’ts derived from the survey responses that can help you avoid negative perceptions when you network:

Men can avoid being perceived as sexist if they:

Women can avoid perceptions that could encourage unwelcome advances from men if they: