How Entrepreneurs are Successfully Tapping into the Healthy Spice Trend

Alina Dizik
July 26, 2012 5 min read
Opinions expressed by Entrepreneur contributors are their own.

To try to wow consumers, some entrepreneurs are giving their food products an ethnic twist by sprinkling in ancient spices. They're adding everything from ginger and turmeric to more exotic spices like Shichimi (Japanese seven-flavor chili) to tickle the taste buds.

"Americans love flavorful foods," says Tammy Katz, chief executive at Katz Marketing Solutions, a food and beverage marketing consulting firm in Columbus, Ohio. In addition, "nutritionally conscious consumers are increasingly aware of the health benefits of these spices." Because spices add flavor, there's no need to overload food with sugar or salt. And some spices like ginger and turmeric are thought to benefit digestion and decrease inflammation, respectively, Katz says.

Here are three companies that are growing their businesses by spicing up their product lines: 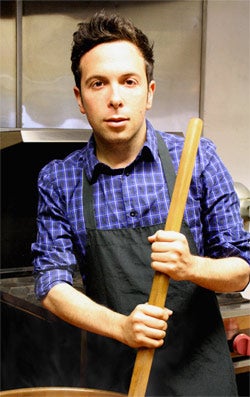 After buying out his parents' interest in Compartes Chocolate in 2008, Jonathan Grahm set out to spice things up and make his own mark. My parents' mentality "was 'lets keep it the same.' There was a lot of friction between us," the 28-year-old says.

Over the past four years, he has made Asian and Latin American spices like habanero (paired with pineapple), ginger (paired with wasabi) and shichimi (paired with apricot) part of the company's chocolate selection. Among the fans of the Los Angeles-based chocolatier's spice-infused offerings are local A-listers like Heidi Klum and Jennifer Garner.

Keeping up with demand without compromising quality has been challenging for this third-generation chocolatier. Because Compartes chocolates are handmade with colorful designs on the outside, it's tough to speed up production. To boost capacity, the company moved to a bigger chocolate factory this year, and by the end of the year, Grahm hopes to expand to 20 employees from the current seven. Earlier this year, he began selling the spicy treats in Tokyo, and he plans to expand across the U.S. in the next few months.

To keep his product line growing, Grahm is constantly researching surprising but tasty combinations. He visits L.A.'s ethnic enclaves, including Persian and Japanese neighborhoods, and looks for new ingredients when he travels abroad. Some regular customers even bring Grahm spices to incorporate in the special edition batches that he produces for a limited time. Temporary offerings with exotic spices like grains of paradise and ghost pepper have been a hit.

Grahm expect sales to over to double over the next year as he expands his offerings and works with new retailers. 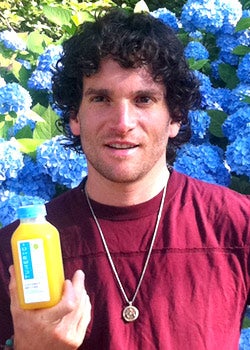 When Daniel Sullivan took a working vacation to farm in Maui in 2008, he didn't expect to come back with a new business idea. But while farming turmeric, an ancient spice typically used in South Asian cooking, he got the idea to concoct herbal drinks back home in New York.

Sullivan started selling his drinks in 2009 to yoga studios and health food stores and has since expanded to dozens of Whole Foods stores. In addition to turmeric, the beverages contain other spices like cayenne pepper, cardamom and ginger. "People are becoming more sensitive to what makes them feel good; herbs are a huge part of that," says the 35-year-old entrepreneur.

The company is selling 14,500 bottles a week, compared to only 4,000 a week a year ago. So, production has been one of the biggest challenges. As a start-up business, TumericAlive finds it difficult to purchase supplies upfront, while waiting to get paid by retailers. "There is so much overhead and you need to purchase in volume on the front end," Sullivan says. "It's a challenge to manage the expenditure." But he says he has been getting by through negotiating prices and sustainable payment terms and learning to balance the product flow.

Sullivan says the most rewarding part of his success is creating a product he and his 20 employees believe in: "We all drink it everyday, it's our fuel."

Related: Chobani Yogurt's Success Starts Where a Giant Left Off 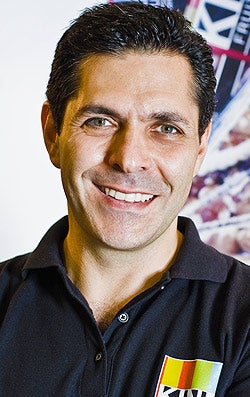 Launched in 2003, Kind's fruit and nut snack bars have long been popular with the Whole Foods crowd. Now, the company hopes to attract new customers with low-sugar bars that include nuts and spices, but not the fruit. New combos include Cashew Ginger and Madagascar Vanilla Almond bars. "Consumers are looking for lower sugar options," says 43-year-old founder Daniel Lubetzky.

But the bars posed challenges for the 120-person company. Employees had to experiment quite a bit to make the spicy bars as crunchy and chewable as the original products, but without adding sugar and calories. "To be able to bind a nut and spices bar with so little sugar and not use anything artificial or anything dodgy is a challenge," Lubetzky says. "There's a lot of technology that goes into simplifying our products."

Related: 13 Tips to Stay Motivated in the Dog Days of Summer