Obama vs. Romney: A Tale of Two Economic Plans

By Diana Ransom September 12, 2012
Opinions expressed by Entrepreneur contributors are their own. 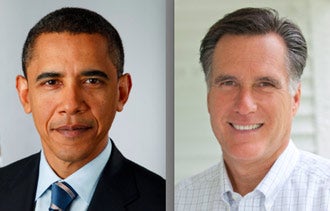 Editor's Note: This is the first of a 10-part series looking at issues critical to entrepreneurs this election season.

It's the economy, stupid -- again.

The key issue in this year's presidential election -- according to the majority of Americans, most polls indicate -- is the still flagging post-recession situation in the U.S. There have been some recent high notes: the housing crisis, for instance, appears to be moderating in some parts of the U.S. But on Main Street, hard times continue to rule the day.

Among consumers, sentiment in July dropped to its lowest level all year, according to the University of Michigan index, which keeps tabs on the data. And in its June survey of U.S. firms, the National Association for Business Economics reports that American companies are scaling back hiring plans, as only 23 percent of firms plan to add staff over the next six months.

What's delaying recovery? Political uncertainty, among other factors, is continuing to dampen the nation's economic vigor. A slew of tax breaks are set to expire, while health-care reform is set to kick in, prompting concern, especially in the business community. In addition, the euro zone is increasingly finding itself on shaky footing. Besides Greek woes, there's talk of Spain needing a major bailout. The ratings agency Moody's recently dimmed its outlook for Germany. Even the economic powerhouse that is China has slowed down in recent months.

No matter who is in the White House, there are things that the President -- and Congress -- can do to reenergize the U.S. economy. Here's how each of the candidates would put America back to work:

President Barack Obama
At this year's Democratic National Convention in Charlotte, N.C., President Obama called for bolstering trade, generating one million manufacturing jobs by 2016 and stemming the growth of college tuition. And, in a nod to the economic plan he announced last year, Obama repeated his goal to shave more than $4 trillion from the deficit over the next decade. He also renewed his call for raising taxes on the wealthy.

In a recent speech at the National Urban League Convention, Obama continued to tout the proposals. "You don't build [strong communities] by giving tax breaks to companies that are shipping jobs overseas," he said. "You build it by giving tax breaks to companies that create jobs in Detroit and in Cleveland and in Chicago and right here in New Orleans, right here in America."

Former Massachusetts Gov. Mitt Romney
As president, Mitt Romney indicated in his 59-point economic plan that he would slash the corporate tax rate to 25 percent from 35 percent. He would eliminate regulations that hampered the free market and trim government spending to 20 percent of the U.S.'s gross domestic product, down from the current 24.3 percent.

Additionally, on day one of his presidency, he would cut non-security discretionary spending by 5 percent and troll for new energy reserves. Romney and his running mate Representative Paul Ryan have both also expressed a commitment to balancing the budget and cutting spending on entitlement programs. Further, the GOP presidential nominee has vowed to repeal two major pieces of legislation passed under President Obama: the health-care and financial-reform laws.

In a recent CNBC interview, Romney said that he would limit certain tax incentives "so that the highest-income people continue to pay the share that they're paying now." He added: "I'm not looking for tax breaks for high-income folks, but I am looking for more money being kept in small business so we can hire more people and pay better wages."

Which candidate has a better plan for fixing the economy? Leave a comment below and let us know.