Leaders from companies including Walmart, AT&T, eBay, Microsoft and GE will speak about what they have accomplished on the cutting edge of crowdsourcing at Crowdopolis, a conference in New York on Wednesday and Thursday. Business owners attending the conference can learn how to implement the newest aspects of crowdsourcing in their own companies.

Crowdfunding, the act of raising money for your company with small donations from a large numbers of individuals, has been gaining attention, thanks to popular platforms like Kickstarter and IndieGoGo.

Related: Co-creation: How to Harness It For Your Business

But businesses can also use crowdsourcing to complete a large number of small tasks with sites like Microtask and Clickworker. And crowdsourcing can be used to innovate bits of a larger project on platforms like Quirky and Incentive. Finally, the talents of the crowd can be harnessed by asking individuals to compete against each other, like on 99designs and Squadhelp. 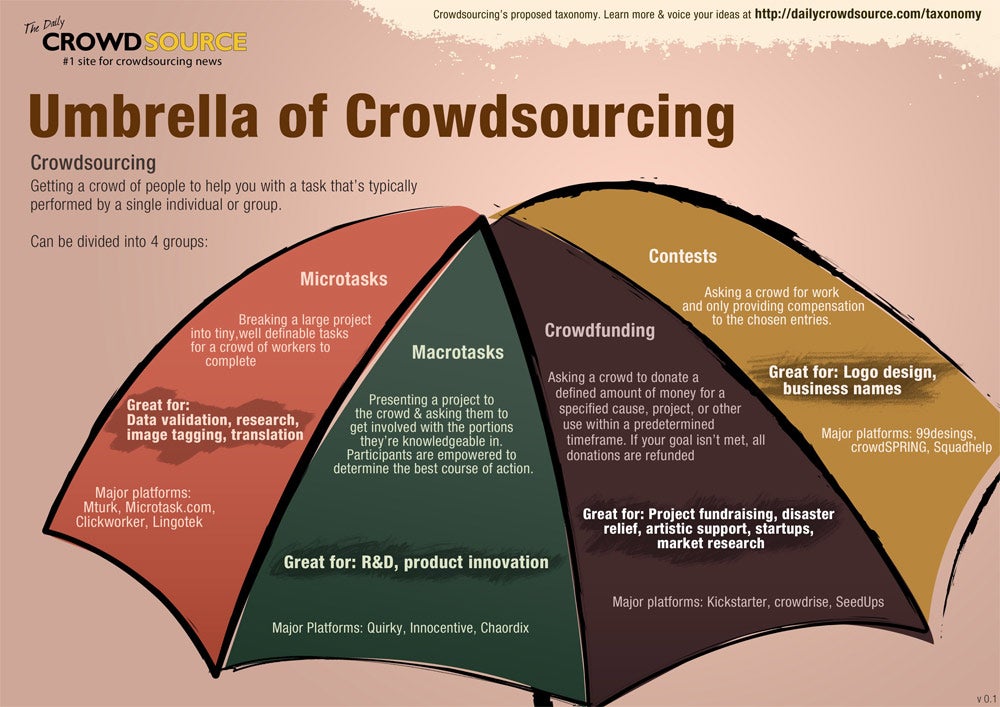 Entrepreneurs have already embraced crowdfunding and crowdsourcing for graphic design into their business, says Bratvold. But many startups don't think to use crowdsourcing to complete large numbers of small tasks or for tweaking new inventions and product designs.

Entrepreneurs think they have more than enough ideas already and so it doesn't occur to them to turn to the crowd for innovation, says Bratvold. What entrepreneurs fail to realize, he says, is that there are benefits in getting your customer base engaged with your product before it even hits the market.

Related: The Next Big Thing in Crowdfunding: In-Person Events

For example, Dallas-based Kimberly-Clark, the parent company for diaper-brand Huggies, has a program inviting moms to tell it what products they would like for their babies. Not only are the moms a source of innovation for Kimberly-Clark, but the program also gives the company insight into what its customers want to buy, Bratvold explains. Crowdsourcing "is going backwards through the adoption lifecycle," says Bratvold. "It is the entrepreneurs who are somewhat last to the game."

How are you already crowdsourcing in your business? Leave a note below and let us know.