Behind a Brand Extension: How a Sweatshirt Raised Over $1 Million on Kickstarter

Brand extensions can be challenging to pull off, particularly for a relatively new company. But one New York startup found blockbuster early success when it branched out from inner-wears to outer-wears.

In March, New York City men's underwear startup Flint and Tinder decided to add a sweatshirt to its menu of offerings. Founder and chief executive Jake Bronstein says he thought a hoodie would be the ideal item of clothing to express the rugged durability that the brand aims to represent. "It keeps you warm. It wraps you up. And the good ones, you wear until they fall apart," he says. "But it's not like jeans where eventually you'll skin the knees. A well-made hoodie doesn't have to fall apart at all." It's made in the U.S. and comes with a lifetime mending guarantee. 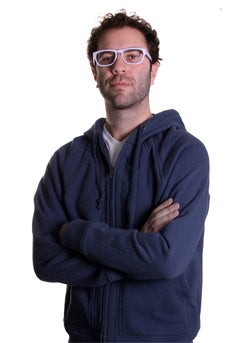 Bronstein touched a nerve with consumers. The unisex sweatshirt, called the 10-Year Hoodie, raised over $1 million on Kickstarter, becoming the most successful fashion item on the crowdfunding platform since it was founded in 2009, according to Kickstarter's list of record-setting fashion campaigns.

The sweatshirt will retail for $90 when it's available for sale. Backers of the Kickstarter campaign will have access to the first sweatshirts starting in August. Once those orders have shipped, the hoodie will be available for sale on Flint and Tinder's website in November.

Including money raised on Kickstarter for the hoodie, the company has earned more than $2 million in gross revenue in just seven months of operation, says Bronstein. Prior to launching Flint and Tinder in October last year, the Philadelphia native co-founded a company that sold a magnetic desk-top toy called Buckyballs, which he left to start Flint and Tinder. A year after Bronstein left Buckyballs, the company closed for reasons unrelated to his departure.

Knowing when to add another item to your existing product line can be like trying to nail Jell-O to a wall. Here is what Bronstein learned from extending his brand, which may help guide you through the process. 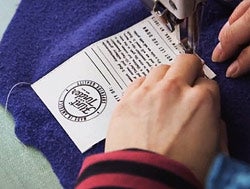 Flint and Tinder's products are manufactured in the U.S.

1. Build a following first.
When the made-in-America men's underwear brand launched online last October, Bronstein was hoping underwear sales would reach $75,000. Instead, sales soared quickly to more than $200,000. Bronstein says that even he was surprised by the demand and enthusiasm from customers right out of the gate. But having a loyal fan base for their brand helped Flint and Tinder garner support for a new product. "You need to get good at one thing before you can expand," says Bronstein.

2. Make sure the product matches your message.
"While we are an underwear company, we are really a brand," says Bronstein, whose company showcases the value of products that are made in America. For Bronstein, his brand stands for durability, and the company markets its underwear as made to last "through a lifetime of washing." To reinforce that message with outerwear, he included a lifetime guarantee to mend the sweatshirts.

3. Listen to your customers.
One way to know it's an appropriate time to expand your product line is to solicit feedback from the people who are already spending money on your products. Bronstein says, "We get so many emails from people saying: 'You should make this.' 'You should do that.' 'Oh my god, when you do this, I am going to buy a million.' "

4. Expand strategically.
"You need to be serious and realistic about what you are trying to accomplish and make sure you are not distracting yourself," says Bronstein. Enthusiastic entrepreneurs can easily get excited about new ideas. For example, just because you sell air conditioners, which cool a person down in summer, doesn't mean it makes sense to start selling swimming pools, he says. "It takes a little bit of soul searching to know what you are trying to do and why."

Have you added a product to your lineup that was particularly well received by your customer base? If so, how did you know it was the right time? Leave a note below and let us know.