By Wensdy Von Buskirk July 12, 2013
Opinions expressed by Entrepreneur contributors are their own.

In this series, we'll learn how brick-and-mortar businesses are boosting their digital presence and ask social-media experts for their best suggestions.

Pure Barre, a workout that uses a ballet barre to tone and strengthen muscle, began as a single fitness studio in the basement of a Birmingham, Mich., office building in 2001. It quickly won fans, becoming a franchise in 2009 it has grown to 135 locations in 36 states. Today, about 30 people work at Pure Barre's corporate headquarters in Spartanburg, S.C., and each studio employs up to 10 people. The company strives to be more than a workout brand and its social-media profiles promote lifestyle appeal, posting images of fashion and merchandise and songs used in classes. Expanding the lifestyle element is an important part of its positioning, according to Molly Cashman, director of marketing for Pure Barre Corporate, and the company recently hired New York-based Likeable Media to amplify its reach and online efforts. 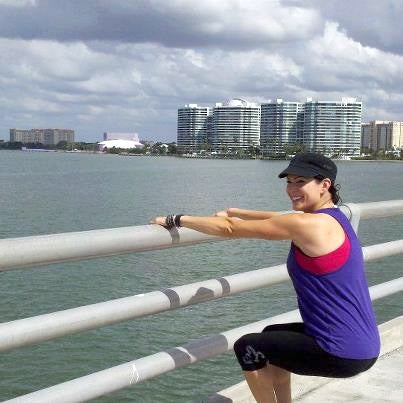 Pure Barre encourages women to share how they incorporate its workout into their daily lives, as in a recent campaign that doubled its Facebook likes.
Image credit: Pure Barre

What's working
Personalized, sharable campaigns. To drive engagement, the company enlisted Likeable to launch a #purebarrelife campaign, a contest which asked clients to share personal stories about integrating Pure Barre into their daily lives through text, photos and videos on Facebook, Twitter, Instagram and Pinterest for a chance to win prizes.The company enlisted the agency’s help because Likeable has the expertise to navigate the challenges involved in running a national social-media contest, such as time demands, possible legal issues, and the unique rules and guidelines of each individual platform. According to Cashman, 2,800 people entered, and in three weeks the company upped its Facebook likes by 50 percent to more than 34,500. Winners were randomly selected and announced on the sites. Social-media expert Emily Hay, founder of Birmingham, Mich.-based Hay There Social Media and TweetTeam, loves the way Pure Barre uses stories from clients, teachers, franchisees and owner Carrie Rezabek Dorr to establish the brand. "If you can relate to one of those women, you can see yourself in Pure Barre," Hay says.

Allowing franchisees to run their own profiles. Pure Barre has a strong corporate presence across social platforms, yet encourages franchisees to operate their own social media independently, through Facebook and Twitter, something experts say many franchises struggle with. According to Cashman, Pure Barre franchisees are required to have a Facebook page, but other social media is optional. Pure Barre generates 3 to 4 posts a day at the corporate level that franchisees can share, and recently launched a map on Facebook that allows fans to find a local studio and sign up for classes with a click. Likeable provided a social-media session at Pure Barre's recent franchisee conference, training owners to use the voice of the brand, create mini-social-media plans, and respond quickly to posts from followers and fans. "We want to give them best practices and guidance but we also want them to be creative and show their own local color," Cashman says. Hay says Pure Barre strikes a good balance between offering support, yet empowering local owners to take control. "It takes trust on both sides," Hay says.

What the experts advise:
Expand videos. Pure Barre has more than 68 high-quality technique videos on Vimeo, which are promoted through Facebook and Twitter on "Technique Tip Tuesdays." But Pure Barre can take video marketing further, the experts say. Lee notes that while the company has a YouTube icon on its home page, the account hasn't been updated in a year, and while Vimeo is a great video site with high standards of quality, YouTube is a better fit for the fitness market with more than 1 billion unique visitors a month compared to Vimeo's 70 million, and a huge selection of fitness videos with millions of views. YouTube is also more searchable through Google. He recommends using both platforms by updating YouTube and adding a Vimeo icon to the home page. Hay recommends branching out with short, looping videos on Vine and Instagram. "It's a natural fit," Hay says.

Get blogging. To truly establish itself as a lifestyle brand, the company needs to reboot a blog that hasn't updated since last September. A blog is the perfect platform to talk about the Pure Barre lifestyle in more depth, Lee says, by covering such topics as fashion, nutrition and even healthy eating. "A blog will definitely help categorize and organize content and it reaches a wider audience as people are constantly searching for information to improve their lifestyle," he says.

Lee suggests moving "Pure Barre Ambassador" and "Fan of the Week" stories out of Facebook and into a blog. Long-form posts are not Facebook friendly, he says, although Facebook and Twitter could be used to feed traffic to the blog. When the company promotes ambassadors and fans, they should tag everyone they profile to increase shares and likes. Cashman says plans for a revamped blog are included in the company's website upcoming relaunch.