By Jacob Hall March 8, 2014
Opinions expressed by Entrepreneur contributors are their own.

With films like El Mariachi, Desperado, Spy Kids and Sin City, Austin-based filmmaker Robert Rodriguez has carved out a career on Hollywood's fringe. He is a key member of the digital filmmaking revolution and the original indie film bootstrapper, having funded his debut movie with cash he earned from being a medical test dummy. Now, he's turning his attention to the world of television with his own network, El Rey, bringing his tastes to a mass audience and filling in a few gaps for the Hispanic population in the process.

It's one of a handful of new networks launching this spring headlined by bold face names, a happy byproduct of Comcast/Universal merger and a requirement from the FCC that ten networks be given to independent owners and operators, four with a minority focus. Others getting into the network game include Magic Johnson and Sean Combs.

The El Rey network launches officially March 11, with a sneak peek at the network's first scripted series in a SXSW screening March 8. We chatted with Rodriguez about what it's like to create a new network, and why it matters both to audiences and to him as a director and father.

Entrepreneur: For those who are unfamiliar with the El Rey network, what's the elevator pitch?
Rodriguez: El Rey is a Hispanic, English language general entertainment network with original shows like From Dusk Till Dawn and more visceral, kick-ass sort of stuff that we're real fans of, like Grindhouse films and cult cinema that wouldn't be on television otherwise. We see it as a chance to build a network that would be undoable by anyone else, that has a unique brand identity, that can be a real filmmaker destination. You don't get Quentin Tarantino characters on television every day. It would never happen.

Entrepreneur: Any new venture tries to solve a problem. What problem does El Rey solve? 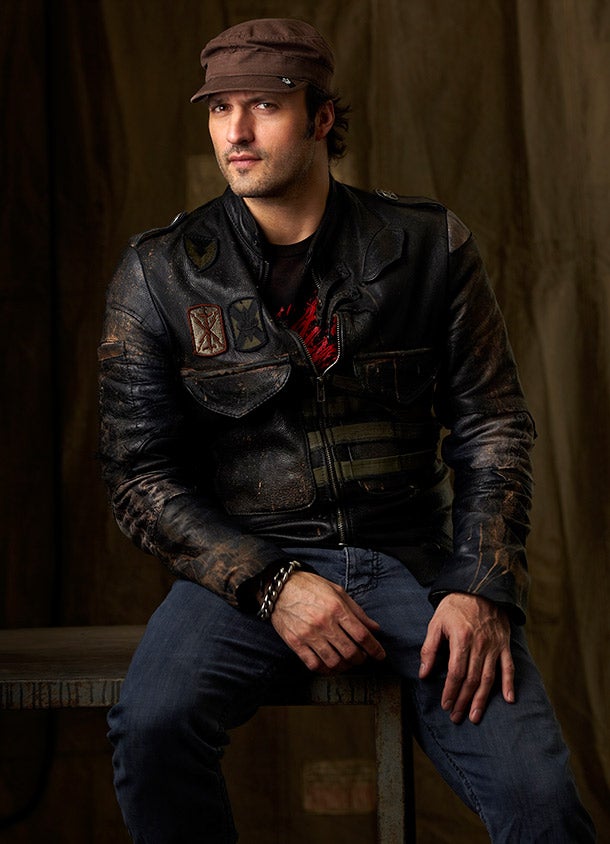 Robert Rodriguez
Image credit: El Rey
Rodriguez: I have five kids who are bilingual, but they mostly live and speak in English and there is very little on television that represents who they are in this country. When I looked at the landscape, there were about 100 English language networks in the US, ten of which were African American. But the biggest minority is Hispanic and networks aren't really filling that need. That was a big gap that needed to be filled. Advertisers are desperately trying to get to that audience and they don't know where to find them. Univision invested in us and brought us distribution that included Direct TV and Time Warner Cable. By the end of the year, we'll be in 40 million homes which is kind of unheard of for a start-up network.

Entrepreneur: From Dusk Till Dawn was a cult hit. How will you make that into a draw for a general entertainment network?
Rodriguez: Once you have that distribution channel directly into people's homes, you can make anything. Give it to the people and let them decide. Other television networks have to go the other route, where a producer has to make a show or a pilot and it goes up the chain of executives and they all decide whether or not it's going to be successful or even given a chance and picked up. The way we do it, we can let the audience decide if it works or not and we can support it as much as we want. The way we do it, I'll give the filmmaker a chance. If [the audiences] don't find it, we keep it on until they do find it.

Entrepreneur: What worries you?
Rodriguez: We're going to be in 40 million homes but I guarantee you that 30 million homes won't even be aware that they have us. The biggest challenge when you launch is to let the people know you exist. It's all about getting people to discover El Rey. By the time you finish making noise about the network, the challenge is how you keep them engaged. How do you stay true to your brand and make sure that your brand is valuable?

Entrepreneur: How will you do that?
Rodriguez: I've always had my studio outside of LA and when you live outside of the box, you end up thinking outside of the box. We were one of the first to start shooting digital 13 years ago. We were one of the first to start shooting digital 3D back when there was only one digital 3D theater in the country. Green screen movies shot digitally, like Sin City, were something very new until after we did it. It's not that nobody had the idea, it's that nobody wants to be first. It's a very imitative business, not a very innovative business. We can bring a lot of quality for a very low cost and make [El Rey] compete with the HBOs of the world, which have a lot more money to spend.

Entrepreneur: How would you define success for El Rey?
Rodriguez: Just a cool network with cool shit on all the time. There's a lot of diversity on screen and behind the camera, bringing diverse voices to a very diverse country. We want that reflected in the network because it wasn't being reflected as I saw it. A lot of my movies -- Desperado, Spy Kids, Machete -- you don't really think of those as being Hispanic films but they are. Only the people who are Hispanic really point that out. To everyone else, they're just cool movies. I want that to be the network. It's for everybody.

This interview was edited and condensed.