Night lights are one of those utilitarian housewares that no one really thinks about. Except for Jeremy Smith from Provo, Utah. He obsessed over it. For years. And now, his re-invented night light alternative has raised almost a quarter million dollars on Kickstarter.

Let me repeat. A quarter million dollars. For a night light!

The SnapRays Guidelight, made by Smith's company Snap Power, solicited over $248,500 in pledges from more than 4,800 backers on Kickstarter as of midday on Monday. The campaign still has 23 days to go, so that tally is sure to grow. But even if the Guidelight doesn’t bring in another dollar, it has already raised more than 20 times the $12,000 it set out to raise on the crowdfunding platform.

Related: These Entrepreneurs Raised Almost $40,000 for Their 'No-Sock' Socks 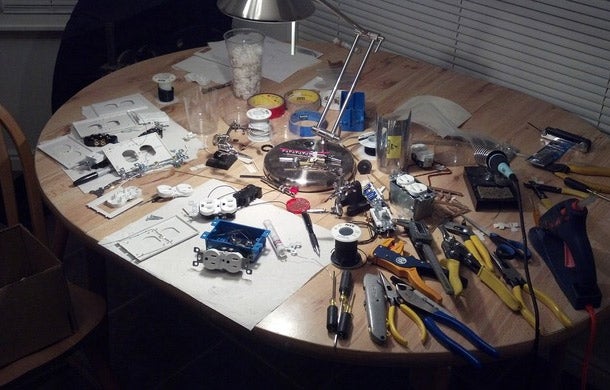 The Guidelight is an electrical outlet cover with an LED (light emitting diode) bulb built into the base of the outlet cover. The Guidelight automatically turns on and off in opposition to the light in the room and the LED bulb is expected to last more than 25 years. The night-light alternative has “power extractor” arms that directly connect to the power source inside the outlet.

In addition to being reliable, durable, ecofriendly and child-friendly, the SnapRays Guidelight throws an attractive light from three LED bulbs, adding a certain level of ambiance to a room. Smith, a professional electrician, spent years working with his team, tinkering with electrical engineering equipment on his kitchen table before Snap Power developed the prototype for Guidelight.

Related: This Site Allows Celebrities to Crowdfund for Causes in Real Time

“For the past few years, my partners and I have been pouring our lives into this project with one goal in mind: To create an alternative to the bulky night lights and expensive guide lights that are installed in homes today,” says Sean Watkins, a co-founder of Snap Power, in the Guidelight Kickstarter video (embedded below).

Thanks to an enthusiastic Kickstarter crowd, Snap Power's future is looking bright.

Related: You Can Now Embed Your Indiegogo Campaign on Your Website
More from Entrepreneur