Laura Entis
March 11, 2014 2 min read
Opinions expressed by Entrepreneur contributors are their own.

Seasonal affective disorder is real, guys. December makes us "feel sad." At least, we're more likely to tweet that phrase in December than in any other month.

Twitter analyzed English tweets from 2013 to find when users tweeted specific words and phrases, including "feel happy," "feel sad," "hungover," and "late to work."  Broken down by month and day of the week, the data visualizations are a window into our collective state, via tweets.

While some of the results were intuitive -- we tweet about "being late for work" most often during summer weekdays, for instance -- the data creates a fun guessing game. Why, for example, were so many of us tweeting about being hung-over on Mondays in March? (The fact that St. Patrick's Day fell on a Sunday last year may have something to do with it.) A number of holidays appear to have similarly impacted the data – according to Twitter, we were all pretty hungover on Wednesdays in January, and Fridays in November. (New Year's Eve fell on a Tuesday and Thanksgiving, of course, was on a Thursday.)

The number of tweets containing the phrase "feel sad" was through the roof for Sundays in July – perhaps because many of us were particularly bummed to return to work after the July 4th long weekend.

And, a mystery to me still: Why were we all so happy on Tuesdays in September? (It can’t be because Grand Theft Auto was released on a Tuesday in September, can it?)

Check out Twitter's data below: 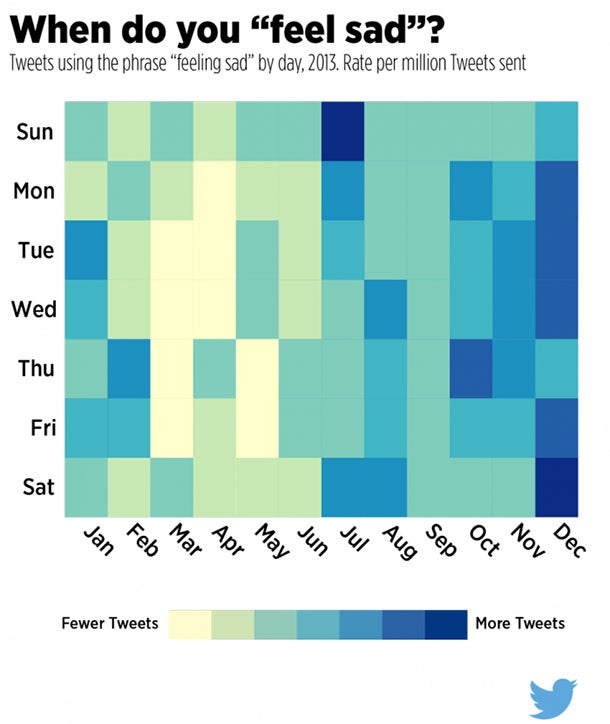 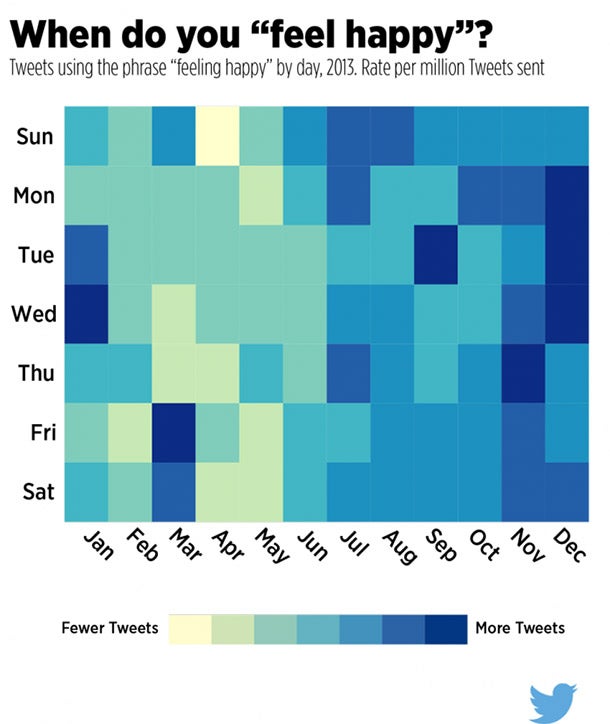 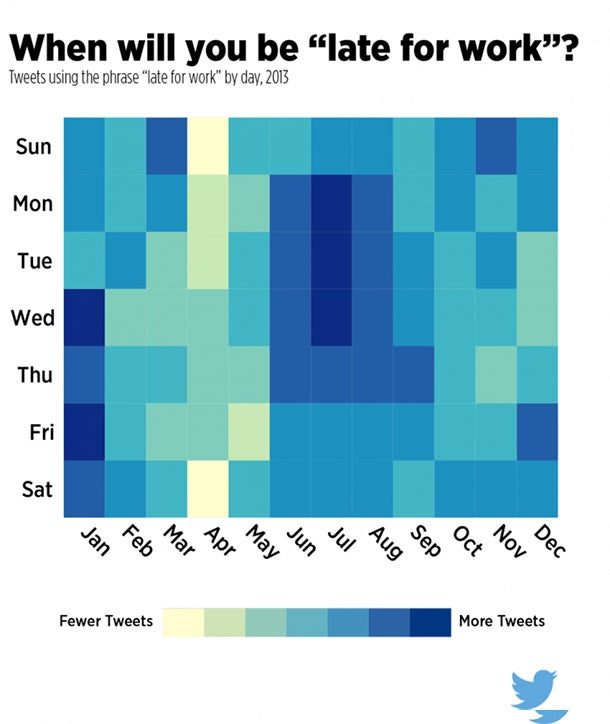 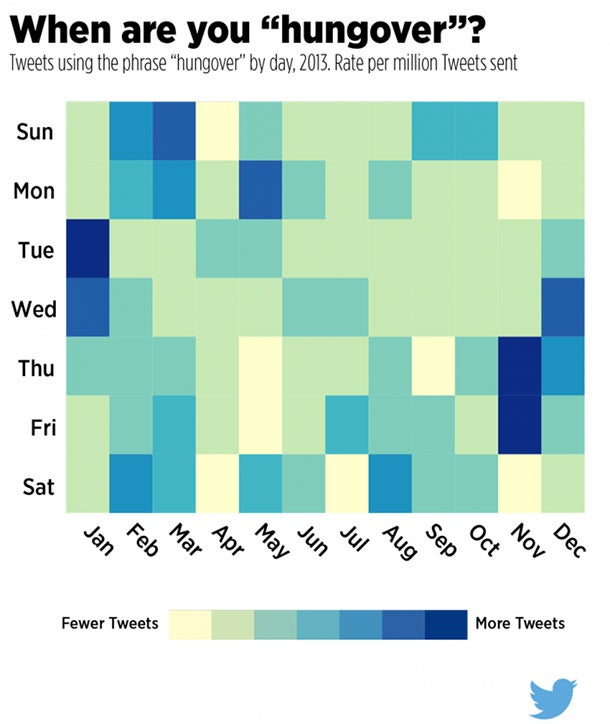