If leveraged buyout kings ruled the 1980s, then perhaps we’ve entered the era of turnaround queens.

From Mary Barra, who led product development for GM while it struggled to emerge from government ownership, to Marissa Mayer, whose strategies have helped Yahoo's stock price more than double since she took charge, women are showing companies their turnaround muscle.

But years before all this, Joy Chen mastered the art of the turnaround – not at a Big Three automaker or at a tech giant – but at a startup.

In December 2009, two private equity firms picked Chen as CEO of Yes to, Inc., a natural hair and skin products company founded by Ido Leffler and Lance Kalish in 2006. She resigned from her post as a vice president and general manager at Clorox, where she managed a $1 billion division of packaged home-care products.

Since saying yes to Yes to, Chen has transformed the San Francisco-based business from an unprofitable brand into a fast-growing beauty industry leader sold in many major retailers across the country. The Harvard MBA is ready to reveal turnaround lessons in market cannibalization and managing whitespace.

Then there are things that B-school can't teach you, such as the importance of positive thinking when rebuilding a brand: 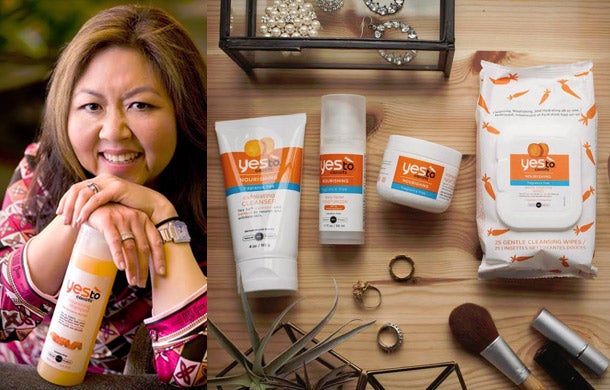 Joy Chen, CEO of Yes to
Image credit: Yes to, Inc.
Q: Let’s start with results. How much has Yes to grown since you became CEO?
A: The business is valued roughly at $50 million in revenue, which is four times the growth since I joined the company.

Q: Before you took the CEO seat, how was the company’s model failing?
A: I walked into the business when it was in the worst state. It wasn’t profitable.

Initially, the Yes to company had three sub-brands -- Yes to Carrots, Yes to Tomatoes and Yes to Cucumbers -- and all three were cannibalizing each other. It confused people, as the product packaging didn’t communicate each line’s health benefits. So consumers thought it was just about differences in scents or flavors. As a result, each sub-brand chipped at each other’s market share. But I saw this as a clear opportunity for a turnaround. 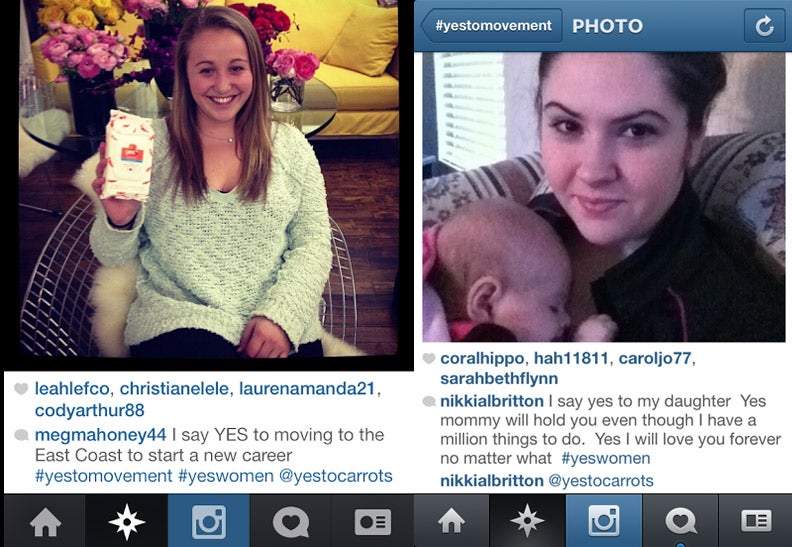 Yes to has launched the #YestoMovement to elevate its brand
Image credit: Yes to, Inc.

Q: How did you reverse this performance?
A: My first month was heavily about repositioning our products – which include care products for face, body, hair and lips – to meet the needs of the consumer. We positioned these sub-brands as sub-families, each with a unique solution or benefit. Consumers can now view the sub-families as ingredients for a natural recipe, where each product solves a problem. Tomatoes are for acne solution while cucumbers are for sensitive skin. Then we added sub-families for further synergy. Anti-aging blueberry shampoo may be necessary for your hair while your face may need the grapefruit line for even skin toning. As we expanded the family, we grew the brand, so the products are complementing each other instead of competing with each other for market share. That was a huge win.

Next, we took this repositioning to the logo graphics. All the artwork had to change and communicate each fruit and vegetable’s benefit. We also had to make it look more fun, bright and inviting.

Then we re-launched it to retailers who were thrilled at the rebranding.

Yes to was always in Walgreens and Target, which carried one shelf of our goods. Today, the average Target has four shelves of our products. Since I took over, we closed a deal with Walmart. We’ve entered Krogers, Ahold, and CVS. A key win was Whole Foods, because it gave our brand the credibility it needed in the organics space. 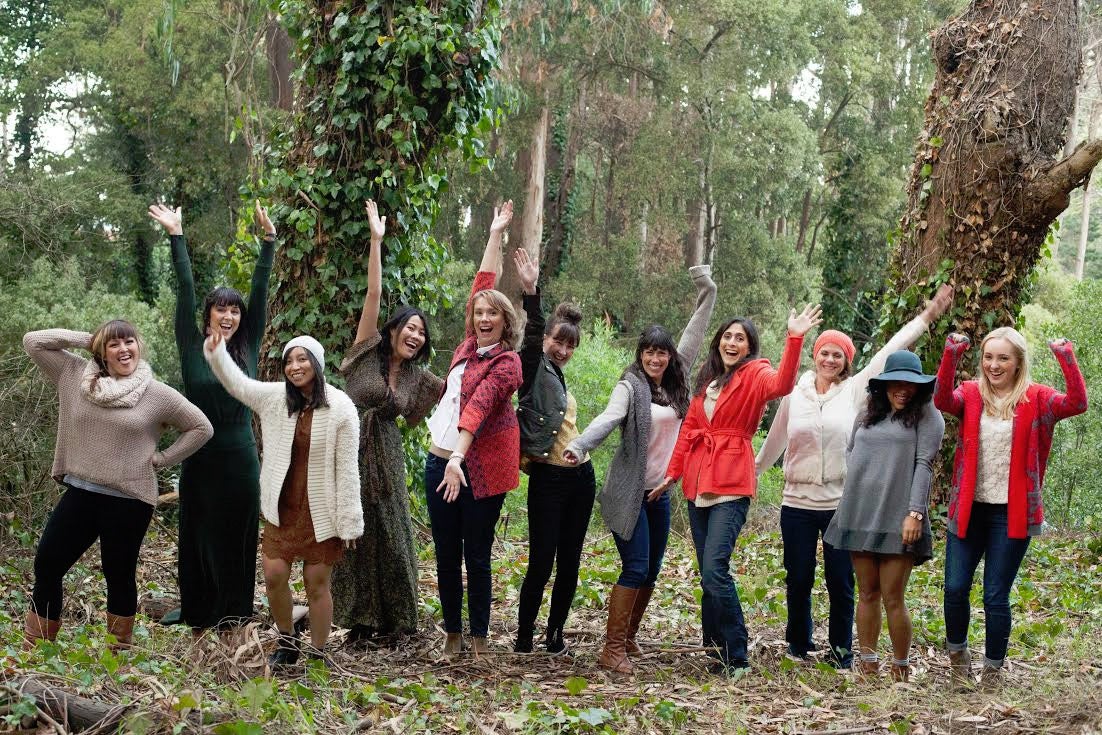 Q: What are other signs of success?
A: As a beauty brand, press matters. Since we’ve re-launched, we’ve received over 40 beauty awards, including the most coveted Allure Magazine Award three years in a row, and that’s huge for a smaller brand. We view it as a confirmation among experts that we have the right model.

My team has more than doubled from 11 to 30 full-time workers. It was once 85 percent men and we’ve since diversified immensely.

Q: Where is Yes to expanding? How will you sustain growth?
A: Well we can always continue with more product development and launch new sub-families. But how do we grow a little differently than in the past? We have a lot of whitespace but it would be important to grow within retailers and pursue growth opportunities that fall outside our company’s day-to-day plans and operations. So we launched the Yes to Movement. Besides routine marketing and PR, we have big digital and social plans to build our brand. This social campaign gives fans the opportunity to express how having a “yes” mentality has helped change their life personally or professionally. It involves product giveaways but its main mission is to spread the power of positivity. So far, more than 65,000 have joined the movement.

We launched it in the end of January as a year-long strategic platform. The February theme was Say #YesToGreatLove and our followers posted pictures of their children, spouses, pets and hobbies.

March is Say #YestoWomen in honor of Women’s History Month. Followers can post what they’re scared to say yes to, and we’ll help selected winners pursue their dreams, be it free singing lessons or mentorship on a business plan.

Q: What led you to say “yes” to the shift from cushy corporate to the risky startup world?
A: At Clorox, there were a lot of businesses that were more mature in their portfolio. But I really just wanted to own it all and be a CEO at a high-growth company. When the Yes to opportunity came, I didn’t do everything possible to be CEO but I took the risk and thought, “I know enough.” That was my “yes” moment.

The first change hit me in the face. At a big company, you can’t get anything done unless you’re at a meeting. My schedule would be packed for four weeks in advance. When I got to Yes to, I asked, “Can we set up a meeting to resolve this problem?” My colleague replied “Why don’t we walk over to that person’s desk?” I love that I can resolve problems immediately, but I had to adjust to the culture.

Q: Could you reveal your top “Yes” moments that led you to the CEO seat at a leading beauty brand?
A: Saying yes to cat litter. In other words, say yes to a challenge, even if it doesn’t immediately seem like an ideal move. My first marketing job was for cat litter at Clorox. I come from an Asian family where your parents emphasize pride in what you do. They could not bear to tell their friends I market cat litter when their friends’ children work for big banks and brands like Pepsi and IBM. Now I believe I could market anything if I can market cat litter. The experience made me a great marketer by being empathetic with the consumer.

Saying yes to leaving your comfort zone. It’s when you grow most. My chief marketing officer at Clorox said that I needed to do a multi-year sales assignment as a rotation. That was not in my career plan. I recall when a Walmart buyer threw the document at me because I told him about a price increase on a product. It was still an invaluable experience because it took me to an area that I knew very little about. There I learned that NASCAR racing is one of the biggest platforms to reach a broad consumer base while gaining in-store support from our retailers. And now, I love the sport and my husband and I are avid fans.

Saying yes to CEO. When I took the CEO role at Yes to, I confidently believed that I could turn the business around. I had no doubt that with hard work and the right team, this can be done.  More women need to believe in themselves like our male counterparts do.