But one woman just kicked it up a notch with power pedicures. 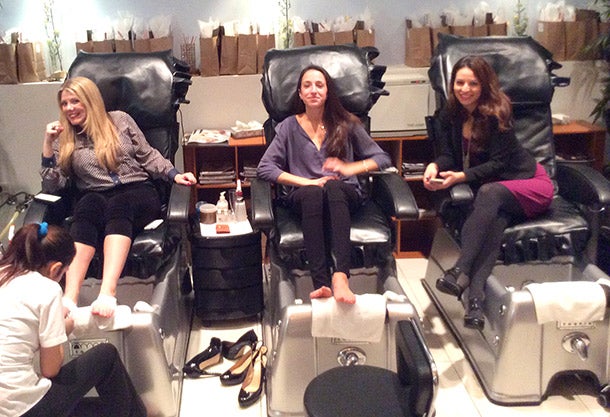 Shelling and team sit for a pedi-meeting at Serenity Spa in NYC.

"We're all time-poor and a business lunch can drag," says Shelling. "Women are always in need of a visit to the nail salon, now pedicures don't have to eat into their weekend."

When she was a marketing executive in Australia, she and her team held creative brainstorming sessions at salons with outdoor pedicure stations. They'd enjoy the year-round equatorial climate while the fresh Sydney air boosted productivity. "Just getting out of the office would help us come up with new marketing strategies," Shelling says.

So when she launched Rue Sinclair Media in New York City, she imported her power pedicure idea to gain new clients in a new country.

She scoped out nail salons in New York City with environments conducive to business meetings. Some salons arrange their pedicure chairs in a semi-circle, making it is easier to display her laptop screen during presentations. While pitching ideas, her potential clients relax in cushioned massage seats while their high-heel-trodden feet sink into basins of jet-bubbles. 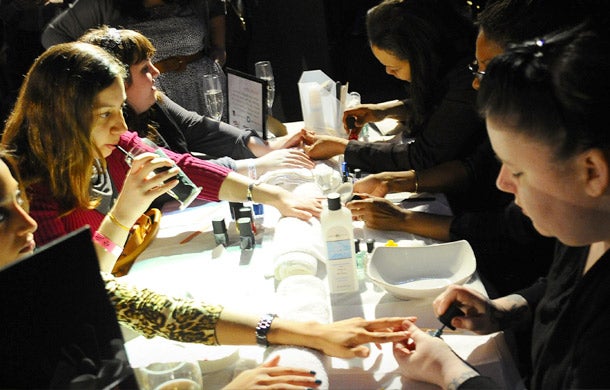 It would become her signature way to build rapport, and help her close multi-million dollar deals with brands like Audi, Chanel, American Express and IBM.

Last December, Shelling launched Pedicure.com, a website dedicated to manicure and pedicure styles, celebrity nail trends, and overall nail health. She is currently raising funds through private placement to transform it into an OpenTable.com for booking nail salon appointments.

While she has yet to take male business partners to a power pedicure, she recalled a board meeting for a company she was consulting, and scheduled an on-location pedicure in the assembly room during that same hour. "I just had no time," says Shelling, "my colleagues were perplexed at first, but then they said "okay, we get it, it's multi-tasking at its best."