How to Partner With Merchants for Your Daily Deals Site

Schedule a FREE one-on-one session with one of our Franchise Advisors today and we’ll help you start building your franchise organization.
Entrepreneur Press and Rich Mintzer
home
June 26, 2014 6 min read
Opinions expressed by Entrepreneur contributors are their own.

In Start Your Own Online Coupon or Daily Deal Business, the staff at Entrepreneur Press and writer Rich Mintzer explain how to start a business in the competitive online and daily deal industries. In this edited excerpt, the authors discuss how to locate and attract merchants so you can populate your site with deals your customers will love.

Daily deal sites need deals and coupon sites need coupons. While there are several ways in which you can procure coupons, daily deals will come primarily through building relationships with merchants or having sales reps do that for you.

With a little salesmanship, you can get those first merchants on board. Merchants need to know that you understand their needs and their parameters, such as how many customers they could possibly serve. For example, a 100-seat restaurant can't manage 500 people redeeming a voucher in one night. You want a deal that works so that your merchants return as well as your customers.

The task of finding merchants comes down to first knowing what you're looking for. What's your demographic area, and what type of merchants fit the bill? You'll want to find and connect with merchants who target the same buyers as your site. For instance, if your site's geared toward the foodies, go after restaurants, gourmet shops and specialty food stores. Are you selling sports-related deals? Look for sporting goods shops, stores selling outdoor apparel or camping equipment, campgrounds, skating rinks or venues that hold sporting events. Are you all about parenting? How about clothing or toy stores for kids, indoor play spaces, family friendly eateries, children's museums or bookstores that have a wide selection of children's books? Narrow your field to your target audience, and prepare to tell them what's special about your site. Keep in mind that the larger players can't provide the personal attention that you can. As the industry grows, the smaller deal sites that offer greater attention to merchants will become important players.

Looking for merchants means having your website and/or app ready to roll, having some level of a subscriber base, and knowing what kind of deals you're offering. Groupon deals must be at least a 50-percent discount and are then a 50-50 split between them and the merchants on each sale. However, merchants who've run Groupon deals before have reported that their sales reps are open to working favorable splits that benefit both parties. You have to know ahead of time what type of deal will and will not work for your business.

You'll also need to determine the time frame. Some sites offer one-day deals only. Others have deals that are featured for one day but are then moved back on the website for a few more days.

What's the tipping point at which the deal kicks in? The "tipping point" is the minimum number of buyers at which the deal will go into effect. This is to protect the business against loss. For example, if the value is on a three-hour cruise and there's a cost to running it, the merchant might need a certain number of passengers to make it worthwhile. If they're running a deal on your site and they don't reach their minimum, the deal gets canceled and customers don't lose their money nor does the cruise lose money by sailing with only three people. However, many daily deal sites, and their merchants, no longer bother with a tipping point. If you use one, make it something low such as 10 percent of the available units. You need to address this with the merchants.

Most significantly, you'll need a contract that merchants will sign explaining what both of you are offering. You're serving as the go-between for merchants to promote a deal for X number of days through your website and emails (and a newsletter if you have one). You'll send it out to X number of people in a specific geographic region. You need to set a minimum discount they must provide (Groupon's is 50 percent), then you need to set your commission, which in many cases starts at 50 percent.

You also need to detail how they'll get paid. Will you send all the money three weeks after the deal ends? Will you send it in two or three payments? How long will people have to wait to receive their money? Hint: They don't like to wait very long, so try to create a short turnaround time.

Once you have everything in place, you can start seeking merchants. Looking for merchants means going to business directories, depending on your geographic and demographic needs. It can mean contacting the local chamber of commerce, major retail or restaurant chains, or specific businesses with your offers. Localeze is a great resource for finding businesses in your area. Superpages is a national Yellow Pages directory that can also help you make lists of prospective merchants. It's not hard to make up a business list in your area or region. Businesses are all around you, so start zeroing in on the ones you want to approach. Be careful to be neither too narrow in your focus, nor too broad. You want a lot of merchants but you also want those that fit your niche.

There are also industry lists available depending on your niche. You can buy such a list or strike up a partnership with a company that has lists of merchants. If you Google "mailing list," you will find numerous companies that sell them. However, if you can find someone who has used a mailing list, find out where they purchased it and if it was up-to-date and worthwhile. 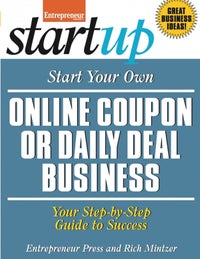 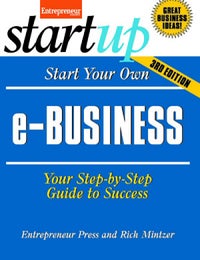