How Food Makers Are Convincing America to Eat Bugs

If you ask a randomly selected group of Americans their thoughts on eating bugs, you're guaranteed to elicit some negative reactions, including a few gagging noises.

"Thinking about it makes my skin crawl."

However, the tide could soon be turning.

With organizations such as Eat Yummy Bugs, World Enthomaphagy and the United Nations educating people about the environmental and health benefits of eating insects, bugs are spreading their wings in the food world – or at least carving themselves a small niche beyond that of kitchen nuisance.

"I would say that within the next six to 12 months… it will become hard to find somebody who is somewhat knowledgeable and informed about the food industry or nutrition and health who hasn't heard of and tried products made with insect protein," says Greg Sewitz, co-CEO of Exo.

As food makers seek to make insects the new "it" food, their biggest hurdle won't be publicity or production; it will be convincing consumers that eating bugs is something they want to do.  And while unraveling age-old perceptions about bugs is no easy feat, the process has already begun.

Related: This Man's 3-Year Plan: To Meet Up With Each of His 1,000-Plus Facebook Friends 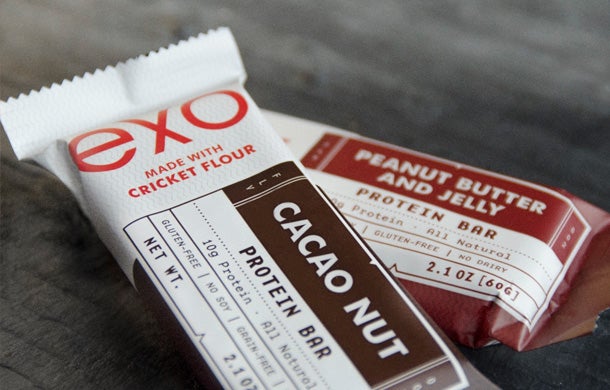 Step one to getting people to eat bugs: find people who care a lot about the nutritional value of what they are eating.

Health nuts are the perfect customers – they are generally willing to spend more money for "good" food, devoted to sticking to their diets and quick to spread the word when they find a product or system that works. Fortunately, bug-based foods fit many of the qualities on a hardcore health advocate's checklist.

Insects are high in protein, fitting with the recent protein trend that has made Greek yogurt a grocery store staple and inspired Taco Bell and Panera to revamp their menus. Dried crickets, currently the most fertile ground for edible-bug companies, contain nearly twice the percentage of protein as chicken, according to Exo.

Focusing on health and sustainability is a great way to get people to buy food they wouldn't normally crave, says Georgetown University's McDonough School of Business professor Marlene Morris Towns. "Positioning anything as high protein is helpful depending on what health craze we're in," she says.

Even better, hardcore health and nutrition groups aren't going to be scared off by eating bugs like the average American might be. "They're willing to eat things that really don't taste good… if there are vitamins and minerals they can't get in other foods," says Towns. "I know people who eat dirt [for alleged health reasons]."

Cricket powder protein bars have found a particular market with people on the Paleo diet, which emphasizes eating foods human's Paleolithic ancestors ate – a.k.a., no gluten and for strict dieters, no soy or dairy. Food makers Exo, Chapul and Chirp all note on their packaging that they are gluten-free, with Chapul and Exo additionally specifying that they contain no soy or dairy. Protein is also key for weightlifters and Crossfit devotees looking for a new source of protein that has the potential to be healthier, more sustainable and someday cheaper than existing options.

Individuals with certain diets or workout regimes tend to form communities both in person and online that can quickly spread awareness of new products. Exo hugely benefited from this grassroots support: last year, the company raised $54,911 on Kickstarter. 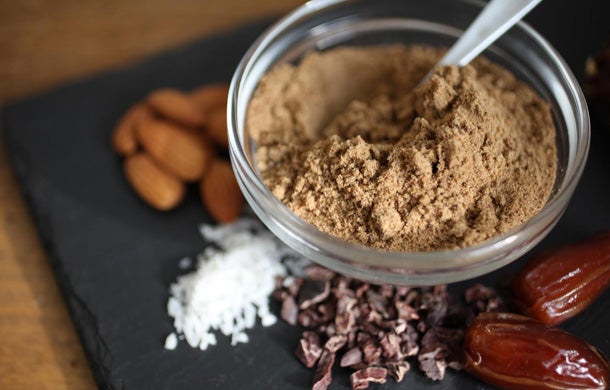 For the much of the world, eating bugs isn't weird -- it's the norm. The U.N. estimates that insects form part of the traditional diets of at least 2 billion people. From Thailand to Central America, insects are not only part of everyday diets, but also local delicacies. With increasing American interest in other cultures, from fashion to food, bugs could be the next novelty treat for the globally minded foodie.

There's a long list of foods once seen as inedible that have now entered everyday American diets. The most famous of these is sushi, a food that Exo has adopted as a quasi-blueprint for successfully introducing a foreign food to the American diet.

Before sushi became a fixture in college cafeteria's and bodega coolers in the early 2000s, enjoying the dish signaled sophistication and worldliness. Available only in cosmopolitan centers, the product didn't try to have a broad reach, but instead targeted hip and internationally minded customers. Insects intend to do the same.

"We kind of decided at the beginning because this was fairly controversial and people did have a definite aversion to the idea at first, that we really should go after the people who were going to adopt the food and then trickle down from there," says Sewitz.

"[There is] an increased appetite for adventurous foods, whether it's organ meat or sushi or kombucha," says Exo co-founder Gabi Lewis.

The rise in adventurous eating is closely tied to the increased ease in accessing other cultures, says Towns. Global travel is easier and cheaper than ever before. Study abroad rates for undergraduates are at all-time highs. Even shopping in any grocery store, the "ethnic food" aisle showcases foods that have gone from foreign to mainstream. Without leaving the house, Americans can watch television shows celebrating foods from other cultures, like Parts Unknown with Anthony Bourdain or Bizarre Foods with Andrew Zimmern. Even if the food is called "bizarre," watching others eat and enjoy helps slowly normalize everything from goat heart to grubs, says Towns.

"You're probably better off selling [insects] as a delicacy or a novelty," reports Towns, who says her gut instinct is there is not a market for insects in the mainstream. "Use the angle of positioning it as a global experience."

Related: There's Now a Crowdfunding Campaign for a Permanent Cat Café in NYC

It's all in the packaging

The ultimate achievement for early edible-insect startups will be when having bugs on the menu isn't extraordinary.

In a decade, "gluten free" has gone from a minor allergy to a lifestyle. In 30 years, sushi went from a foreign concept, to cosmopolitan cuisine, to a fixture in grocery stores across America. Eating bugs is weird now, but companies and restaurants are already taking steps to make the insect go down easier for the average American when the time comes.

"Something we always want to avoid is triggering that initial aversion, that innate negative response that they might feel when they see a picture of the bugs on the packaging," says Lewis.

The move makes sense – as Lewis points out, you don't see pictures of cows on a hamburger wrapper – but removal of bug's creepy-crawly nature goes beyond packaging.

"The first thing we did was we decided to create cricket flour. We're very aware that the typical American consumer is not going to be willing to eat a mealworm burger to chomp on grasshopper tacos any time particularly soon," says Lewis. "People can see it's a powder with no legs or antennae or anything like that."

The loss of distinguishable bug qualities may be why cricket flour products have made it farther than other, more obviously bug-based products, giving Exo and others the chance to go from novelty to reality. Many restaurants are taking a similar stance. At dinner at the New York City restaurant Black Ant, the menu only contains one obvious reference to insects: Tlayuda Chapulines, or tortilla topped in sautéed grasshoppers. However, the menu has other, less obvious, bug products: the guacamole contains chicatana (a type of ant) salt and Tacos Enchapulinados containing shrimp with a chapulin, or grasshopper, crust. Eating the dishes, you would never identify the bugs, unless you knew to look.

Talking to customers at the Black Ant, half were interested in eating insects, half were not. For the pro-bug crew, one of the major positives was the division between bugs as food (normal) and bugs as pests (gross).

"We are in New York," one customer told me. "We're in a restaurant with good reviews. This isn't like the bug I saw climbing up the wall at [a restaurant down the block.]"

By marketing the bugs as gourmet in an upscale, Mexican restaurant, the Black Ant and other, similar restaurants have elevated insects as an ingredient over their dirty brothers crawling out in the street. Exo has done the same, producing protein bars with packaging and taste so similar to the non-bug variety, once you take a bite, it's easy to forget that there are insects inside. It's all about getting over that first, anti-bug mental block.

Most people still aren't sold on the idea of eating bugs, but health nuts and adventurous world-travelers have already been won over. Edible insect companies have hard facts on the environmental, economic and health benefits of eating bugs on their side. If startups and restaurants play their cards right, the rest of the U.S. will realize that its mental block about eating bugs is just that – completely mental.