For most people, the decade between 18 and 28 is transformative. Often, it’s in those angst-ridden, exciting years that you begin to find your voice as an individual and carve out your professional career. For young entrepreneurs, one of those things can’t happen without the other.

That’s how it was for Tammy Tibbetts, the 28-year-old founder and CEO of She’s The First, a nonprofit that helps girls in developing countries become the first in their families to complete secondary school. A decade ago, Tibbetts was voted “Most Shy” in her high school class. To be where she is now, at the helm of an organization that has helped nearly 400 women find their voice, she first had to find her voice.

Tibbetts does not dramatize her own narrative; she had a middle-class upbringing in New Jersey and had always planned to go to college, though she was first in her family to do so. “I didn’t think it was a big deal to be a first-generation college graduate,” she says. “And it kind of is. And that is pretty ironic, in retrospect.” 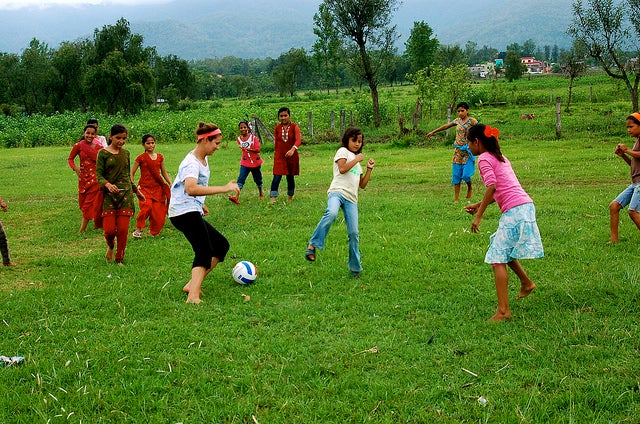 She also wasn’t bullied or alienated for being shy. But as she became an adult, she was no longer comfortable being the girl who didn’t speak up, realizing how many women around the world couldn’t speak up without risking their lives.

“No one was oppressing me. No one was saying I couldn’t raise my hand in class or speak about the issues I cared about; it was about my own self holding myself back.” Tibbetts is petite and soft spoken, and though she has a youthful demeanor, she is mature and refreshingly self-aware.

After graduating from high school in 2003 with a perfect grade point average, she wasn’t sure what she wanted to do. Having served as co-editor-in-chief of her school paper, she decided to study journalism at The College of New Jersey. Her first job after college was for Seventeen.com, the digital arm of Seventeen magazine at the Hearst Corporation. There, she helped launch two websites and spearheaded the publication's social media efforts. Her work landed her on trade publication Folio's “13 Under 30” list in 2011.

Outside of her corporate life, she began volunteering at a global education nonprofit, which she discovered through a college journalism assignment, that sent her to Liberia twice. In typical millennial fashion, she posted about her travels on Facebook; friends commented -- inspired, but unsure of how they could help.

Her social-media expertise is what led her to believe that her generation could give to the global community -- even if they didn’t have deep pockets. She’s the First was born from a YouTube video that Tibbetts and her friends made in 2009 to highlight the global issue of undereducated girls and point out the best-run education programs. The initial goal was to use social media to gather enough donations to send a girl to school. “Sending a girl to school is so attainable for a group of young people to do together. That was the perfect fundraising goal,” she says.

Tibbetts started working on She’s The First while still employed at Hearst, which quickly became 40 hours at Hearst, 40 hours on her company, and sleeping when she could. Managing both became impossible. She needed to make a choice.

In June 2012, she left her job to pursue She’s The First full time. Her decision was inspired by Lindsay Brown, a student at Notre Dame who became so invested in She’s The First that she forfeited her soccer scholarship to spend more of her time promoting the cause. Brown was also the woman who first began selling tie-dye cupcakes to raise money for She’s the First; they’re now the organization’s signature, gateway fundraising tool.

At roughly the same time, Tibbetts won a $25,000 grant from Merck, which gave her a runway to get off the ground.

She’s The First raises money through college campus chapters and from corporate and individual donors that gets funneled to 10 partner education programs around the globe. It costs between $300 and $1,600 to fund a girl for a single year of education, depending on the country, grade level and whether boarding and tutoring services are required. Compared to other global education organizations, sponsoring a She’s The First scholar is expensive, but scholars are fully taken care of, from books and a uniform to a mentor and boarding.

“We don’t want these girls, when they graduate, to just get by,” Tibbetts says. “They are changing the game. They are breaking the cycle of poverty in their families and they are going to be the leaders who not only send more girls to school, in addition to their own children someday, but the ones influencing policies and making systemic changes that need to happen both in terms of their natural policies and cultural mindsets.”

Today, She's The First has a staff of three. The organization received donations from A-list women including Diane von Furstenberg and Nanette Lepore and corporations ranging from Dermalogica to Jane Cosmetics to State Farm. She doesn't yet have the funding to pay her staff through next year, though she has a plan to get it. And she has a goal to raise $1.5 million in 2015.

But she’s already done a lot in her 28 years that she couldn’t have ever imagined doing. In high school, she couldn't do the mile run in gym class without walking. This month, she ran the New York City marathon. On the back of her running shirt was a Nelson Mandela quote that echoes her thoughts on leadership: "It always seems impossible until it's done." 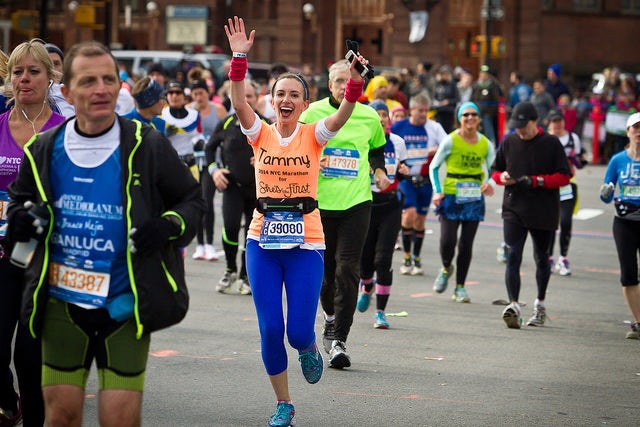 Related: Leadership Lessons From a Corporate Trailblazer Who Has Managed 70,000 Employees