Leadership Lessons From a Corporate Trailblazer Who Has Managed 70,000 Employees

Vicki Escarra took a job as a flight attendant with Delta her first year out of college. While working a charter flight transporting the board of directors, she met the CEO, who asked what her plans were for her time at the company.

Escarra said she wouldn't be staying at Delta long, as she planned to "do something really meaningful." This was 1975 and the then Delta CEO David Garrett laughed and invited her to a meeting in his office the following week.

When she showed up to the meeting, Garrett had already identified four jobs at Delta he felt she might be interested in. And while he didn't help her skip any of the requisite application procedures, he did say he wanted to see her stay on at the airline.

Escarra would go on to work for Delta for 30 years, moving jobs within the company every two years. At various points in her career, she ran all of the call centers, flight attendants and maintenance operations around the world. 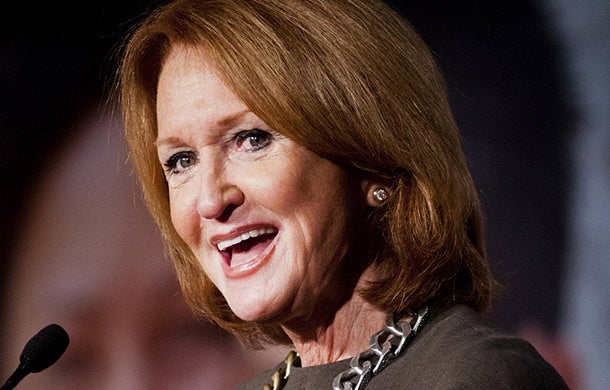 Vicki Escarra has a corporate-leadership heavy resume, but her path, she says, has been very entrepreneurial.
Image credit: Opportunity International

She also helped the company manage through crisis. A week before 9/11, she had taken on the role of chief marketing officer, overseeing planning, marketing and sales. In the weeks and months that followed, she helped secure a $4 billion loan from the government to keep the airline industry afloat and was also involved in rewriting security rules.

In total, Escarra managed 52,000 employees at Delta. She was also the first woman to hold an executive role at Delta.

After retiring from Delta in 2004, Escarra worked for the city of Atlanta and then became CEO of Feeding America, a hunger relief nonprofit. She's now CEO of Opportunity International, an organization that provides small-business loans and other financial products to impoverished populations across the world.

Here's what you can learn from her leadership journey.

Lesson 1: Take time for talent. Escarra's encounter with Delta's CEO taught her a major lesson – take time out in your busy schedule to recognize workers who have potential. Not only will it benefit the person being recognized, but it's likely to strengthen their loyalty to your company. "If I see talent, I make an appointment or time to say, "I want to talk to you.' And that was a lesson I learned early," says Escarra.

Lesson 2: You can't be everywhere at once. At one point, Delta's board of directors approached Escarra about possibly becoming CMO, but first wanted her to complete an MBA program at Harvard. To get the esteemed degree, Escarra would have had to leave her young, teenage daughters and move to Cambridge from Atlanta, where she was living. The elder of her two daughters was having a hard time at that point in her adolescence. "It was a pivotal moment in her life. And so I made the decision not to go," she says. "I have no regrets because it was really an important moment for us, but it took my name off the list of being the CMO. And I knew it."

Escarra eventually completed a different executive leadership program at Harvard that was shorter and did not require her to move.

Lesson 3: Everybody has something to give. After leaving Delta, Escarra began working as temporary chief of staff for Shirley Franklin, who was then mayor of Atlanta. The mayor decided to take on education reform in her first term. During one particular school visit, Franklin gave her phone number to every student she encountered. She promised that if any one of those high-school seniors were to call her, she would personally take action to support them in some way, either by writing a recommendation or paying a college admission fee. 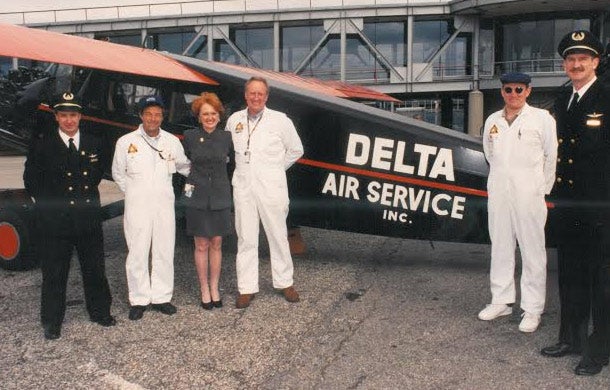 When they got back in the car together, Escarra asked Franklin why on earth she would give out her number to strangers. Escarra remembers the answer: "Because I really believe in the power of what one person can do. Whether you are the Mayor of Atlanta or the chief marketing officer of Delta, we can all do things to give back to our world."

Those words stuck with Escarra as her career changed course. Escarra went on to run a hunger relief non-profit called Feeding America. Escarra was there for 6-1/2 years and in that time, she led the rebranding of the company to Feeding America from the much more nebulous name, America's Second Harvest. During Escarra's tenure, fundraising at the nonprofit tripled.

Delta and Opportunity International are nothing alike from the outside, but both organizations are global networks in highly regulated industries, says Escarra. "Most people who are in the non-profit space don't realize that really well run nonprofits are very focused on measurable goals: they set up score cards," she says. "Any investor that decides to put money into a nonprofit should ask to see, "Let me see your scorecards, let me see your impact.'"

Escarra's goals are lofty, but she knows she needs to stay calm and level. "I am very excited -- and probably driving my staff crazy asking us to go faster, further. It is a marathon though. It is not a sprint. In issues working on impact in the developing world, it's not just providing a blanket, it is a marathon."