More Than Tween Stars: How YouTube Is Steering Brands Into the Future

By Laura Entis January 9, 2015
Opinions expressed by Entrepreneur contributors are their own.

Summer With Cimorelli, an original five-episode scripted Web comedy on YouTube’s AwesomenessTV channel, opens with the aftermath of a party – streamers litter the front yard of a suburban house, while a leftover llama chills by the pool. Two cops arrive to investigate the disturbance and question the six Cimorelli sisters, who happen to be real-life YouTube personalities. (The siblings gained a sizable following by uploading videos of themselves singing pop songs in a capella; they currently have 3 million subscribers.)

As the sisters try to explain their way out of trouble, in a flashback, we see the party itself, where, amongst groups of gyrating teens, a platter of Subway sandwiches is prominently displayed.

"That's a lot of Subway," one of the officers remarks, interrupting the flashback.

"Hey – we're on a budget here, and Subway is affordable, and you get your food just the way you want it," chirps one sister, to which another cuts in: "And Lisa has a crush on this boy who works there."

As you've probably guessed, these Subway placements and plot points – which snake throughout the entire series – aren't mere coincidence: Summer With Cimorelli was paid for by Subway.

As brands continue to struggle to reach younger viewers – those fickle teens and preteens who are ditching television for online content – original branded series like Summer With Cimorelli are becoming more popular, steering advertising into new terrain. 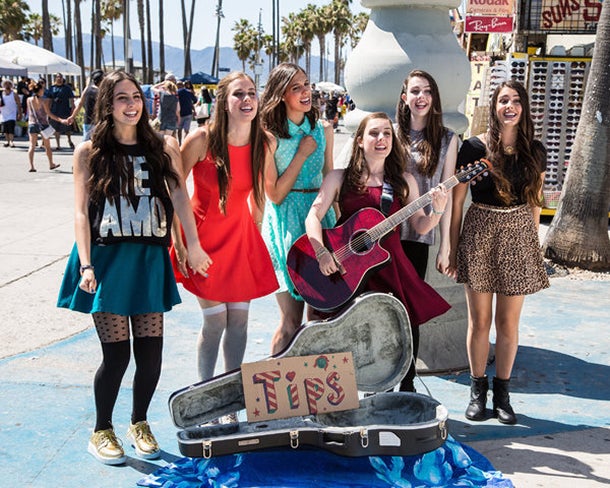 Increased consumption of online media has led to a boom in digital video advertising, a sphere that encompasses in-stream ads (ads that run at the beginning, middle or end of video content), in-banner ads (display ads that contain embedded video) and in-text ads (video ads that show up when a user hovers over a relevant word). The market has more than doubled in the last three years, but still remains nowhere close to TV. U.S. digital video ad spending for 2014 is estimated at nearly $6 billion, while TV ad spending is about $69 billion, according to research firm eMarketer.

Even with digital video expected to see double-digit annual growth for the next few years, TV will continue to get the lion’s share of ad dollars. There are real reasons for this: advertisers are often turned off by the bite-sized length of videos (the most popular YouTube material is two to seven minutes long) and some YouTube videos, while all the rage, just aren’t “brand friendly,” according to David Hallerman, digital media analyst at eMarketer. Plus, he adds, popular video-streaming subscription services such as Netflix and Amazon Prime Video don’t yet support advertising.

But branded content is offering marketers a solution. Instead of creating an ad to run alongside video content, a brand can create an entire high-quality, multi-part original video series that serves as an ad of its own.

Multi-channel networks, or MCNs, have helped with this. Acting almost like talent agents, they broker sponsorships, create branded content and negotiate other money-making deals for the creators of popular YouTube channels in exchange for a piece of their revenue. The MCNs behind some of YouTube’s biggest stars have grown to become quite valuable to major media and entertainment companies: in just the last year, Disney bought Maker Studios for $500 million, German-based broadcaster Prosieben invested in Collective Digital Studio, Otter Media took a controlling stake in Fullscreen and Europe’s RTL Group bought a majority stake in StyleHaul.

As MCNs have risen, so has branded content. But unlike traditional ads, the money spent on branded content and other less-explicit forms of video advertising can't be easily quantified. "We don’t have those numbers -- I don’t know of anyone who does," says Hallerman. "But just because the numbers don’t exist doesn’t mean that they aren’t important."

Brett Bouttier, COO of AwesomenessTV, an MCN that was acquired by DreamWorks in 2013 for $33 million, says there needs to be a new way of examining the entire advertising business. On YouTube, he argues, the immediacy of the content and the fact that content creators have already developed devoted audiences means that engagement is higher. He finds the advertising industry's continued reliance on CPMs (cost per a thousand impressions) feels outdated because impressions on a popular, beloved YouTube channel are inherently more valuable than impressions on some random corner of the Internet.

In September, AwesomenessTV partnered with Kohl’s to promote the retailer's limited-edition junior's fashion line S.o. R.a.d. with an original YouTube series featuring YouTube influencers Lia Marie Johnson and Amanda Steele. The results were encouraging enough that Bouttier says it’s possible to point to a correlation between the series' success and clothing lines' sales. "While it's not an exact science, there's enough data to prove that what we're doing is resonating…it's causing people to go out and buy something."

When a branded property resonates with audiences viewers don’t view it as a sellout, but as something to enjoy and share. Its marketing value isn’t locked up in the property itself, but in the myriad ways it can be incorporated into additional marketing efforts, says Stuart McLean, CEO of Content & Co., the brand studio that produced Summer With Cimorelli.

With Cimorelli, Subway rolled out a co-branded TV commercial, hosted popup concerts in Subway franchises across the country, organized sweepstakes featuring the sisters, ran a series of Google hangouts and orchestrated a full-on social media-blitz. “We did a teaser campaign, asking fans to hashtag what’s on June 3 [the series’ premier date],” says McLean. “That trended No. 1 globally on Twitter.”

McLean tells brands that if they don’t plan on using an original series as a platform for five or six additional marketing channels, they shouldn’t bother making it. At the same time, he says, they shouldn’t feel a need to go overboard with plugging their brand. In fact, sometimes companies choose to go almost invisible within the series they create. “We did a [reality] series for Schick razors called Clean Break, which ran for three seasons on Yahoo and Fox,” McLean says. “There wasn’t one razor in the show -- in fact the characters didn’t shave. So it was a lifestyle play, an image play, an engagement play.”

What YouTube has allowed for is a mutability in the way content is conceived – what begins as a web series can easily transition into a TV show or perhaps a straight-to-video-movie, or if it really blows up, even a feature film. Because YouTube collects a trove of viewer data, MCNs can market content to various channels, and sell upstream.

Reza Izad is the CEO of Collective Digital Studio, one of the top MCNs. At the moment, he’s trying to find a home for a new film called Natural Born Pranksters starring YouTube stars Roman Atwood (over 5 million subscribers) and Vitaly Zdorovetskiy (nearly 8 million subscribers). It’s a film he believes could trigger the next Jackass-level franchise. Right now, though, he’s not sure where it will end up – production has started, but Collective Digital has yet to sign a distributor. “Is it is a movie for theaters? We would hope so, but it may be something that starts a TV series…I don't know how it is going to play out, but I know that we are going to play with this property extensively.” 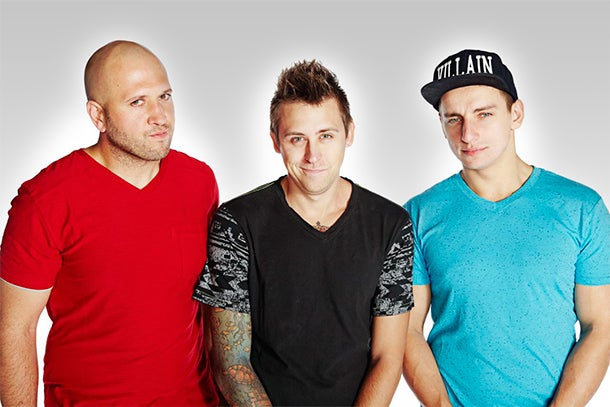 Because the cost is relatively low and a fan-base has already been developed, the stakes are low and the odds are favorable. "We know Roman and Vitaly collectively do 70 to 80 million video views, and we know a lot about their audience -- the only question becomes, how do we make something that gets [the audience] to react in a positive way?"

As online video steamrolls into 2015, more brands will surely be asking themselves the same.

Why Should You Hold PRA Group (PRAA) in Your Portfolio?