This Entrepreneur Launched 52 Businesses in One Year. Here's How He Survived.

Calling it the most transformative experience of his entrepreneurial life, 29-year-old Colin Grussing has officially made good on a dizzying vow: to build a new business every week for one year.

Entitled 52businesses, the project was derived by New Orleans-based Grussing last March to help destigmatize the early-stage startup paradigm. In addition to conceiving proprietary ventures, 52businesses pivoted partway through its mission to serve as a kind of collaborative consultant for existing startups and nonprofits. They welcomed ventures of every stripe, Grussing says, from scalable concepts to local mom-and-pops.

Looking back at the year, some favorites include Apocalypse Camp, a survival course for adults that recently blew past its Kickstarter goal; the task delivery app Meusu; and Operation Spark, a non-profit that teaches at-risk youth to build prototypes for local startups.

“Over time, we simultaneously became more open-minded and more concise in our approach,” says Grussing’s partner, Jason Seidman, who serves as 52businesses’ CEO. 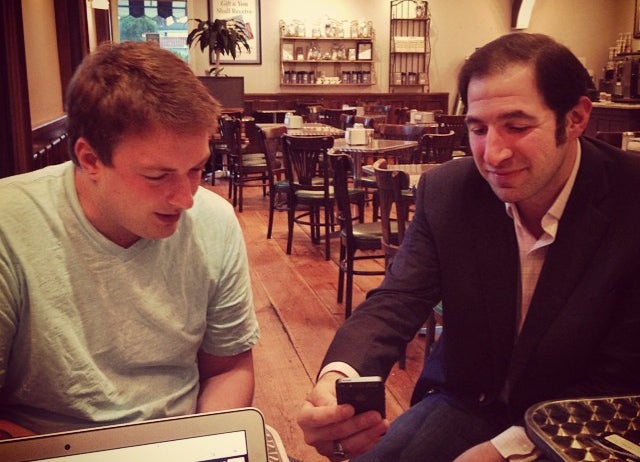 Related: Inspired or Insane: This 28-Year-Old Vows to Launch a New Business Every Week for One Year

Given the project’s audacity, however, Grussing discusses success in relative terms. Today, 87 percent of the businesses continue to thrive, he says -- by which he means they haven’t closed their doors yet. While 27 percent have made new hires, another 22 percent say they intend to do so within the next three months.

While many of the businesses may have legs, its biggest money-maker to date has fins, Seidman jokes. During week five, not long after the Super Bowl, the team decided to vend a shark costume -- even as Katy Perry’s legal team was blasting out cease and desist letters to other entrepreneurs attempting to profit off her campy halftime show. 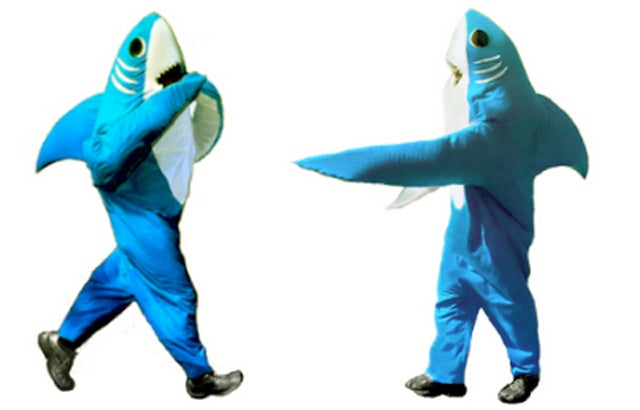 If 52businesses has been invigorating on a professional level, it has wreaked havoc on Grussing’s personal life. Though Seidman found love during week 17 -- a collaboration with a social entrepreneurship program at Tulane University -- Grussing’s fiancé ultimately broke off their engagement due to the endeavor’s crushing weight.

“I treated her more like an intern than I should have,” Grussing concedes. However, the two have since reconciled and are planning a beach trip away from any work distractions -- though Grussing says he wouldn’t pass up the opportunity to product-test a forthcoming floating beer koozie.

Indeed, the concept of a vacation doesn’t seem to exist in Grussing’s frenetic mind. Case in point: just one month after closing a chapter on 52business’ first year, the team is -- yep -- getting ready to start back up all over again.

But this time, they’re not going at it alone. While Grussing initially intended to subsidize 52businesses via corporate sponsorships, the team is now seeking investors to turn 52businesses into a permanent seed incubator program. “We’ve been talking to several different funds in the city, and a few outside, that just want to have those feet in the ground in New Orleans,” Seidman says.

Related: In New Orleans, 'Tis the Season for Startups

The team also plans to harness lessons learned in order to improve their approach. One of the biggest stumbling blocks last year, Seidman says, was encountering participants who were “interested in the allure of entrepreneurship but who weren’t necessarily willing to put in the time it takes to be an entrepreneur.”

And at the end of the day, Grussing says, there are several actionable takeaways to be gleaned from the experiment. “Focus on being effective rather than efficient,” he says, and accept that surprises -- both good and bad -- are inevitably lurking around every turn.

“Take action, but without leaping,” Seidman suggests. “Utilize your network and your friends and your family to get a prototype -- without quitting your job first, without dropping out of school. And then if the idea proves to continue growing, then it’s time to reevaluate those things.”

How to Build Sustainable Communications as a Startup

Keep Your Day Job but Everyone Needs a Side Project