After rising through the ranks at cult makeup brand MAC and selling a majority stake of her own beauty upstart Cover FX to private equity investors in 2011, the cosmetics entrepreneur Jenny Frankel was ready for her “Eat, Pray, Love moment.”

As the mother of two teenage daughters, “I just wanted to enjoy them, inhale them -- I wanted to connect with them,” says the Toronto native, 43.

But the business wheels never stopped turning. The more time she spent with daughters Taylor and Ally, the more Frankel honed in on their unique approach to beauty products and their fixation with social media.

“We’re all about that ‘no makeup’ makeup -- it literally has to look like you just got out of bed,” says Taylor, 18, a college sophomore studying business marketing.

“Who wants to wake up an extra half-an-hour early to do your makeup when you could be sleeping in or scrolling Instagram?” adds Ally, 16, who is still in high school.

Related: How Ipsy, Michelle Phan's Million-Member Sampling Service, Is Giving Birchbox a Run for Its Money

Observing this behavior through an entrepreneurial lens, Frankel suddenly realized she had a viable business on her hands -- one that, given her new phase in life, she wanted to conceive alongside her daughters.

On a family vacation to Miami in 2013, following weeks of casual chit-chat that slowly evolved into informal brainstorming, Nudestix was born. The millennial-leaning line consists of 13 stubby makeup crayons, each priced at $24, and each of which serves as an unfussy alternative to bronzer, concealer, lipstick, eyeshadow or blush.

Launched last May, Nudestix is now available in 100 retail doors internationally, including Forever 21, Sephora, Space NK, QVC and Urban Outfitters. The company is on track to clock $5 million in sales this year, Frankel says.

If co-founding a company with one’s adolescent daughters sounds like a recipe for disownment, the Frankels seem to have struck a tricky balance -- even if, as Taylor laughingly concedes, any conversation "somehow always comes back to Nudestix.”

As operating manager, Frankel -- a chemical engineer who began her career in product development -- oversees everything at home and in the office, she says. On the company’s website, she describes herself as “equal parts mom, scientist, beauty visionary and marketing ingenuity [sic.]” 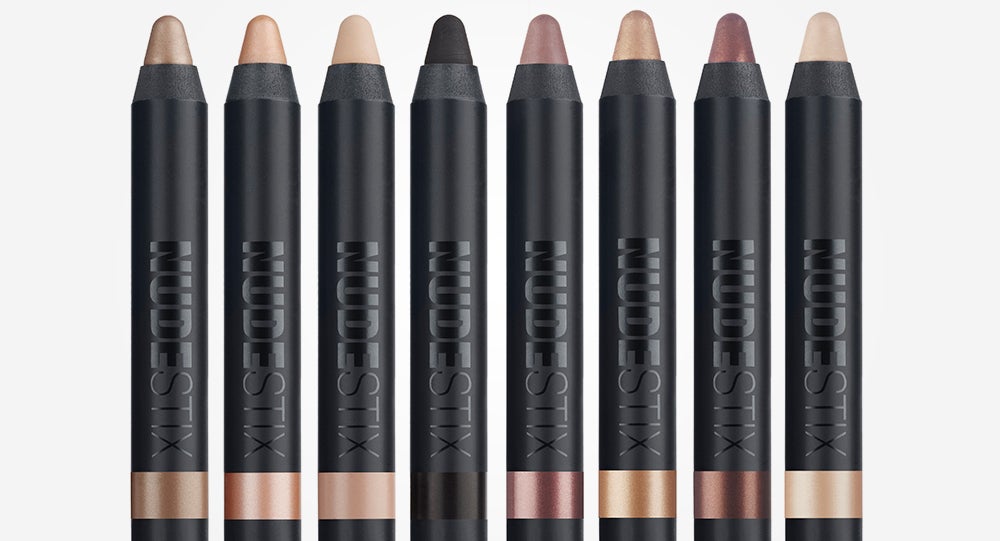 The girls, on the other hand, participate in product development, retail training and also serve as Nudestix’s faces on social media. Ally runs the brand’s Twitter account, which has 970 followers, while Taylor is responsible for Instagram, which counts nearly 18,000. They are also active on YouTube and Snapchat.

If developing a social media presence has come naturally to the girls, Frankel does intercede in other aspects of the business as a kind of protective buffer. “I don’t stress them with the day-to-day, real stresses behind entrepreneurial business: inventory, capital, relationships,” Frankel says. “I really try to ensure that Nudestix is inspiring, fun, educational...that I don’t get overly involved in their voices.”

But at the end of the day, Taylor and Ally -- who see themselves being involved with Nudestix for the long haul -- describe working with their mother as a special privilege. “Having my mom as my boss is amazing,” explains Taylor, “because she really appreciates my contribution.”

While scheduling work trips around Ally’s high school schedule has been the team’s biggest challenge, it’s worth the sacrifice, she says. “Being able to share this kind of opportunity with the people you want to share it with brings a new level of closeness.”

“From the mom’s perspective,” Frankel adds, “everyday I’m watching them grow and I’m creating these hashtag girl bosses that are independent and creative and excellent at what they do...They’ve presented to groups of 400, 500 executives at Sephora -- they’ve accomplished things that most adults might think are intimidating, and they don’t think twice about it.”