With a unique ability to weave visual backstories and touch untold masses, QVC can serve as a transformative vehicle for entrepreneurs. 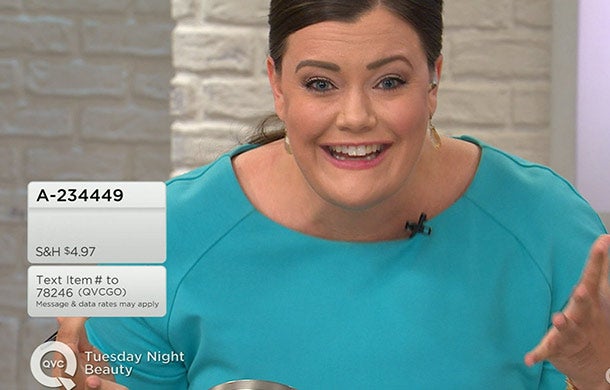 Talk about a make-or-break moment. Upon learning that QVC had finally offered her a 10-minute spot on its airwaves following a tenuous, two-year courtship, the cosmetics entrepreneur Jamie Kern Lima instantly dissolved into an ecstatic heap of tears and prayer.

Lima, 37, had founded IT Cosmetics out of her tiny Studio City, Calif. apartment in 2008, after quitting her job as a local news anchor. Her Bye Bye Undereye concealer -- developed alongside plastic surgeons and touting anti-aging ingredients -- was a game-changer, she knew deep down, although distribution prospects looked slim and marketing costs were astronomical.

A relationship with QVC, however -- an acronym for "quality, value and convenience' -- could tick both boxes in one fell swoop.

For two years, Lima had mailed her products to QVC merchants for consideration to no avail. But then one day, network executives stumbled upon Bye Bye Undereye at an industry trade show in New York City. Shortly thereafter, Lima found herself boarding a plane to West Chester, Pa., where QVC headquarters are quietly nestled, arriving one week ahead of her scheduled debut. 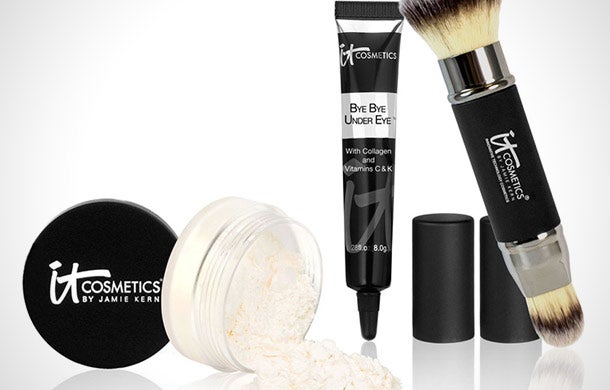 Related: How a 3-D Printer Called 'Mink' Could Completely Make Over the $55 Billion Beauty Industry

"The whole week before, I just came out to the QVC parking lot and sat there," Lima says. "I stayed for a week at the Sheraton -- which is the hotel everyone here stays at -- just prepping for that 10 minutes, trying to process what was about to happen."

The stakes were enormous. All told, 106 million American viewers tune in to QVC, according to Doug Rose, SVP of marketing and programming. And the platform's vast reach as a retail channel is compounded by a unique ability to weave scintillating visual backstories.

"Our customers are shopping not so much because of a desire to buy something as they are engaged in learning about what's new, meeting interesting people and hearing their stories," he says. "We talk a lot about storytelling being one of our superpowers as a retailer."

And when host and guest are firing on all cylinders, these superpowers can generate megabucks. The record for the most products moved in one day is currently held by the portable smartphone charging company Halo, with a staggering 300,000 units sold.

Backstage in her dressing room before show time, Lima was sufficiently prepared, but rattled nonetheless. Time seemed to be passing in a sudden whirl. In hindsight, she remembers little other than her co-host, at one point, guiding her trembling hand out of a close-up shot, whereupon a producer in her ear coached her to "take deep breaths." The next thing she knew, everything had sold out. 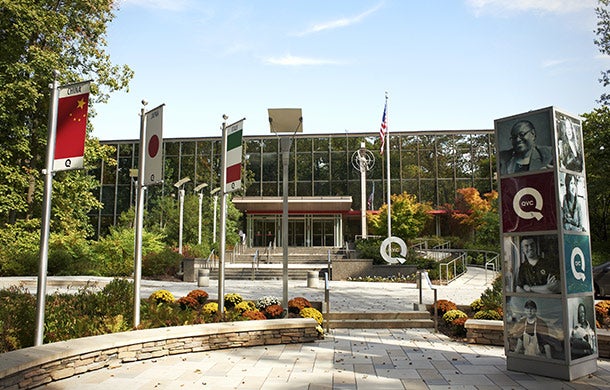 That year, Lima would go on to do four additional appearances on QVC. In 2011, IT Cosmetics tallied 101 airings. This year, Lima has already appeared more than 200 times -- "and it's only September," she's quick to point out. She's checked into the local Sheraton more than 100 nights this year.

Riding the wave of this invaluable exposure, IT Cosmetics has grown at an exponential rate. After counting 5 employees and posting revenues of $1 million in its first year, today Lima has amassed a staff of 60 and annual earnings of more than $100 million.

While even QVC execs marvel at the company's rapid ascent, Lima attributes her success to carefully-honed products and 20-hour workdays -- not to mention a healthy dash of superstition. She has worn the exact same earrings, bracelet and shoes during every one of her 700 appearances. "There are some guests who have to have the same mic number every time," she laughs, "but I'm trying to downsize my issues."

Over the years, Lima has also perfected certain routines that inspire relatability -- and which also happen to inspire viewers to reach for their wallets. Because she suffers from severe rosacea and lost her eyebrows in her thirties, Lima has devised a demo in which she wipes off her brows on-air and then pencils them back on with IT Cosmetics' Brow Power.

"It's not just a sales thing," she says. "By me taking off my makeup and showing my rosacea or showing that I have no brows, I hope that women feel better about their own issues, because everyone has them -- even if they don't buy anything."

QVC can gauge the net impact of such moments, says John Kealey, director of TV production, because on-air sales are tracked in real-time, and programming adjustments can be made in an instant. For example, if call volumes spike, producers may choose to linger on a certain demo or angle or anecdote, he says. Amid lagging feedback, they can quickly move on.

This sets QVC apart from the traditional brick and mortar retail model. "It's the equivalent of being able to change your storefront windows based on what the customer is telling you she wants as soon as she comes in," Kealey says.

A crowdsourced sensibility pervades the QVC business model, adds Rose. Given sales figures, return rates and constant commentary via social media -- all arriving in a "firehose of feedback" -- the best entrepreneurs harness this information to hone their messaging, improve their products and even create new ones.

And in order to become a network star, Rose adds, entrepreneurs need not have a finely-honed onscreen presence. In fact, the opposite is true. "What matters more to us is authenticity and credibility and the passion of knowing that you created it with your own hands."

Although Lima already counted some newscasting experience prior to her arrival, she tends not to rely on it. "The hosts are so talented and polished and perfect, and they carry you," she says. "But I feel like the entrepreneurs that are the most successful here, when you see them in the hallways, they're exactly the same as they are on-air."

As she's speaking, a fly lands on her shoulder and starts buzzing around her face. "This happens all the time on the air by the way," she says, swatting it away. "You're just like, "oh, crap!'"

So what does she do when such make-or-break moments arise? Lima's response is telling: "Smile really big, choose to acknowledge it or not and just keep moving."