As a serial entrepreneur, investor, and active participant in the MENA’s entrepreneurial ecosystem (he was most recently seen at the 2015 RiseUp Summit in Cairo), Henri Asseily has a significant two decades of practical experience to draw on, as well as a wealth of theoretical knowledge that he can apply, when called upon to advise startups and entrepreneurs in the region. As the founder of BizRate.com/Shopzilla in 1996, Asseilly served as its CTO until its sale in 2005 to the E.W. Scripps Company. His newest undertaking, Leap Ventures, focuses on enterprises that are entering Series B growth stage. Here are excerpts from an interview with Asseily, in which he discusses implausible valuations, executive education, being an entrepreneur, and lately, an investor.

What was a highlight of your entrepreneurial career?

I could be tempted to say the day I sold my startup, but the truth is that I don’t remember it. But I do vividly remember that on Saturday, October 16, 1999, we were launching our first marketing campaign for BizRate.com with Chiat\Day, a $4.5 million affair. Unfortunately, on October 15, we still didn’t have a working search engine for our new product marketplace due to an incompetent software vendor. Remember that, at the time, we were creating so much from scratch; every day was innovation day. I was running the operations in the office, while my partner Farhad Mohit was in New York at the ad agency. I called an emergency pow-wow, and through a heroic team effort, we got the new site running at 11p.m. that night with a completely different architecture. And it’s this teamwork that culminated in the sale of the company six years later.

What was a failure in your career that you gleaned valuable lessons from?

Every time I’ve failed at an investment, the primary reason was a weak team. It was either incomplete, or not up to the task at hand. As much as we emphasize the importance of a company’s top team, it’s never enough. The strongest managers will find ways where others will fail.

What is your opinion of executive education? Please discuss how your educational background has helped you in your entrepreneurial endeavors, and now as a VC.

I can confidently say that my Wharton MBA helped me as an entrepreneur, but mostly thanks to it giving me access to computers, fast Internet, and an environment where I could meet my future partners. I learned everything about term sheets, legalese, hiring and firing on the job alone. That said, I think that continuous education is key for one’s development and overall life satisfaction. We all need to learn something new on a regular basis, whether for fun, hobbies or actual work. I consider myself extremely privileged to be living in a time where I can learn anything, anywhere, with just a bit of personal commitment. I learned drums by playing a video game. I took the best courses in electrical engineering through MIT’s online iTunesU videos. I read dozens upon dozens of papers and articles from the godfathers of venture capital in Silicon Valley. Innovative fund structures, risk analysis, investment processes, you name it and you can learn it. We haven’t yet reached the instant knowledge downloads like in The Matrix, but we’re not far. Whoever laments the lack of education and learning only gets a free pass from me if they’re in a conflict area without Internet.

What is your opinion of the astronomical valuations coming out of Silicon Valley in the past year? Some analysts are calling foul on valuations in the billions.

Valuations in Silicon Valley are interesting for a few reasons. It is important to remember that it is in Silicon Valley alone that downside risk is truly valued as a cost of doing business, as a payment for a chance to make an incredible upside. This is, of course, because there is so much upside potential, probably only rivaled by some China markets. The combination of insensitivity to downsides and the attractiveness of potentially unlimited gains will always push valuations higher and faster than in any other geographical market.

And if we couple that with almost negative interest rates, we get an abnormal influx of capital into the Silicon Valley ecosystem looking avidly for some kind of return, and we reach the heights that we’re seeing now. It is starting to smell to me like 1999, where there is a lot of outside money pouring in and chasing any deal with potential, although the market is a lot more mature in its decision making, the companies have many more links to the “physical world,” and entrepreneurs have a lot more experience.

But one point should never be forgotten: the valuations that you read about in the press are valuations for the common stock of companies. And in no instance will an investor buy common stock, only preferred stock that has many advantages including downside protection, liquidation preference, etc. And therefore the valuation as well as the downside risk to the new investor are nowhere near what you read in the press, and significantly lower. 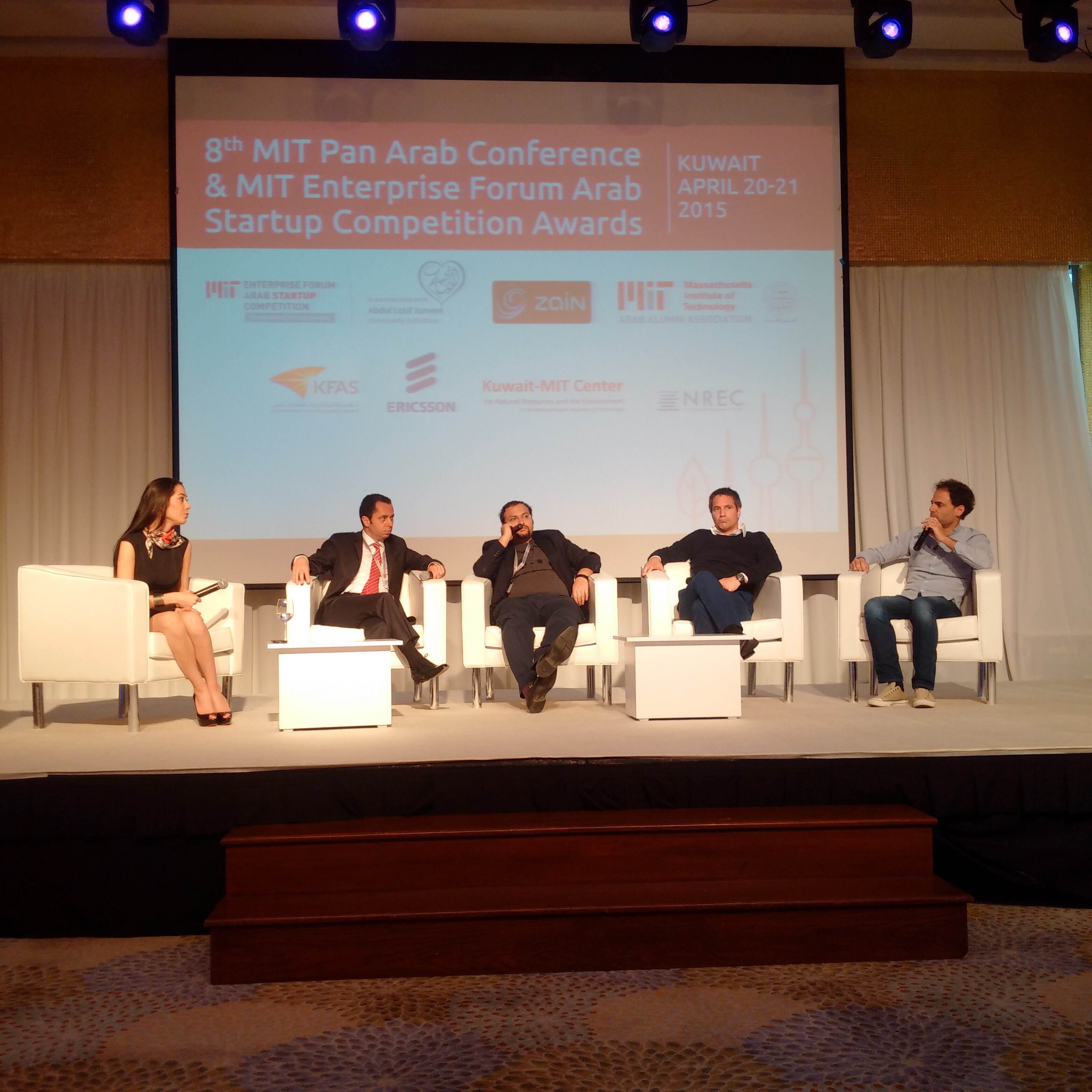 An article in TechCrunch speculated that by retroactive calculations, this was the first startup worth a trillion dollars. What are your thoughts on retroactive valuations? Is it a could’ve, should’ve, would’ve situation? Is it even beneficial to go back and perform these types of assessments on companies launched before the modern definition of “entrepreneurial ecosystem” existed?

The TechCrunch article is clickbait referencing a very interesting and insightful report by Endeavor Insight that analyzes the incredible legacy of Fairchild Semiconductor: how a single company with eight founders created almost from scratch Silicon Valley, and that it spawned directly or indirectly almost 70% of publicly traded Silicon Valley companies today.

I find retroactive valuations a futile exercise to showcase one’s mental prowess. It has zero value whatsoever; it basically states: “If you were an omnipotent god with perfect knowledge of the future, what would you have done differently?” I know what I would have done, and that is certainly not start BizRate.com/Shopzilla, but invest first in Netscape, then Yahoo, then Amazon, then sell everything on December 31, 1999, go to the beach for two years, and buy most of them again in 2002. You get the point, I am certain.

Being a venture capitalist, what is your opinion on the current state of venture capital in MENA? We are often told that the region's version of it is not VC, because the investments are too risk averse.

As with most real-life matters, the short description of the state of VC in MENA should be: “It’s complicated.” Most statements decrying the incredible risk aversion of some VC firms, including endemic undercapitalization, choking deal terms or even controlling stakes have unfortunately been all too true in the past. When I started analyzing the state of the entrepreneurial ecosystem in MENA three years ago it wasn’t that I was surprised about the risk aversion, but that the VC companies were trying to reduce their risk with incredibly short-sighted high-risk policies. Take for example the “endemic undercapitalization” that I mentioned. It was standard practice to fund the startups with less money than they asked for because, after all, less money invested should mean less risk incurred. That is patently false when cash is the blood of startups, and tightening the cash supplies of startups is the best way to make them fail, thus dramatically increasing the VC’s risk.

Now that, I hope, is part of history. In Lebanon, the Central Bank is injecting over $400 million into the knowledge economy, and in Kuwait there’s a massive $7 billion SME fund. Saudi Arabia, UAE and Qatar are working on various initiatives to facilitate access to capital, and the end result will hopefully be a sufficient pool of capital for truly innovative startups to tap into for very fast growth. We’re already seeing a major transformation in Lebanon, with my fund Leap Ventures insisting on term sheets at international standards, working with entrepreneurs to really determine their funding needs (they tend to dangerously underestimate their needs) and providing them with needed experience in hyper growth.