By Emily Price January 8, 2016
Opinions expressed by Entrepreneur contributors are their own.

Taking selfies using a selfie stick is so 2015. One company at this year’s CES has a whole new approach to the problem: A drone. Called Lily, the gadget walked away with one of show’s Best of Innovations awards in Unmanned Systems and Accessories for its “throw-and-shoot,” a technology designed to catch video of you without the need for any controls.

The way Lily works is simple: just throw the drone in the air and start moving. Lily has 20 minutes of flight time and will follow you down the slopes, out on the water on your jet ski or even on a run around the block. The possibilities are endless. While it is up in the air, documenting your every move, the device can capture 12-megapixel stills as well as 1080p video at 60 frames per second (fps), or fast-motion video at 720p and 120fps. And it will make sure you never leave the shot, something even the most skilled cameraman will have trouble with when it comes to sports videography. 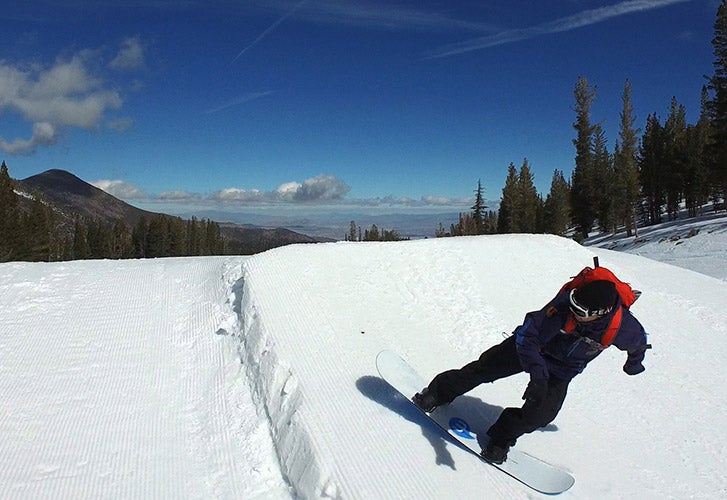 The drone is able to track you thanks to a small receiver you need to keep in a pocket or attach to you in some way. Audio is also recorded using that receiver that can later be synced with your video.

Several pre-programmed flight paths allow you to dictate exactly how you want the drone to follow you. For instance, you might set it to catch video of you from the front, or decide you’d rather have it trailing behind or beside you. Lily can hover in place over a stationary activity, or follow you at a speed of up to 25 mph. It can hover at a maximum of 50 feet above you and a minimum of five feet above your head, ensuring it stays close while not so close it might hit you. Lily is also waterproof, so you don’t have to worry about it getting too close to the lake or getting damaged in a light rainstorm. 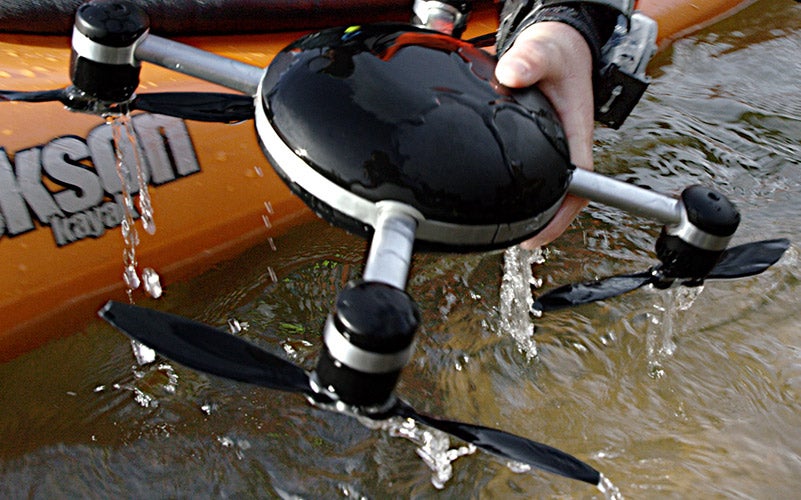 After you’re done flying, simply summon Lily back to you using the tracking device, and the drone will land in your hand, ready to head out on your next adventure.

The 2.8-pound device is the brainchild of co-founders Henry Bradlow and Antoine Baresque. The two met while studying at UC Berkeley and working in the UC Berkeley Robotics Laboratory. The company was founded in 2013, and has raised $16 million from High Line Venture Partners, SV Angel and Upside Partnership, among others.

Lily is expected to ship next month, and is currently available for preorder for $799. The price will eventually rise to $999.

Check out the below video to see it in action:

Related: Kodak Is Bringing the Super 8 Video Camera Back