By Lindsay Friedman March 1, 2016
Opinions expressed by Entrepreneur contributors are their own.

Ever try to imagine what the Internet would look like in the future? Well, Blair Erickson sure does.

The 27-year-old founder and CEO of Jamwix, a software and VFX company in San Francisco, spent four years creating Reddit 3016, according to Ubergizmo. The creation represents what he thinks the site could look like 1000 years from now. 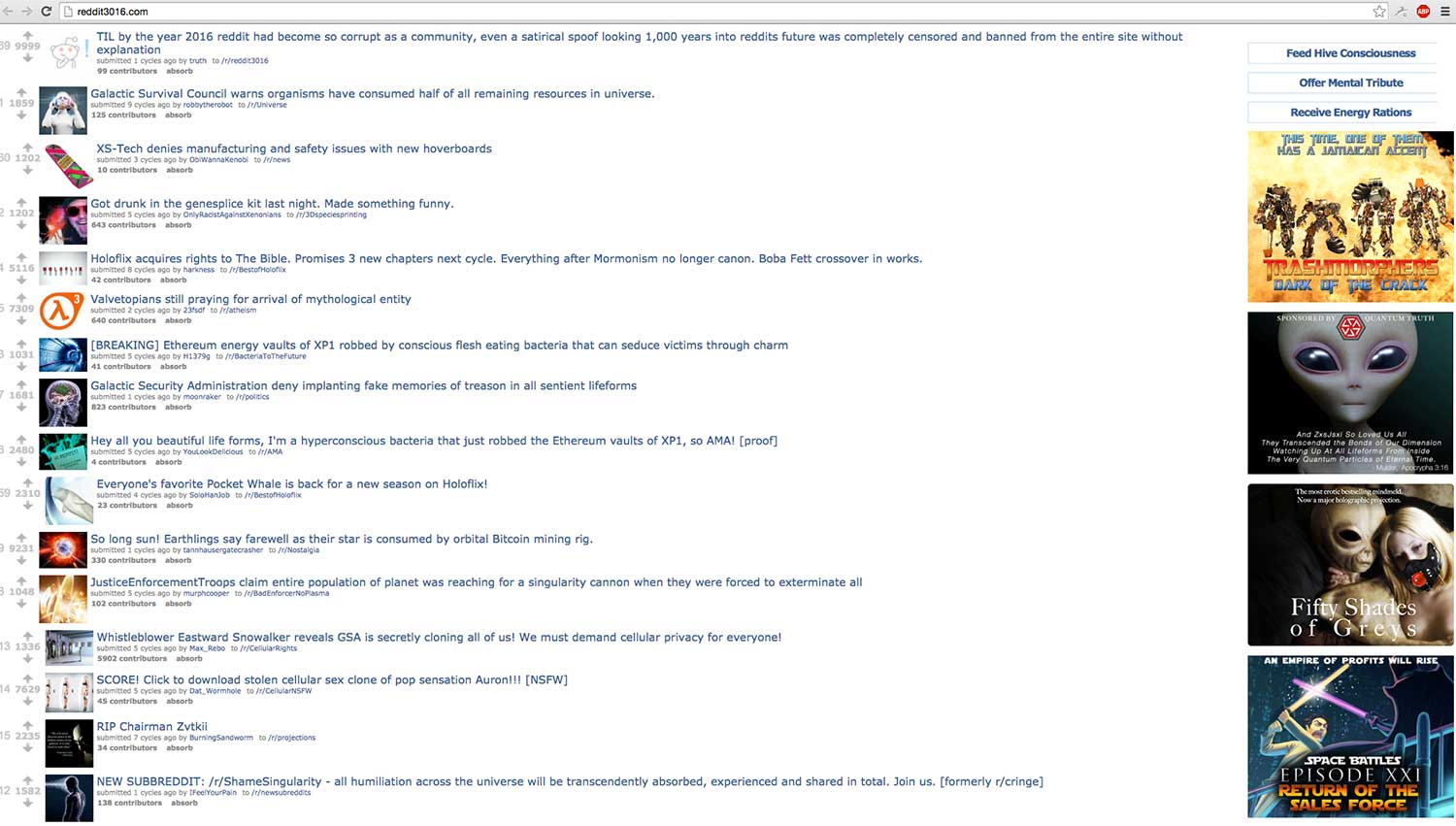 The project was originally supposed to be a joke -- a post with a photoshopped front page of the future. As one of the most popular Reddit posts in 2012, it took on a life of its own and Erickson was inspired.

According to Erikson, “The one comment that always stuck with me was users saying ‘I wish I could click those links!”

As soon as the site went live last week, Erikson posted it to a Reddit forum. Though he claims to have a pretty good relationship with the company, it wasn’t long until it was deleted from the main website and traffic supposedly died off.