Ever wanted to live completely off the grid? Thanks to the work of the architectural minds behind 1 World Trade Center and scientists from Tennessee, 3-D printing technology could one day be used to do just that.

Architecture firm Skidmore, Owings & Merrill, the U.S. Department of Energy’s Oak Ridge National Laboratory and College of Architecture and Design at the University of Tennessee teamed up to design one of the biggest 3-D printed structures ever created -- the Additive Manufacturing Integrated Energy Structure, or the AMIE 1.0, Wired reports. 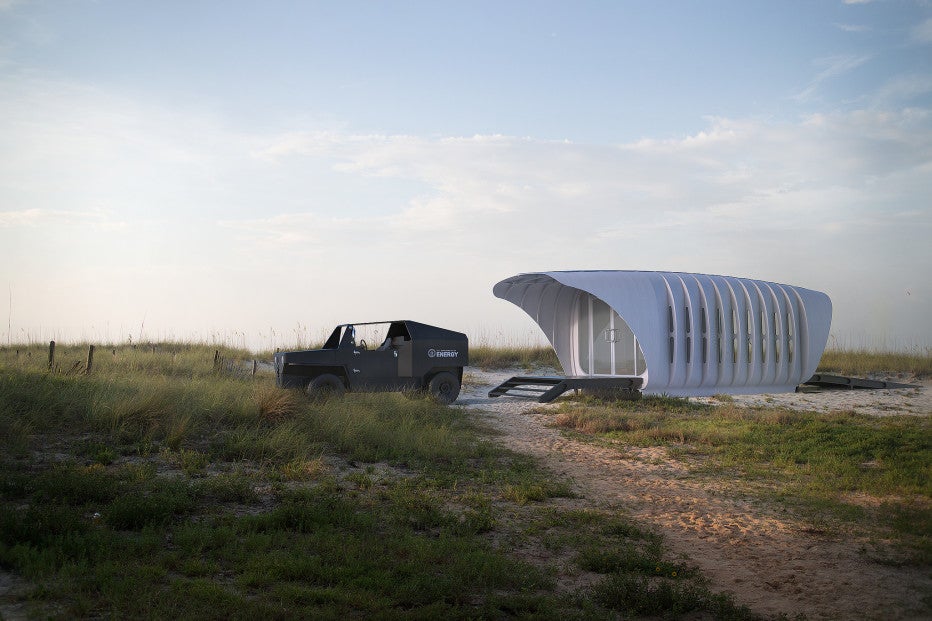 In January, AMIE made its debut at the NAHB International Builders Show in Las Vegas. So what's so special about it? It is a sustainable 3-D printed home and car that generate and share electricity. The car and house are linked together by a wireless charging pad that is switched on when the vehicle is parked on it.

The 3D-printed house, which looks a little like the skeleton of an Airstream trailer --  white and tubular with slotted sides -- comes equipped with lights, faucets, a stove and a refrigerator that are all powered by solar panels. When the appliances are turned off, the electricity is stored in the home's battery. The SUV also has a battery and a generator that runs on gasoline. If the sun isn't out, the structure can pull energy from its batteries. 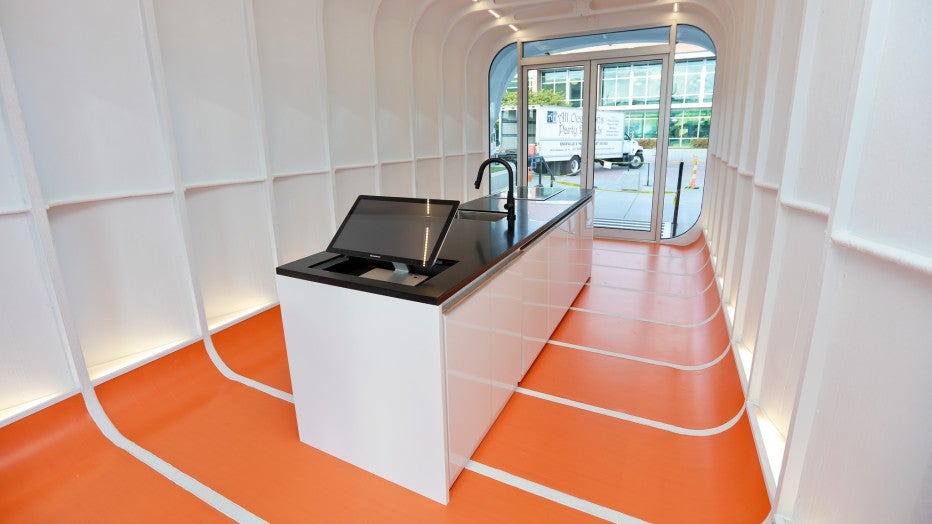 AMIE is very much a prototype, but because the structure's functional "kitchen"--complete with faucets, a refrigerator, and induction stovetops--the SOM and Oak Ridge designers were able to put their concept to the test. The wireless, bidirectional energy system worked--at least, in a controlled setting.
Image credit: OAK RIDGE NATIONAL LABORATORY
Related: High School Students 3-D Printed a Custom Wheelchair to Help This Resilient Little Kitten

The idea of sustainability has been a throughline of the project. "We were really intrigued with it because the whole idea of 3-D printing is that eventually you can design a building, and print it in a way that you have no waste," Phil Enquist, a partner at Skidmore, Owings and Merrill, told Wired.

Enquist also believes that with a continued collaboration between the private and public sector, 3D-printed homes could be made on a broader scale as soon as next year.