Crowdfunding is, at its heart, driven by a grandiose, ideological utopian vision of a democratization of finance in which the power of the purse strings is pulled down from the elite circles of legacy hierarchy and put in the hands of the people. It’s born of a rather anti-venture capital ethos.

That’s why it’s particularly remarkable to see a venture capital firm and a crowdfunding platform coming together.

New York City-based venture capital firm Collaborative Fund -- an early investor in Kickstarter, Lyft and Reddit -- announced this week that it is partnering with San Francisco-based equity crowdfunding company CircleUp, which currently has 200 startups raising money on its platform. (Collaborative Fund is also an investor in CircleUp.) The $10 million fund, called Collab+Consumer, will go to early-stage, mission-driven companies in the consumer products and retail industry.

Collaborative Fund will get access to the CircleUp pipeline of startups, which it uses proprietary algorithmic technology to analyze. CircleUp’s Classifier compiles and analyzes about 92,000 data points per company, including financials, leadership, brand, customer engagement and deal and exit potential.

“As a venture capitalist, there is no way I would be able to -- no matter how many analysts I hired -- do the due diligence that I am provided through the underlying technology that CircleUp provides,” says Craig Shapiro, founder and managing partner of Collaborative Fund, in a conversation with Entrepreneur.

For its part, CircleUp gets more investors with deep pockets putting money behind the startups it is featuring on its platform. That’s valuable exposure for consumer-product startups, which are often overlooked by venture capitalists for technology startups, the cultural darling of the VC world.

Also, potential investors on CircleUp may find the confidence to invest in a startup if a professional venture capitalist has shown interest. “The importance of having a lead investor can’t be underscored enough,” says Shapiro. “We can spark a fuse. We can be that catalyst to lead certain investments whereby other investors will have more confidence to come in behind us.”

Bringing venture capital eyeballs and dollars to CircleUp is not just an altruistic, magnanimous effort for the CircleUp team, though. The more money that investors dump into startups on CircleUp, the more money the fundraising platform itself makes. That’s because CircleUp, which has reported helping more than 160 companies raise more than $180 million, earns an average 5 percent commission.

The partnership between Collaborative Fund and CircleUp is a likely a harbinger of future innovations in the way that startups get access to money and the way that investors identify startups seeking capital. “Private financing was limited to a really small number of wealthy people, historically, and I think that pendulum is shifting more towards a democratization, more towards being inclusive of a broader group of people,” says Shapiro. 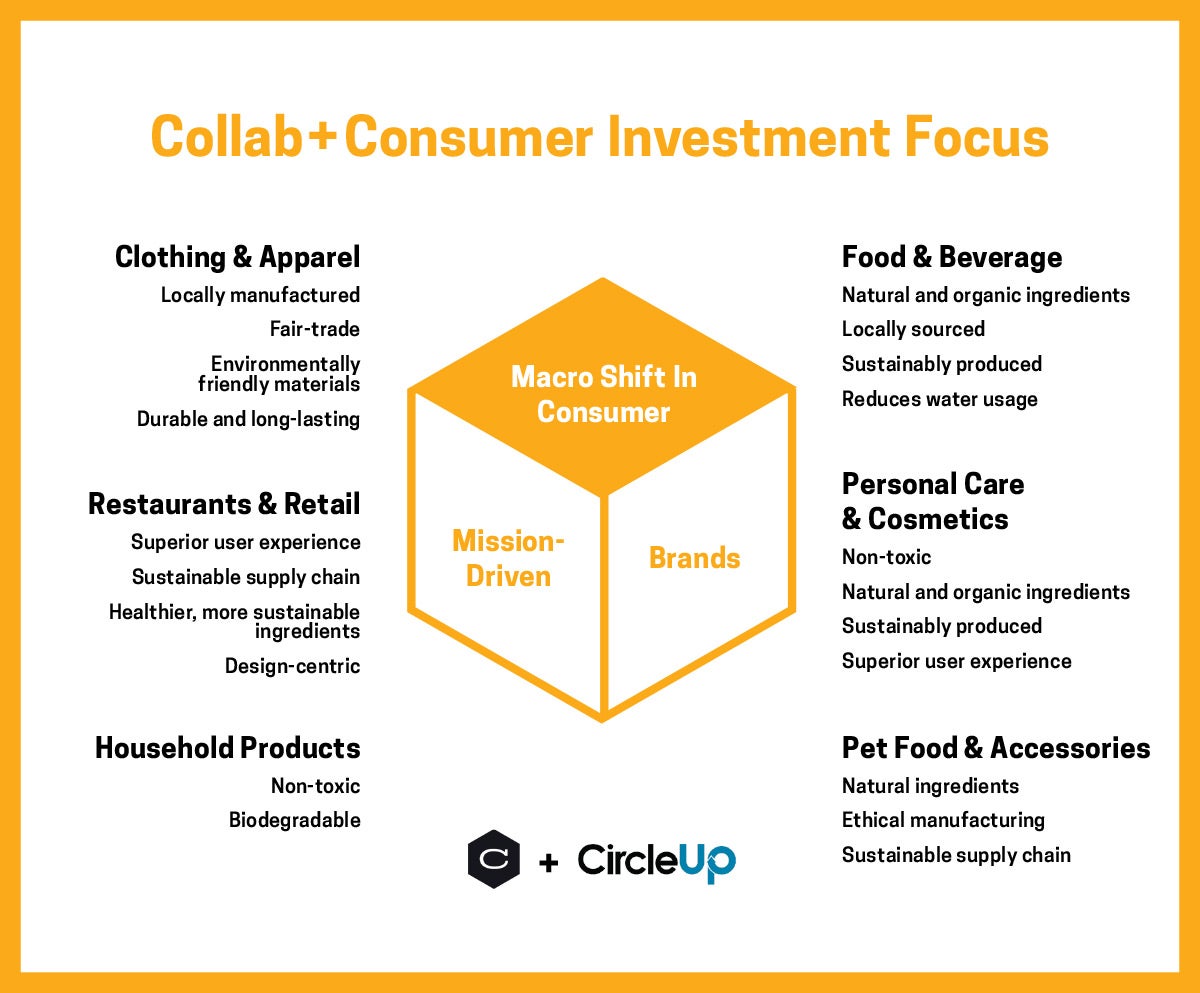 Indeed, CircleUp markets itself as pioneering “marketplace investing,” rather than embracing the term “equity crowdfunding.” That’s because the word “crowdfunding” belies, for many people, the size of the investments being made on the platform. When CircleUp launched four years ago, the average investment was about $15,000. Today, it’s more than $100,000. We're not talking about Kickstarter here. CircleUp says that the term “marketplace investing” promotes the notion that it’s easier than ever before, thanks to the Internet, for investors to find companies that are seeking investment.

That’s not to say that venture capital or crowdfunding will entirely disappear as finance models, but rather that they will increasingly become synergistic. “I think it’s more of a grayscale or a blend than I do a black or white thing. I don’t think it’s VC or crowdfunding. I think there are advantages and disadvantages to both,” says Shapiro. “In the long term, I think it’s a symbiotic relationship.”

Related: Kickstarter Wants to Be More Than a Crowdfunding Platform

That symbiosis is as follows: Crowdfunding, or marketplace, firms bring together investors with entrepreneurs. Venture capital firms bring larger pools of money and hands-on mentorship in advising and guiding startups, says Rory Eakin, COO and co-founder of CircleUp, in a conversation with Entrepreneur.

“We are seeing traditional incumbents recognize that online platforms, and the digitization of their industries, can be beneficial for them,” says Eakin. “We don’t view ourselves as competitive at all with Collaborative Fund, or with the best venture capital firms do, and their operating model. We are a tool to help them be more effective.”

Related: Only 1 in 3 Americans Have Heard of Equity Crowdfunding

To be sure, not all venture capital firms will partner with crowdfunding platforms. There is always resistance to change. “The best venture firms will thrive in this environment, but not all venture firms will adapt,” says Eakin. “If you are supportive of helping entrepreneurs thrive, creating more opportunity for more small businesses across the country and spurring economic innovation, you want to bring all parties to the table. You just want to do it in a more transparent, open way, not a historical old boy’s network that has lead to disproportionately fewer new ideas being funded.”

But for the most innovative people in the space of entrepreneur finance, the new no-man’s-land between venture capital and crowdfunding is a dynamic grey area with a lot of fertile ground for opportunity. “For a small, kind of scrappy venture capital firm like Collaborative Fund, that works in our favor," says Shapiro. "We are embracing that change instead of trying to thwart it.”