How Has Weak Funding Changed Investors' Approach This Season?

In an interview to Entrepreneur, Vivek Gupta, partner at BMR Advisors talks about the importance of legal advice in fund raising process. BMR Advisors offers a whole host of M&A, tax and risk advisory services to domestic and global business. Vivek also said that a weak funding environment has prompted several funds are “revamping their investment philosophies.” 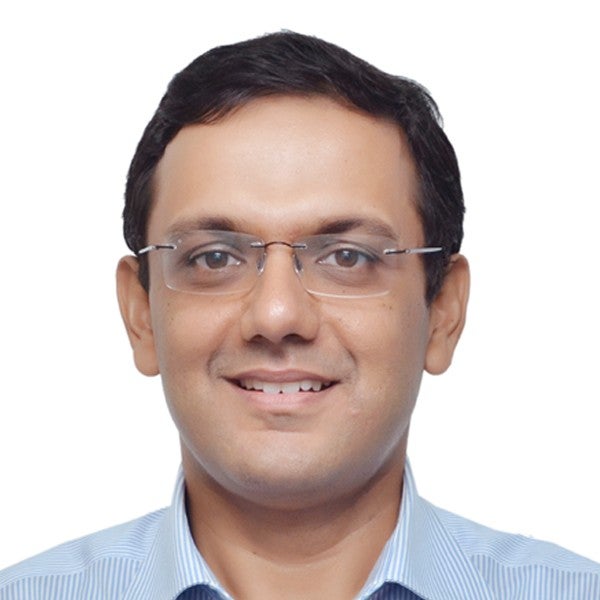 Has the approach of an investor changed due to weak funding?

There are three discernible trends to take note of -- firstly, with investors still looking to exit close to 70% of $50 billion worth of investments made during 2000-08 period, focus is shifting from copy-cat models to sustainable models with strong unit economics. Bottom line is becoming the flavour of the season versus top line.

Secondly, with an onset of a weak funding environment, private equity and venture capital funds are adopting a more cautious approach to deal-making and are expected to spend more time on evaluating opportunities. Given the high deal activity in 2015 and 2016, funds were getting coerced to close out deals due to competitive dynamics. Now besides conventional due diligence which is expected to be more thorough, scope maybe expanded in specific cases to include litigation history, political affiliations, unfavourable publicity, promoter background checks, and other such information unavailable in the public domain.

Thirdly, several funds are revamping their investment philosophies. On one hand, early-stage investors feel that the startup space is getting overcrowded and are looking to invest in growth-stage companies. On the other hand, many venture capital funds such as SAIF, Helion, Matrix, to name a few, are leaning towards early-stage deals to catch companies young as valuations of startups begin to soar in a short span of time.

Promoters should brace themselves with tempered valuations

VC and angel investments reached an all-time high in 2015 with approximately $5.5 billion worth of investments. However, given the first quarter deal activity, the frenzy is now slowing down and the deal environment is expected to witness a significant correction in 2016. To give a perspective, during the January to March 2016 period, early-stage investments have been in the range of  around $400Mn, roughly a 70% drop compared to the quarterly average in 2015.

At the backdrop of low deal activity, it is imperative that startups go back to the business fundamentals which are supported by solid execution. This will separate the leaders from the followers. Moreover, it is essential for promoters to take a reality check and brace themselves with tempered valuations. Doubts about the sustainability of the e-commerce companies has been highlighted in February with Morgan Stanley downgrading the value of Flipkart by around 27 percent- this trend of cut in valuation is likely to mimic in many other companies across sectors.

The softer the funding economy, the more judiciously one should use the existing cash reserves, even at the expense of scale. A capital-efficient approach including accessing capital via bridge financing before a mainstream round, can help in extending the runway as well as make companies stay relevant in the market instead of shutting shop.

Importance of a legal team in a startup

Startups need to be mindful of legal issues right from the very start – this is not to say that they need to invest in an in-house team but leveraging an external counsel on a need basis at the right time is important.

PE funds do not want to invest in companies that are entangled in legal disputes or have material non-compliances. More than $500 million PE investments are presently stuck in legal disputes in India, which is a no-win situation for any stakeholder.

Startups tend to get into limelight, as funding rounds and innovations get constantly publicized. This also puts them under greater scrutiny with the regulators. Many startups enter unchartered waters with disruptive products and services, where there are no established standard practices. Regulatory concerns plaguing the online taxi operators, is one such example where players such as Ola and Uber are at odds with several state governments due to lack of clarity on app-based taxi aggregators.

Legal advice becomes very vital during any fund raising process. Entrepreneurs do not always fully understand implications of several clauses drafted in the legal documentation and are often caught with a rude shock when investors exercise their rights subsequently. This is commonly followed by litigation, which can adversely impact businesses and in many cases lead to its downfall. Poor corporate governance is another major reason for litigations to arise.

How investors evaluate startups can vary on a case-to-case basis but certain rules of thumbs can be applied.

Early-stage investors lay significant emphasis on the idea and team since there is limited history of financial or operating performance. The opportunity should cater to a sizeable addressable market with enough headroom for a new company to gain a meaningful market share and achieve a satisfactory IRR for the investor. Proof of concept becomes vital to demonstrate product acceptance.

It also becomes vital to exhibit that scale can be achieved in the business without compromising on profitability. Robust unit economics with healthy gross margins are the order of the day.

In many cases, companies tend to mistake absence of competition as a potential opportunity. But at such times, it can imply that the opportunity itself is “early”, making the timing to on-board an investor inappropriate. As an example, a company operating in the solar space in India may be doing well on numbers, but may not see enough traction from the investor community who are more concerned to see how the space plays out in the mid-term. For such situations, it is recommended to wait out and launch the fund raise when there is enough buzz in the market.

Last, having sound governance practices is equally important. Investors typically stay away from companies with poor governance norms as it makes them susceptible to operational inefficiency and in certain extreme cases even frauds leading to quick erosion of significant value.

Understanding the customer is one such key area of focus. Companies can immensely benefit by integrating analytics in their strategy to gain insights into the customer behaviour, which helps in both customer acquisition and retention. Analytics is increasingly being accepted as a powerful means to allow for a more targeted channel to reach out to potential consumers.

A proactive approach towards embracing changes in the market by altering existing business model is also critical. A well-discussed case in point is Snapdeal’s transition from a daily deals website to an e-tailing marketplace just as the e-tailing market was ready to explode.

Yet another effective way to garner market share is by adding capabilities across the value chain, in a calibrated way, so that companies can own customer experience from start to finish.  While well-capitalized e-commerce players are investing in logistic players as a step towards achieving this objective, it also creates challenges of managing two industries instead of one.

That said, it may not be prudent at all times to capture market share, especially at the cost of discounting. For example, the companies in the baby products space have been fighting a price war since long to the extent that margins have completely eroded and survival is getting difficult. This model is also visibly reflected in the more prominent horizontal categories of e-tailers, who are making extremely tough for companies, whether large or small to co-exist, setting the ground for consolidation.