By Lama Ataya May 10, 2016
Opinions expressed by Entrepreneur contributors are their own.
You're reading Entrepreneur Middle East, an international franchise of Entrepreneur Media.

There are many good reasons for tackling female workforce participation as a matter of priority in the MENA. The potential economic benefit of increased women’s employment is striking. According to recent estimates, if women’s participation in labor markets in the MENA region equaled that of men’s, the regional GDP could rise by 47% over the next decade, and the region could realize $600 billion in economic impact annually ($2.7 trillion by 2025) as mentioned in the McKinsey Global Institute’s Power of Parity report published in September 2015. 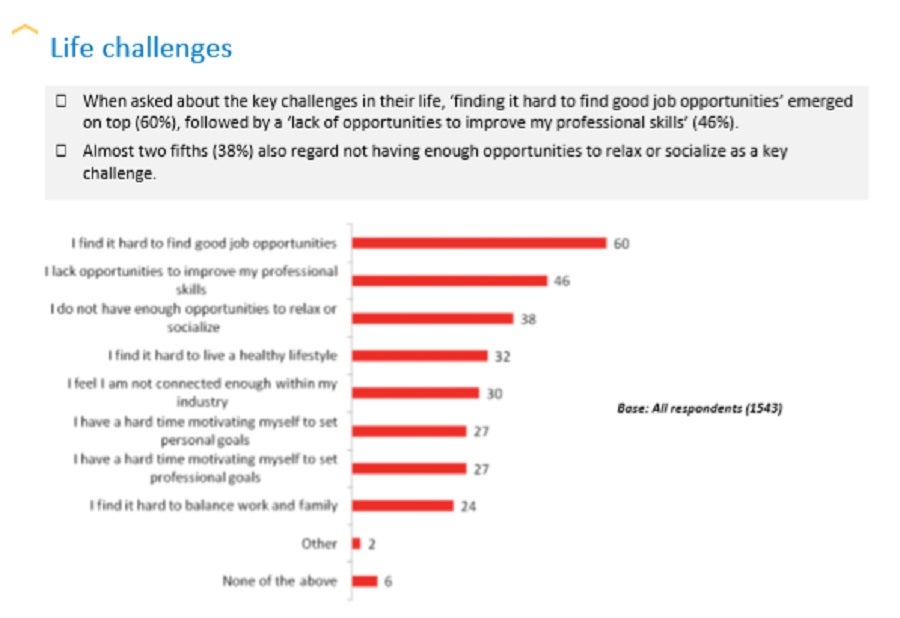 While the Bayt.com Status of Working Women in the MENA Survey, December 2014, shows that the top challenge faced by women in the MENA today is finding a job (60%), findings from First Jobs for Young Women in the MENA: Expectations and Reality, a white paper created by Bayt.com, Education For Employment (EFE), and YouGov, suggest that there are tangible steps that governments, employers and women themselves can undertake to increase women’s participation in the workforce. These measures include encouraging entrepreneurship and enhancing the role of SMEs in attracting and retaining female talent.

Here are some of the recommendations suggested by the white paper to better facilitate the economic participation of women in the MENA region.

1. Enhancing the role of SMEs

Although SMEs are expected to comprise a significant portion of MENA’s job growth, only 7% of young women looking for a job indicated that they would most like to work in a small or medium company, as compared to 35% who said they would rather work for multinationals, and 26% for the government or public sector.

These preferences appear to be misaligned with the proportions of young women who are actually employed by each organization type: 23% of employed women work in SMEs, versus 22% in multinationals and 17& in government. To link more women to careers in SMEs, SMEs can focus resources on adopting high-priority policies such as flexible schedules or childcare, and on leveraging the networks of current employees for recruitment – all benefits highly desirable by women, according to the First Jobs for Young Women in the MENA: Expectations and Reality white paper.

There is a very significant case to be made for creating sustainable economic growth by encouraging a spirit of entrepreneurship among women in the MENA. The Entrepreneurship in the Social Sector and Arab Springs survey conducted right after the Arab Spring by Bayt.com in partnership with the Program on Arab Reform and Democracy at Stanford University’s Center on Democracy, Development, and the Rule of Law, shows that the Arab Spring had a positive effect on driving higher interest in both economic and social development.

To encourage entrepreneurship, governments need to reform the regulatory framework and lower the barriers for new company incorporation and continuing operations. For young women in particular, creating entrepreneurship programs, providing proper funding, and stimulating interest among young women in entrepreneurial opportunities could go a long way. 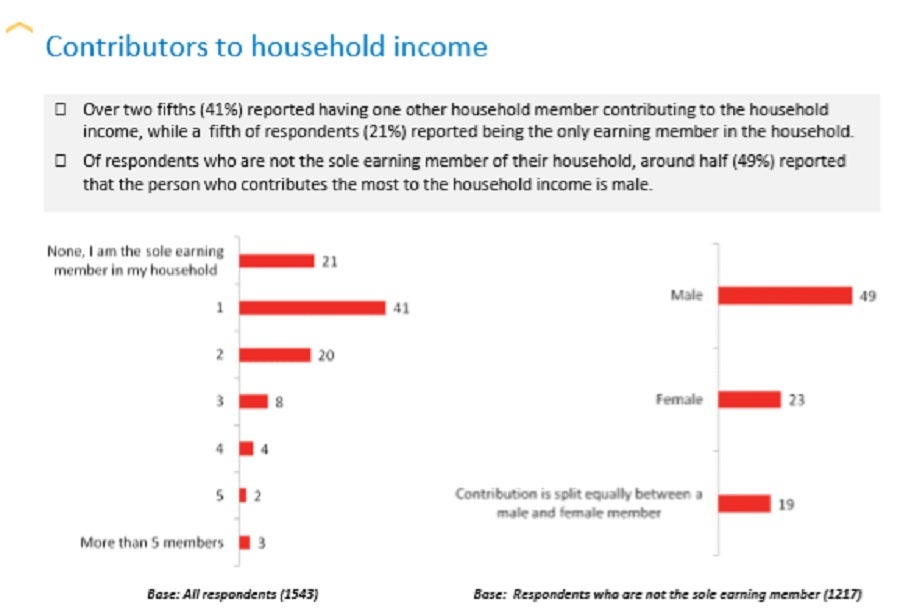 How can you be a successful female entrepreneur in 2016?

Women have long been perceived as the homemaker, the childminder, the wife- and have been expected to place their careers on the back burner. Thankfully, these outworn modes of thinking are slowly falling by the wayside. More and more, women are achieving their professional goals, and making vital contributions to the successes of individual businesses and the overall economy. Here are a few tips for overcoming the challenges facing aspiring female entrepreneurs in the Middle East.

Start a business that works for you and fits with your personal life. There are no rules as to what a “real” business looks like. For some businesspeople, success might mean an international operation with hundreds of employees and annual revenues in the tens of millions.

For others, a small consulting firm or artisan business that pays a healthy salary and allows generous personal freedom might be considered the pinnacle of success. The key is to take the time early in the planning process to consider this question and decide for yourself what your ideal vision is for your business and your personal life.

Networking involves actively cultivating relationships with people, businesses, community leaders, and others who present possible opportunities for your business. Networking is not the same thing as sales: rather than the simple goal of making a sale, a huge goal of networking is to inform other businesspeople and influential people about what you do in hopes that they will recommend your business to their circle of contacts.

You are “networking” every time you attend an event held by a local trade association, get to know other business owners and community leaders, write a letter to the editor, participate in an online discussion group, or have lunch with another business owner.

3. Get the right funding for you

If you need startup or expansion financing, consider sources other than traditional banks. One of the concerns most commonly cited by women entrepreneurs is difficulty finding startup financing. And it is little wonder: traditional banks typically don’t lend money to new ventures that don’t have a track record of success or creditworthiness.

Instead of focusing on conventional banks, you should instead look for angel investors, private sector business incubators, and other institutions that have a vested interest in local startups. 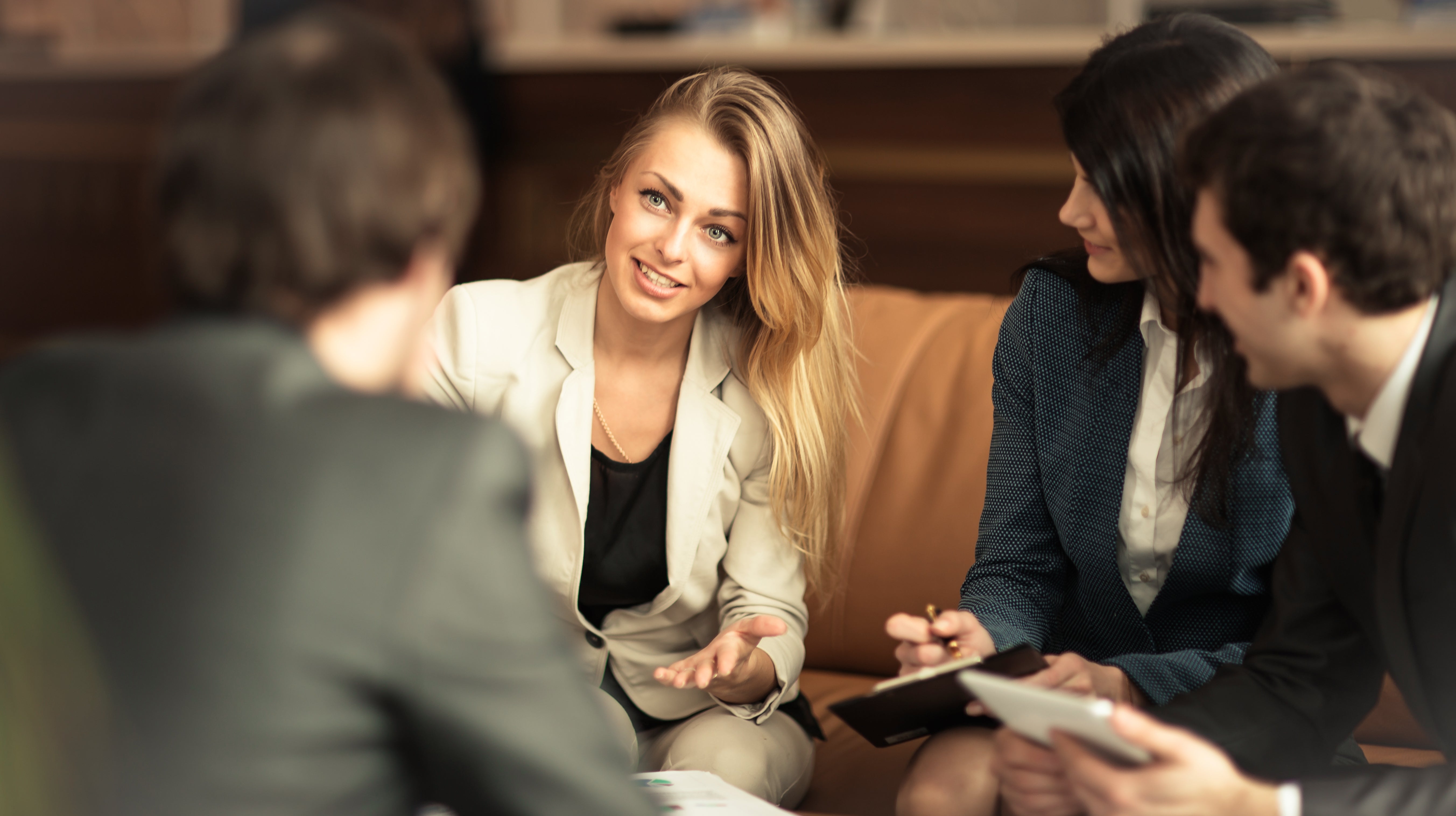 Even today, the reality is that women still need to balance their work and domestic responsibilities to a far higher degree than men. This requires that the ability to manage time and set priorities be even more developed.

First, be proactive at work and at home- plan appointments well in advance, maintain a long-term budget plan and schedule of work that needs to get done, and make sure the two don’t clash. You should, however, be aware that unforeseen circumstances may arise, so allow for flexibility in your schedules.

People’s first impression, needless to say, will often carry a lot of weight in determining their perception of you. According to the Influence of Personal Appearance on Hiring Decisions poll, March 2013, 83.4% of respondents believe that there is a link between appearance and success.

Dressing professionally will help to mark you as a professional and serious business owner. It is not enough to be good at what you do, to be passionate and dynamic in your work, to be a font of innovation and vision; in order to achieve professional success, you must be seen to possess all of these attributes, and more. Perception matters in the professional world.

Entrepreneurship is no easy feat. Keep in mind that many women have faced similar obstacles and made it to the top. Take pleasure in the work you do. Have belief in your own abilities. Keep on improving, keep on learning. And don’t expect rewards to fall into your lap- ask for them, and ask for them again.