There Is No Such Thing as Raw Talent. Greatness Is a Product of Quality Training and Hard Work, Experts Say.

It’s terribly seductive to believe that successful people are born with a natural gift. That makes it much more palatable to swallow any shortcomings in our own performance.

Trouble is, there is really no such thing as natural talent.

So claim co-authors Anders Ericsson, a Conradi Eminent Scholar and professor of psychology at Florida State University, and Robert Pool, a science writer, in their new book, Peak – Secrets from the New Science of Expertise (Eamon Dolan/Houghton Mifflin Harcourt, April, 2016).

“What we are saying here is that we can explain what people observe and call ‘talent’ and account for it as the result of engaging in training activity,” Ericsson says in an interview with Entrepreneur. “We don’t know of any evidence, when you exclude body size and height, that there are really prerequisites that would make some less likely to succeed than other individuals who are willing to engage in the appropriate training.”

To be sure, it's going to be impossible for an elite gymnast to be competitive in a game of one-on-one basketball with Charles Barkley.

Otherwise, however, excelling in one subject matter or another is a matter of practice, not innate raw talent, the authors say. This might be frustrating news to those who have spent their lives convinced that they are “just bad at math” or “just terrible singers.” And instead of spending years noodling around in search of a true calling, we all might be better off to pick an area we are interested in and fearlessly dedicate ourselves to that area.

Related: If You Don't Think You Were Born to Be an Entrepreneur, Fret Not. You Can Learn to Be One, New Study Says.

“A lot of people believe that there is massive amount of evidence that people have their gifts and that they should go out and look for what that gift is. That’s what you are spending your teenage and college years sifting through and sampling things and then finding your gift, but what I find with most college students is that they never find their gift,” Ericson says. “We argue that there is no gift to be found, basically that we are much better off picking something that they want to be good at and then use all of that know here about you can effectively achieve a high level of performance.” 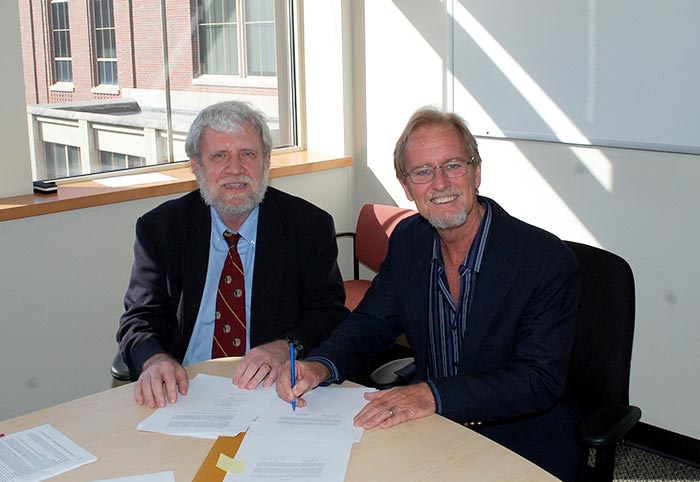 Ericsson began investigating the idea of talent in the 1970s. He worked with a college student by the name of Steve Faloon to see if the capacity to remember random strings of digits could be extended. After about 400 hours of work and training, Faloon was able to expand his capacity to recite back randomized strings of digits from seven, which is normal for most of us, to 80.

The notion that practice, full stop, is the key to success has been largely popularized by Malcolm Gladwell’s hypothesis of The 10,000 Hour Rule that states that really anyone can become successful at something if they dedicate 10,000 hours toward mastering it.

Related: Why Single Women Are Quicker to Jump Into Entrepreneurship

Where Ericsson and Pool differ is that they say that practice is not enough -- it has to be smart practice. Putting in time repeating the same efforts on repeat is not going to make you an expert at anything. Rather, an individual has to be exceptionally self-conscious of the time being spent working on a task and needs to be working with a teacher who is a master of the particular topic already.

“If nothing is going on while they are training, there is no automatic improvement. To get improvement you have to do what we called purposeful practice where you actually identify things that you want to change,” Ericsson says. “And the way you do that is not doing more of what you were already doing but by finding training activities that allow you to stretch and improve certain aspects.”

Stacking hours of practice endlessly on top of each other won’t accelerate the process. Instead, you'll just get tired.

“There are constraints here on how many hours you can sustain that concentration to make improvements. And that will be a limiting factor,” Ericsson says. “Also by pushing yourself, spending more time, you can get psychological burnout, where there is no physical problem, it’s just that you are tired and you have lost your motivation. And that is something that happens occasionally when people put in too much effort. You need to find that perfect balance where you push yourself as much as is necessary and then you get enough rest so that the body can actually rest up.”

While Ericsson’s research may have you thinking that the world is your oyster, it’s only going to be your oyster if you are open to it. You also have the power to slam shut that same oyster.

Related: These New Under Armour Ads Will Remind You That Glory Is a Result of Focus

If you have a bad experience early on with math, music or art and then spend the rest of your days convincing yourself that you are just not talented at a particular skill, then you can manifest that, too. 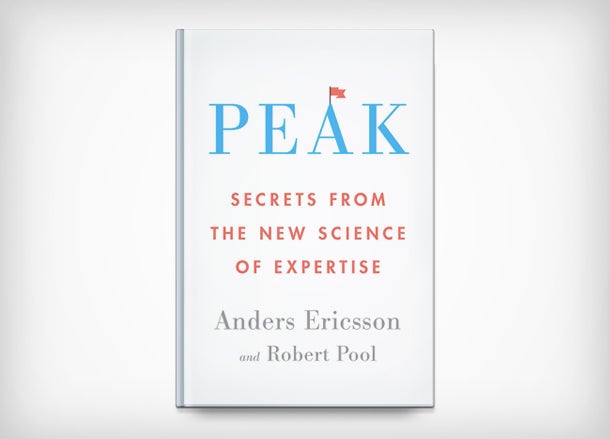 “I don’t think there is any solid evidence that people can’t do things. But I think it is very well established that if you for some reason you have a bad experience and you start avoiding something, you obviously are not going to be a very good performer because of what we are arguing here,” says Ericsson, who points to individuals detailed in the book who at middle age started pursuing singing and eventually got to a relatively impressive skill level. “In order to get good, you have to have to spend a lot of time doing that math. And we find the same thing when it comes to drawing and singing.”

So to sum up Ericsson and Pool's argument: While you may not be Mark Zuckerberg, Jeff Bezos or Elon Musk right now, the only thing that is guaranteed to stop you from becoming the blockbuster entrepreneur that you dream about becoming is if you decide that Zuckerberg, Bezos and Musk are born with some special magic fairy dust in their brains.